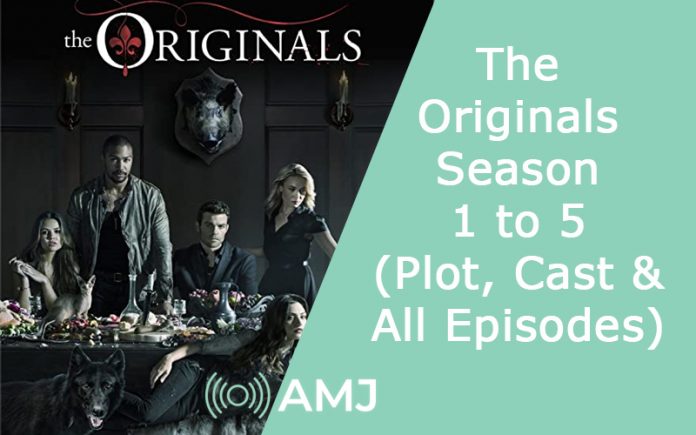 The American audience the world television audience had been introduced to a completely new genre of supernatural drama with The Vampire Diaries. The Originals, a spin-off of The Vampire Diaries added to the juice when it was first aired on The CW on October 3, 2013. The television series narrates the lore of the ancient bloodline of the vampires and how the rightful predecessors fight for their honor and glory.

The series takes the audience into the world of supernatural beings with voodoo and black magic practices. With vampires, werewolves, and witches it looks like a paradise for viewers who are in for suspense, thrill with a flavor of supernaturalism added to it. The television show also reminds you of The Vampire Diaries and hinges you to your seat with its unique content and story-telling style.

With ninety-two episodes in total, let us go through the plot of the series to understand it better.

The plot of The Originals

The plot of the famous television series reflects a story of vengeance, betrayal, and glory. Moreover, it takes the audience in a medieval age of fantasy filled with thrilling supernatural figures.

The story is about the lives of the three original heirs of the first-ever vampire family on the face of Earth. The three Mikaelson siblings come back to the city, which they had built, and were forced to flee by their father. The first season revolves around another life that will emerge in the Mikaelson family. The challenges that the Originals face to provide a secured future to the newborn is all that the first season is about.

The second and the third season deal with prophecies and enemies that threaten the arrival of the baby as well as the wellbeing of the Mikaelsons siblings.

The fourth season reveals that the Mikaelsons have avenged their way to a glorious victory and have returned to New Orleans slashing and killing their way through whatever evil crosses their way.

The fifth and the final season has a more dramatic aspect to it and pivots around the struggles that the Klaus family has gone through all these years. The final season ends with a note of harmony as the family reunites to keep the bloodline of the originals intact.

The Cast of The Originals

The series hosts numerous characters with quite a several guest appearances. Owing to the plot that the show features, the only original bloodline of vampires find its way through some well-known names listed down as follows:

The show consists of five seasons with ninety-two episodes. The series with anti-climax and climax took the viewers through a windy road of love and betrayal. All the episodes can be streamed on Amazon Prime and Netflix. Given below is a list of all the episodes aired.

Index of The Originals Season 1

Index of The Originals Season 2

Index of The Originals Season 3

Index of The Originals Season 4

The Originals narrates the tale of the ancient and the one and the only bloodline of the vampires. The series pivots around the three major characters of Klaus, Elijah, and Rebekah. Each episode reveals a new twist in the story of these blood-sucking beasts and manages to keep its viewers glued to the edge of their seats. With an IMDb rating of 8.2, it would be folly to give the show a pass.

1. Where were The Originals filmed?

The Originals was filmed majorly in Georgia while some scenes were shot in New Orleans.

2. Is The Originals a sequel to The Vampire Diaries?

No, it is a spin-off of the Vampire Diaries.

3. Is there a sequel to The Originals?

Yes, the web series The Original: The Awakening is a sequel to it.