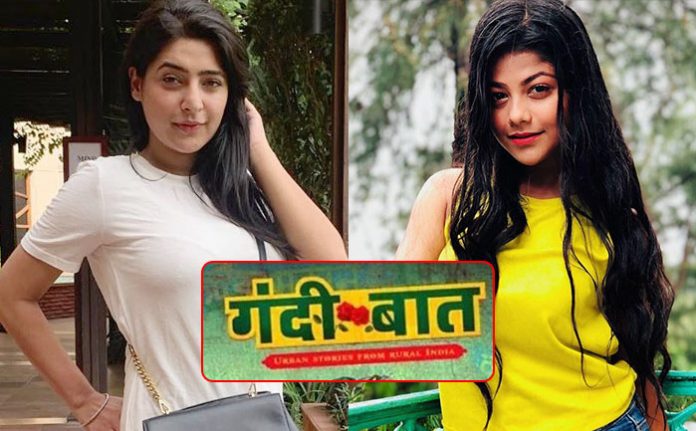 With the growing popularity of the OTT platforms, people are switching from television to web series. If you are one of them and have been meaning to binge-watch a few shows over the weekend, there are quite a plethora of options to choose from.

From the Hollywood shows to the desi Indian web series, the options are abundant. Even in terms of genre, there are quite a few that you can take a look through. If you have been meaning to watch Gandii Baat, you have come to the right place.

Here, we are going to give you a brief rundown of all the episodes of the show and where you can watch it. 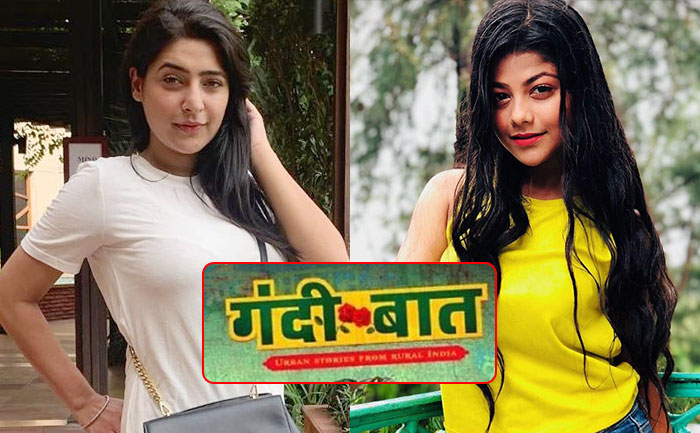 If you are one of those people who don’t like their web series spoiled with spoilers and even a brief tagline for each episode, we’d suggest you scroll down to the bottom for the watching links.

That aside, here we are going to discuss the four seasons of the show along with a brief logline for each episode in the seasons so you can decide for yourself whether it is worth the watch or a hard skip.

As for a brief overview of the web series, it is an adult web series that brings out some of the urban stories based out of rural India. The show is meant for adults and contains graphic scenes that might not be suitable for kids, so make sure you watch them with caution.

If you want a quick overview, each episode unfurls a hidden kink and side to the rural side of India that leaves the audience with their mouths wide open.

The second episode of the series is titled Tharki Buddha or Pervert Uncle if we had to translate it. The cast includes:

The plot of the episode follows the character of Rajendra, who finds himself deeply rooted in the web of technology. But, his actions end up bearing consequences that affect his family life, including his wife, son, and even his daughter-in-law’s life.

The third episode of the first season is titled Vasu Nag and is the one with the maximum star cast. Some of the major characters include:

The plot of the women narrates the dissatisfaction of the women in the village in terms of physical pleasures from their partners. But, things take a complete turn when a mysterious snake makes an entry, persuading the women to take better dominance in the bedroom.

The fourth and last episode of the first season of Gandii Baat is titled Preeto Rani and features the following star cast.

The plot of this episode can come off as a little disturbing for some viewers. It follows the life of Preeto, a dominant woman who likes control in her life and also tries to imply the same on the men around her. But, as she is challenged by her son-in-law, things get complicated when he tries to seduce her into his bed.

Unlike the first season, the second season of the show consists of five episodes – Bai-S**ual, Jadui Mahal, Gibraltar, Love S*x and Betrayal, and Gudiya Rani.

The first episode of season 2 is titled Bai – S**ual and features the following star cast.

Devastated after finding her husband cheating on her with Sajeeli, Neeta is faced with questions in her mind. Additionally, she further ends up proposing an idea to her husband that leaves everyone stunned.

The second episode is titled Jadui Mahal and is one of the most interesting ones in the entire season. The star cast includes:

Aside from the main theme of the show, this episode packs in a lot of thrill to it. The plot revolves around an abandoned fort in the village that everyone is afraid to go inside. But, beating all the odds, the village sarpanch decides to go inside and find what the fuss is all about but things take a complete turn after that.

As for the plot, it highlights the constant desperation of Bhushan who is adamant about getting married to Seema as soon as possible. Things take a turn when she takes things into her hands and decides to put a stop to the constant pressure imposed on her.

The penultimate episode of the series is titled Love, S*x, and Betrayal and is everything the title suggests. The cast includes the following stars.

This one episode harbours every last thing that you need to know about the difference between love, lust, and desperation. The episode highlights the pivotal characters and the journey they set on to find love and distinguish them from constant lust feelings.

Titled Gudiya Rani, the last episode of season 2 and packs in a lot of twists and turns from the start till the end. The cast includes:

The plot of the episode follows the life of Kishan, a hardworking truck driver who finds himself unconscious. When he regains his consciousness, he finds the surroundings a bit off and realise that not only is he in an extremely weird place but he is kidnapped and married as well.

The penultimate season of the show consists of four episodes like the first one. The third season prolongs the storyline of the series and takes you along an adventurous ride from the start till the end. The four episodes include Rajkumar, Harpreet weds Harpreet, Sonam Le Li, and Honeymoon on Wheels.

The first episode of the third season of Gandii Baat is weird but in a way that leaves you inquisitive. The cast includes:

The plot of the episode revolves around several boat drivers and a host of the family who doesn’t just have a weird and unsung relationship among themselves but also with the boat.

Every person who watched the second episode of the third season has said that it left their mind boggled from the start till the end. As for the cast, it includes the following people.

The plot of the episode revolves around the life of a Canada returnee, Joginder who returns to India to attend his friend’s brother’s wedding. The confusion starts when the groom, named Harpreet, is set to marry a girl named Harpreet. Things take an even confusing turn when Joginder crosses path with another stranger named Harpreet.

Sonam Le Li is what the third episode of this season is titled. It packs in a lot of controversies and twists that leave you on the edge of the seat. The cast includes:

The plot of the episode revolves around the life of a politician who has an extra-marital affair with a prostitute named Sonam. While things are hush, in the beginning, the secret is soon spilled out and chaos ensues.

The last episode of season 3 is titled Honeymoon on Wheels and is filled with suspense from the very beginning. The cast includes:

This suspense-filled episode starts with a couple who sets off on their honeymoon on a bus. But, the destination they are going to is a haunted village and weird things happen throughout the episode, including the disappearance of the bus.

The last and the most recent season of Gandii Baat comprises of five episodes, each equally riveting and interesting to watch from the start till the end. The last season’s episodes include Betaab Dil ki Tamanna, Who Saat Din, Mera Pyaar Paan Nahi Jisme Tum Chuna Laga Do, Pati Mera, and Meetha Meetha Pyara Pyara.

The first episode is quite an interesting and tumultuous ride. The cast includes:

We’ll withhold from sharing the plot of the first episode because even a slight logline will eventually give away the actual twist and climax to the plot.

The second episode, Who Saat Din has a very unique storyline. The cast in this episode includes:

The plot follows the general folklore surrounding the village in which the men’s and women’s roles in the village are reversed for 7 days in a year. While everyone follows the rules as it has been going on for years, two men who married local women in the village break the myth.

The third episode of the show is titled Mera Pyaar Paan Nahi Jisme Tum Chuna Laga Do and has a very limited star cast who have managed to leave their audience hooked.

The plot follows the life of Jayant, a stand-up comedian who is unhappy in real life because of his marriage. On a hunt for a good quality almirah, Jayant meets Kamlesh, who become friends and lovers eventually. But, upon opening the almirah that he bought, he finds the corpse of Kamlesh’s husband, whom she murdered.

Pati Mera is the fourth episode of the last season and packs in a lot of twists and turns along with the entire episode. It stars:

The plot of the episode follows the journey of some city women to an agrotourism spot. While the village men are enamoured by their beauty, the women have a whole different plan chalked out for getting money from them.

The last episode of the last season of the show is titled Meetha Meetha Pyara Pyara. The cast of the episode includes:

The plot of the episode follows the life of Kusuma, who is extremely curious about exploring sexualities and physical intimacy but is terrified of the actual act. She soon crosses paths with a group of friends who are on the same page as her and helps her overcome the constant fear and hesitation she faces.

How to Watch Gandii Baat?

If you have been meaning to watch Gandii Baat, this article summarises every last detail that you likely need to know about. From the basic logline to the process of streaming it, we have sorted you out with all the necessary information. Make sure that you start with the first season and go in chronological order for the best experience watching it. Since this does contain a few adult scenes in each episode, we’d suggest you watch it with caution, especially if there are kids around.

Where can one watch Gandii Baat?

Is Gandii Baat a worthy watch?

Yes, most definitely. If you want to explore some unsung adult web series on the internet, this is your best bet. It has a good balance between adult scenes and the social messages that it wants to convey.

Since Gandii Baat is available for free streaming on Alt Balaji or Zee5 so you can directly watch it there instead of downloading it unnecessarily from illegal websites.

Is there a seventh season of Gandii Baat?

Following the widespread popularity of the first few seasons, Gandii Baat is likely going to be renewed for a seventh season too. However, there is no official confirmation for the same yet. There are no official release dates for the second season yet.