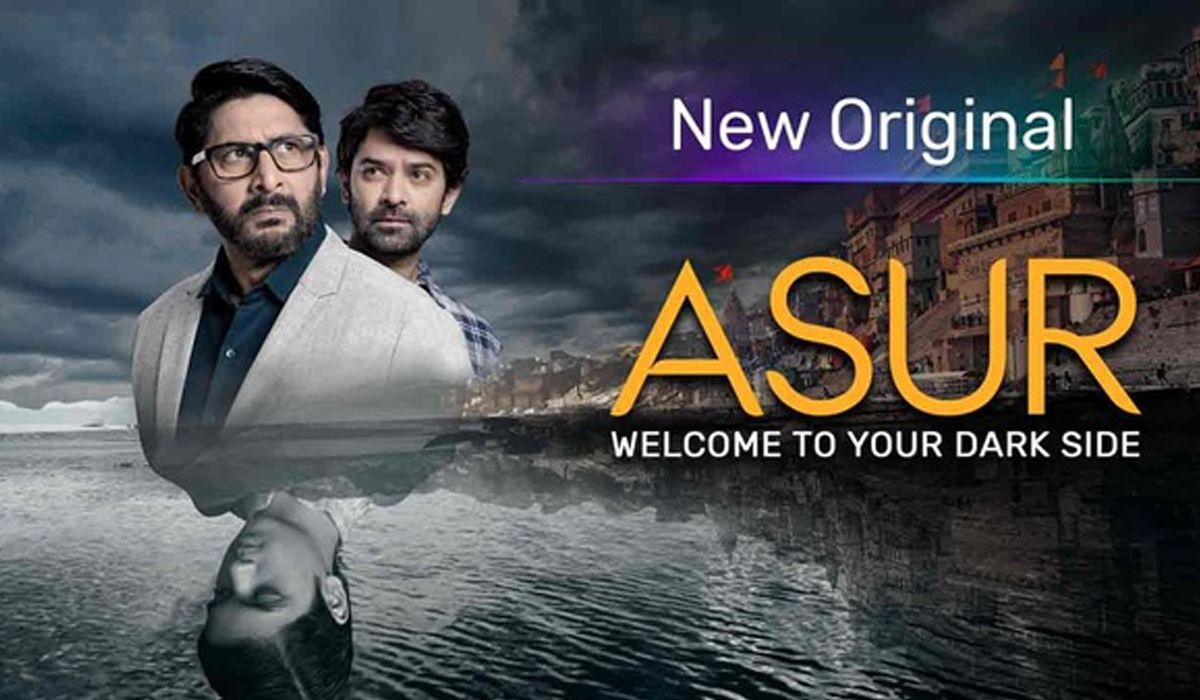 ‘Asur’ is a recent web series in Hindi, which has become one of the favorite thriller series for many. The series is top-notch and amazing. The biggest plus of the series is its edge of the seating plot. If you are a lover of movies that involve serial killing and Police investigations, this would surely impress you!

The plot of the series revolves around a serial killer who is on a killing spree. Some talented CBI officers have to find him and put him behind the bars. 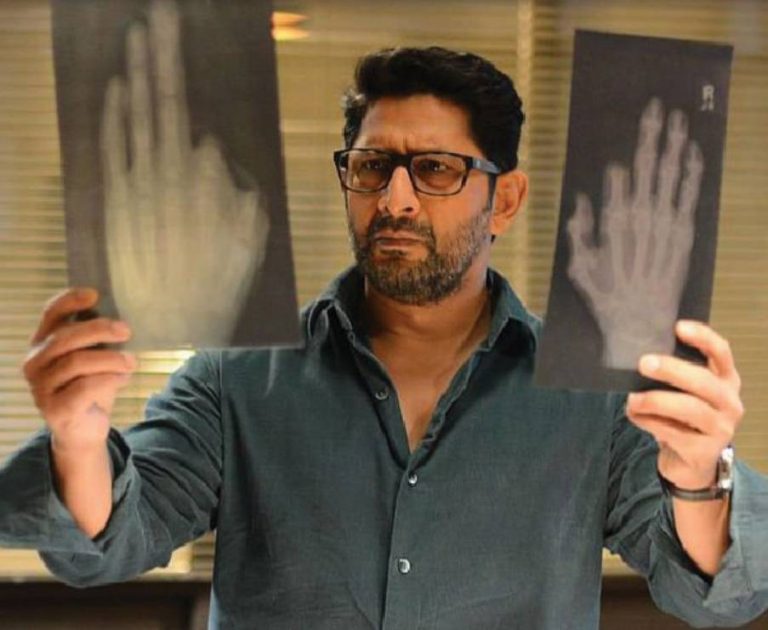 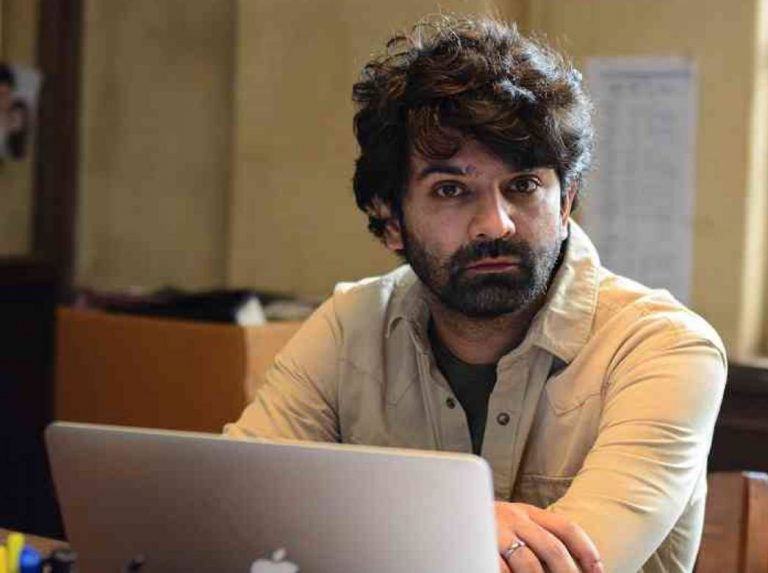 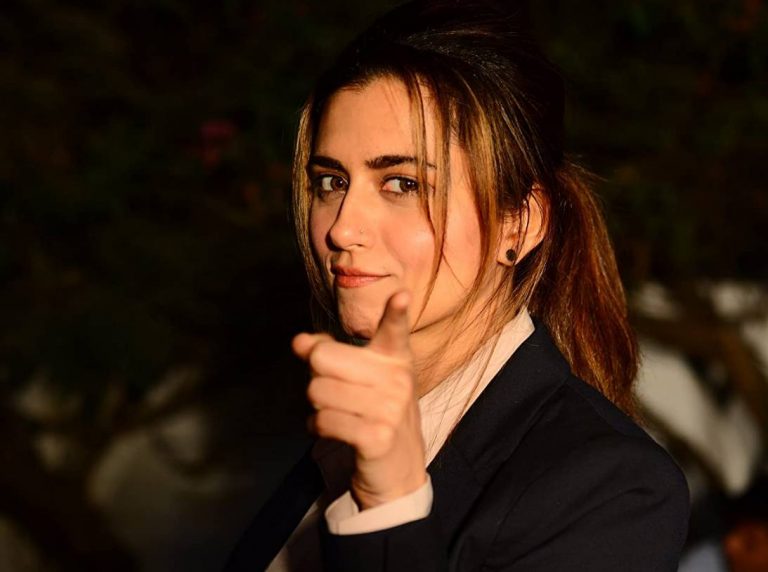 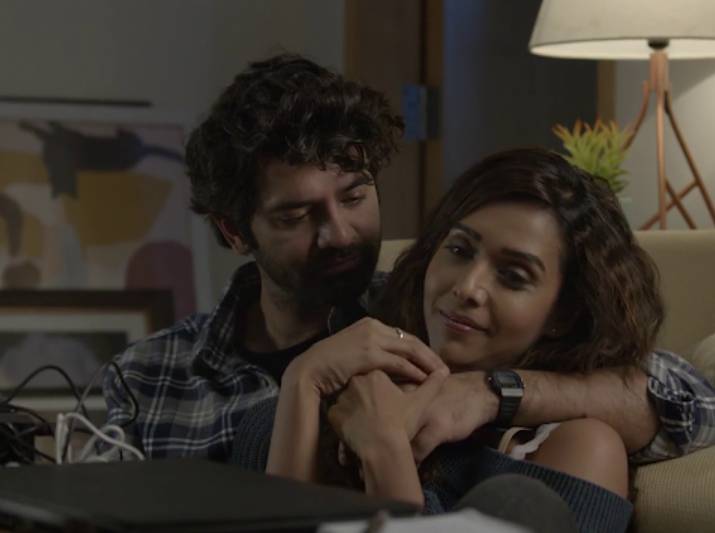 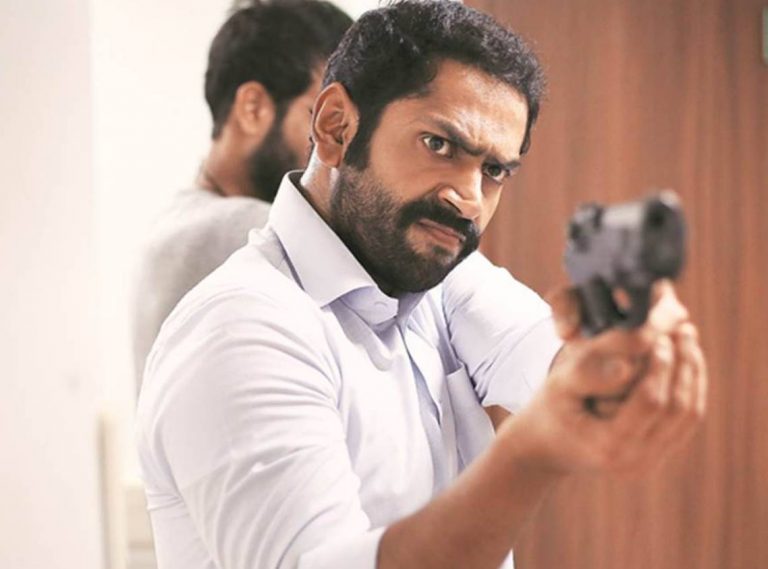 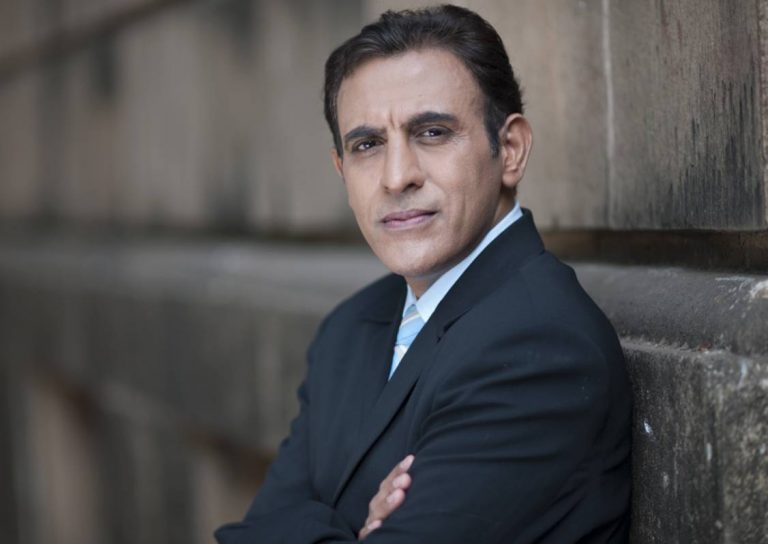 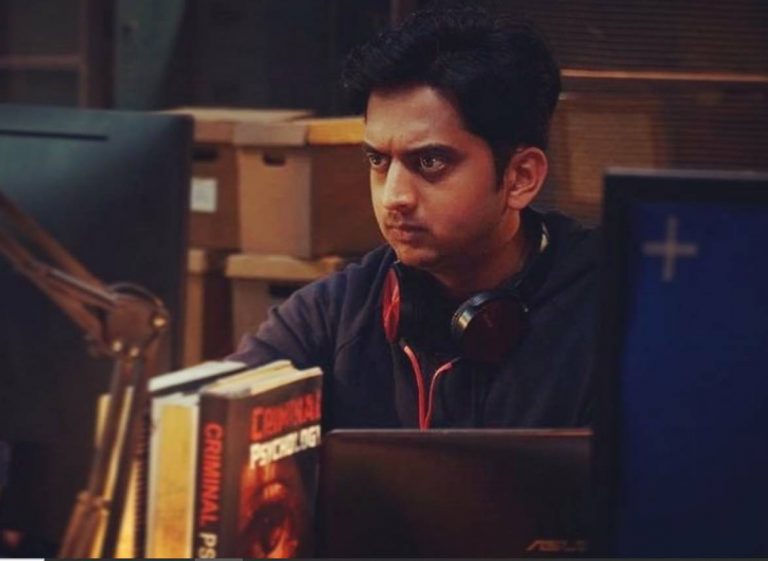 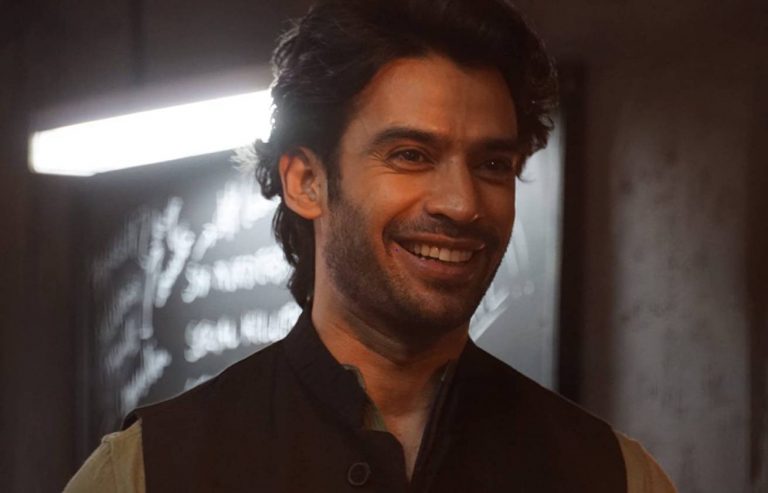 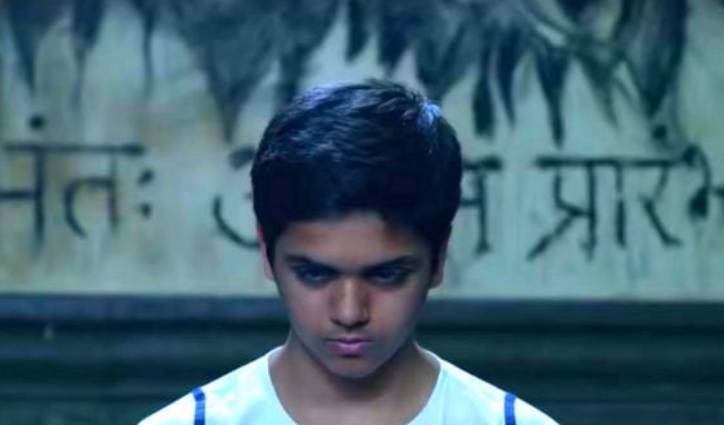 Index of Asur: Season 1 (All the episodes)

Episode 1 – The dead can talk

The series begins with the event that happened a decade ago. We can see a young boy called Shubh performing some rituals in a pooja along with his dad and an unknown person. Eventually, when he is taken by his father in a boat, the father is seen drowning along with Shubh. According to speculations, it was Shubh who has poisoned his dad. In the first episode, he is portrayed as a cold, evil, and stone-hearted child who wants his dad to die.

Now, the episode comes back to the current scenario where Nikhar Nair, who is a forensic expert, is shown teaching at FBI HQ. He is talking with his wife and makes an argument regarding quitting his job. He tells her that quitting the job will make a positive impact on his life. He keeps justifying his statement of quitting his job.

At the end of the episode, a woman is killed by an unknown man. Her body is found the next day, charred, by the police department. The autopsy of the woman is performed by Dhananjay Dj Rajpoot, who is a senior forensic expert at CBI. He comes to know that the killer is out free and his wife is the next person that the killer is looking for.

Episode 2 begins by taking us back to flashback again where Shubh is shown as a person with cold blood. He is shown as a merciless and brutal child who was called ‘Asur’ by his father.

Now coming back to the current scenario, Nikhil is going back to work with the CBI while Dj is receiving a weird envelope from an unknown person.

In the envelope, there is a clip, which shows the body of the autopsy that Dj performed recently. He comes to know that the body belongs to none other, but his wife, Sandhya. As DJ is now taken hold by emotional distress, Nikhil comes in to handle the case. After the investigation began, Nikhil decides that Dj was the Killer. DJ is now put inside the jail.

The episode ends with the same unknown person witnessing all these incidents.

Just like the first two episodes, the third episode also takes us back to the flashback, where Shubh is treated badly by his father and he also had autism. If you didn’t know, autism is a condition where the person will suffer from socializing, verbal communication and will show repeated behavior or speech. Audiences are astonished to know Shubh had autism along with an evil monster mind.

Now, coming back to the current scenario, Nikhil believes that Dj was the Killer and relaxes in the case. But, Nikhil is shocked when three mysterious murders happen again. The unknown man is repeatedly killing people for no reason, without any fear or guilt.

Episode 4 – Ashes from the past

The episode starts with the past where Dhananjay was seen in the ceremonial place where Shubh and his father were present. Audiences are thrilled to see Dj along with Shubh. The unknown person that we first saw along with Shubh and his father in the ceremonial place was none other than Dj. After Shubh‘s father died, DJ makes a revelation to all that, the death of his father was not because of drowning but because of poisoning.

Now, coming back to the present scenario, Nikhil is shown searching for the location of the killer. As Nikhil gets almost close to the killer, He is shot down by a tranquilizer. He becomes unconscious. The Killer’s motive was to capture him and hold him as a captive. Now, Nikhil is a captive held by the murderer and Dj is inside the jail. There is no one to track or search for the killer now. But, inside the jail Dj is searching for answers for this and Killer’s actions.

Episode 5 – The devil has a face

Now going back to the past, Shubh is shown getting arrested and put inside jail for killing his father. But he does not have any guilt. Inside the jail, he forms a group and his jail mates become his disciples.

At the present, CBI has told the DJ to start working on the case from inside the jail. Dj meets a Motivational speaker named Kesar Bharadwaj, who has a good connection with spiritualism. Nikhil’s wife and daughter are in search of him. His wife is Naina. She gets into a shock when she learns her husband is missing. She is calmed down by DJ’s team. They tried their best to console her.

DJ appoints a person to go to Banaras and check about Shubh’s whereabouts and what he is doing now. Kesar Bharadwaj tells Dj that his past has something to do with the current murders. Dj and his team members dig deep into the case along with many experts.

Dj learns that all the victims who were killed by the murderer were innocents and had no criminal records of any sort. The killer now blackmails Nikhil that he would murder his wife and daughter if he does not comply with what he says. Therefore, Nikhil helps the murderer in achieving his next murder, which is the murder of a neuroscientist. Dj comes to know about Killer’s next murder and he also finds that Nikhil has a part in this.

Going back to the flashback, Shubh is seen handcuffed and behind the bars, The officer informs the police about the wrong activities of Shubh and how he has manipulated his jail inmates. Shubh has made his jail inmates cut their fingers off.

Now, coming back to the current scenario, there is a pattern observed in the killing of the murderer. In the past, Shubh had a great fascination with Asuras. This made him study and learn about various scriptures of Asura. When the officer speaks to Shubh’s grandfather, he learns how Shubh became so evil and the differences between Shubh and his father that led to the murder.

Shubh was born on the ‘Asura’ day. Shubh’s father had expected him to born on the ‘Devtas’ day. So, this made him develop hatred towards his son and call him ‘Asura’ or ‘Rakshasa’. This made Shubh completely hate his father and also eventually kill him.

In the current scenario, Nikhil is now assigned with the mission to kill a businessman named Jalan, who aspires to donate a huge amount for charity. Dj finds out that all the murders by the Killer happened to people who have a particular zodiac sign. He also finds out Jalan will be the next victim. But, Dj fails in all the attempts to save Jalan’s life.

Episode 7 – Let there be darkness

Dj was broke as he could not save Jalan’s life, even after numerous attempts. So, he gets help with the case from Kesar Bharadwaj. Kesar Bharadwaj reveals to him that the murders are happening to people who have a particular zodiac sign. Dj, who already has found out this truth asks Nikhil’s wife to manipulate the NIC.

She gets the chance to connect to Nikhil and learns that he is alive. Now, there is a brief flashback in which it is shown that Shubh and Nickel had earlier met in prison. He also promised to help Shubh during that time. Now, Nikhil is having a thought that the unknown killer might be Shubh.

Episode 8 – End is the beginning

The episode begins with a flashback 10 years ago, where Nikhil had found Dj framing the evidence to set Shubh as the criminal. The killer tells Nikhil to kill Dhananjay. Nikhil tells the killer that he should go to jail to kill him. The killer now enters the jail, but before killing the DJ, he was tied up by him. Now, as the Killer is in jail, Nikhil is trying for ways to escape from the captive – place. Dj comes to know that Kesar was the one who killed his wife. Nikhil tries to escape from the captive place and also succeeds, but he could not save the other captives who are also trying to escape from the place. When the officers are trying to find where the murderer is located, they come across a drawing in Rasool’s notebook.

Rasool is a professional hacker and now everything makes sense. Rasool is none other than Shubh in disguise. And, he confesses to having a spiritual cult. Kesar Bharadwaj is one of Shubh’s disciples in the cult. He’s also the first follower of him when he started his preaching in prison.

Nikhil gets back with his wife, while Dj is held as a captive. Other officers come to save Dj. Shubh now gives a choice to Nikhil to save either his daughter Ria or the Captives. Nickel Sacrifices his daughter, who later dies after having the poisoned food.

One of the captives is a female journalist; she shoots a Muslim preacher dead and Shubh kills an officer. Now, there is a war between Nikhil and Dj. Nikhil now blames Dj for the loss of his daughter’s life. He says this was because of a mistake that he had committed a decade ago. Now, the camera shows Shubh staring at Dj. This means that something is unfinished. The fans are now eagerly expecting the next season.

The second season of ‘Asur’ is expected to have more thrilling elements along with the unfinished business between Shubh and Dhananjay Dj Rajpoot. You can stream the series on the Voot platform to watch all the episodes of Season 1.

Asur is the recent crime thriller series in Hindi that was well appreciated for its engaging screenplay. This series is something that should not be missed by people who love watching serial killer stuff. As the first season ended with major suspense, fans of ‘Asur’ series are now waiting for its second installment.

Where is the ‘Asur’ series streaming online?

You can watch the ‘Asur’ series online from the official website of Voot.

How many seasons are there in the ‘Asur’ series?

As of now, the Asur series has just one season. Season 2 is expected any time soon.

How many episodes are there in the first season of ‘Asur’?

The first season of ‘Asur’ has about eight episodes in total.

When was ‘Asur’ released?

Asur released in March 2020, just a few months ago.

Scroll back to top