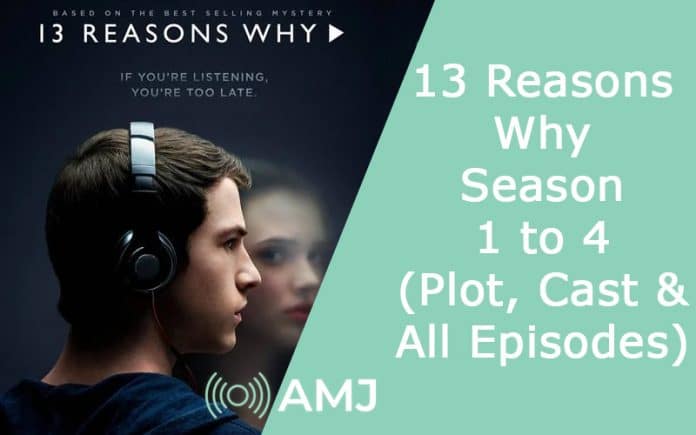 If you are one of those people that have consistently worked to overcome the stigma surrounding mental health and the rising rates of teen suicide, 13 Reasons Why is the series that you need to watch? Although the show got mixed critical responses from the audience, it isn’t surprising that the show gained popularity and prominence pretty soon.

This American teen drama web series is created by Brian Yorkey and is based on a novel written by Jay Asher. The primary premise of the show follows the life of Clay Jensen after the suicide of Hannah Baker. The show isn’t as simple as the plot suggests. From educational prospects to including some raw and harsh reality of the present generation, the series manages to highlight a lot of things that are often overlooked.

The first season of the show was released on Netflix in 2017 and received a good initial response from the audience and critics. Later in the year, the show was renewed for a second season, following up with a 2018 release. The third and the fourth seasons were consecutively released in 2019 and 2020.

The fourth season was the last and final season of the series, which did gain a lot of viewership, thanks to the relatable and convincing premise of the show.

What is the Plot of 13 Reasons Why?

The plot of 13 Reasons Why follows the life of Clay Jensen, who finds an audio cassette lying outside his house’s entrance. Curious to find what’s in the tape, Clay gets his father’s boombox to plug in the audio cassette to listen to the contents. Soon enough after listening for the first few minutes, Clay realizes that the tape has been recorded by his deceased classmate, Hannah Baker.

However, while listening to the audio, Clay gets startled by his mother and ends up dropping the boombox and destroying it in the process. Intrigued to learn more about Hannah’s story and the cause behind her death, Clay gets his friend Tony’s Walkman to listen to the rest of the audio.

However, the worst happened when Jessica and Alex broke up and Jessica ends up publicly humiliating and blaming Hannah for the same. In the meantime, Hannah’s extremely distraught mother ends up finding scribbles in her daughter’s notebook that make her believe that her daughter was likely bullied in school.

Before Hannah’s death, when Clay ends up approaching her to pursue a relationship with her, it was Alex who ended up being a problem in between. With all the revelations and indications in hand, Hannah’s mom, Olivia Baker seeks help from the school’s principal to look into her suspicions of bullying and they find extremely disturbing things that no one possibly expected.

Who is cast in 13 Reasons Why?

This American teen drama features a range of new faces and rising actors who have made their impression on the audience with impeccable acting skills. The primary cast of the show includes:

Index of 13 Reasons Why 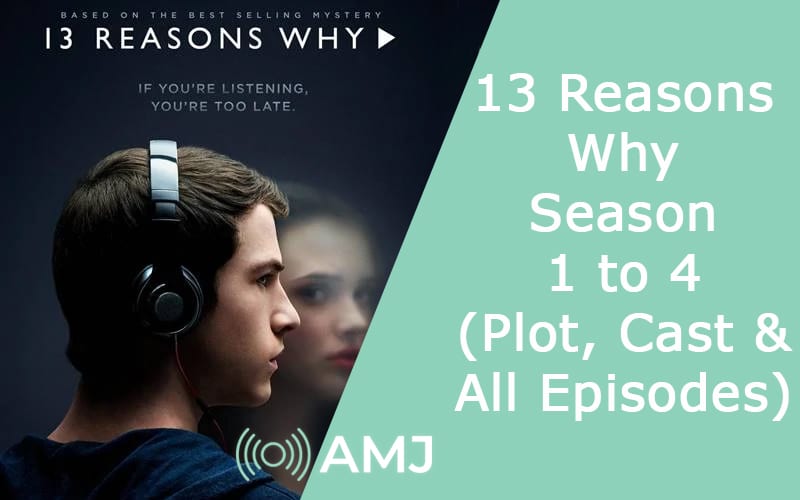 13 Reasons Why has four successful seasons with 49 episodes in total. The show has managed to articulate amazing acting and even better themes along the way.

Episode 6 – The Smile at the End of the Dock

Episode 12 – The Box of Polaroids

Episode 3 – The Good Person is Indistinguishable from the bad

Episode 7 – There are several Problems with Clay

Episode 8 – In High School, Even on a Good Day it’s Hard to Tell Who’s On Your Side

Episode 9 – Always Waiting for the Next Bad News

Episode 10 – The World Closing In

Episode 12 – And Then The Hurricane Hit

Since 13 Reasons Why Contains Trigger Elements, we’d recommend you watch this with caution and keep yourself safe. If possible, watch this with an open mind and understand that situations like Hannah Bakers are pretty prevalent in today’s world.

13 Reasons Why is available for online streaming on Netflix.

Yes, Season 4 is the last season of the show, as suggested by the creators.

No, 13 Reasons Why is based on a novel under the same name, written by Jay Asher.