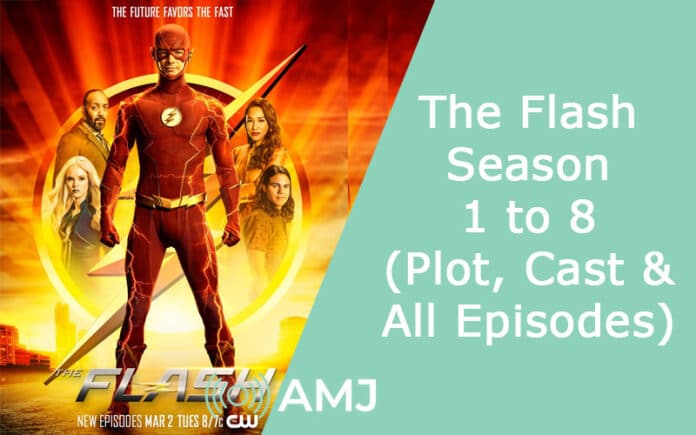 Superhero shoes are fun and interactive. The fiction side of it is what lures the audience in, keeping them hooked from the get-go. If you are a superhero fanatic and you enjoy watching TV shows, series and even movies, The Flash is one of those American superhero television drama that you are most likely going to appreciate.

The show kickstarted in 2014 and now seven years later is in Season 8 and running pretty popular among the audience. The show is developed by Greg Berlanti, Andrew Kreisberg, and Geoff Johns. It airs on The CW and is available on Amazon Prime Video if you are outside of the United States.

The entire show is based on the DC Comics character, The Flash and hence the name. The pivotal showcasing of the character is the superhero’s power to move at superhuman speeds. Hence the superhero is named “The Flash”. The series follows the life of Barry Allen, portrayed by Grant Gustin.

If you are considering watching this superhero television series, we’d highly recommend that you watch it from the very first season. Each season has around 20+ episodes that you can binge-watch to your heart’s desire. Just know that the 8th season is currently in progress.

Ever since its official premiere on October 07, 2014, the pilot episode of this show managed to steal the attention of the audience and soon became the second-most watched premiere across the country and worldwide.

Here’s a quick breakdown and Index of The Flash television series.

The plotline of The Flash can seem a little boring if you have read the comics before. However, once you start watching the show, things do spice up and take an exciting turn.

As we said, The Flash series follows the life of Barry Allen. Allen works as a forensic crime scene assistant. However, on one fine day, he is struck by lightning during the storm that is caused due to an accelerator working at the S.T.A.R labs.

After being struck by the lightning, Barry stays in a coma for 9 long months and later wakes up at the headquarters of S.T.A.R Labs. He was placed under the care of Harrison Wells, who is the founder of the laboratory.

The series switches out between the past and the present situation where Barry constantly notices different kinds of flashbacks about Joe.

However, soon after Barry discovers his superpowers, he uses them for the benefit of the people around him. He uses his power to prevent people from committing small crimes. However, in the process, he starts noticing side effects from the power he is using.

Upon the finding, Barry gets help from Joe and soon sets out to find the killer and find ways with Wells to reverse these mutations that are causing these metahumans on Earth.

In the process of understanding the implications of the superpowers, Wells makes Barry perform different kinds of tasks at superspeed to check the efficacy of the superpowers. During such a stunt, Barry finds himself in a middle of a crime where a gang of men come together to hijack a truck filled with diamonds. Somehow, Barry manages to be in a spot of the crime and stop it.

The first step then relays on to the next ones where the story of Barry elongates through wires of different situations, crime scenes and a whole lot of twists and turns along the way. The show has been perceived well by the audience; hence it has managed to release one season every year since its official premiere.

Main Cast and Characters In The Series

The cast and crew in The Flash include a mix of known and new faces, all of whom have worked consistently to bring the best to the screen. Over the seasons, the characters have changed, evolved and somehow, gotten better.

Here’s a quick breakdown of all the main cast and characters in the show.

These are some of the main cast that has appeared throughout the eight seasons of the show that are available to watch.

Index of The Flash 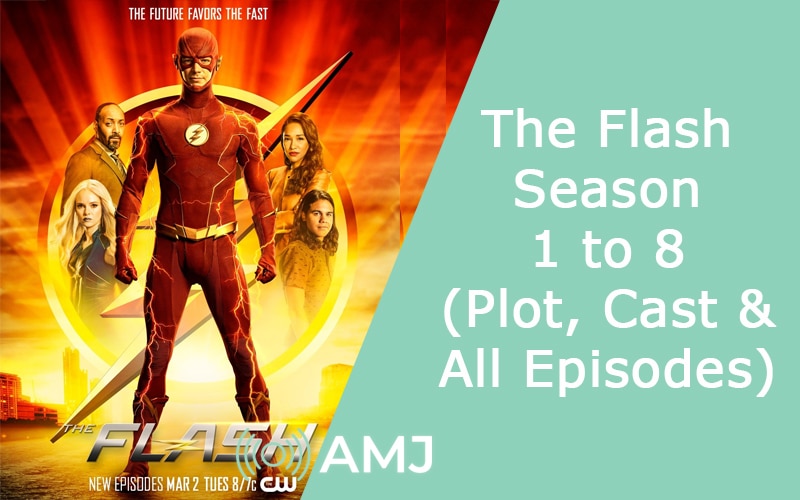 We understand that finding a well-defined Index of a show makes it easier for individuals to plan out their watching schedule. As we have mentioned from the beginning, The Flash has 8 seasons running at present.

Here’s a quick breakdown of the episodes in each season.

The average viewership of the show ranges between 3-5 million, which is quite impressive and goes to show how popular the show is.

Given that the show is on its 8th season in 7 years goes to show that it is quite popular. It has over 3 million viewership per season.

2. Is The Flash available on Amazon Prime video?

Yes, The Flash is available on Amazon Prime video if you don’t live in the U.S and want to watch this television series.

Since the show is inspired by DC Comics, the show is good enough for kids too. So, if you are wondering about harsh scenes, you won’t have to.

If you have been meaning to watch The Flash, we hope this article gives you all the insights that you possibly need. Just ensure that you focus on binge-watching the show from the beginning to better understand the story and the plotline. Watching it midway will be a little confusing and not fruitful at all.