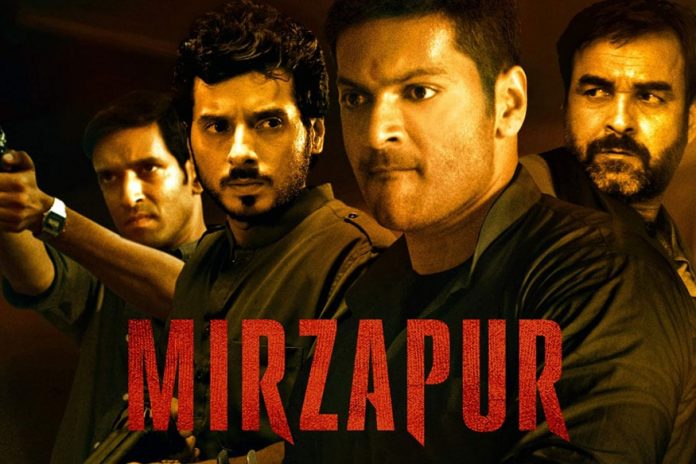 Amazon Prime’s original series Mirzapur is the finest series with amazing response from the audience since its premiere. The crime thriller has versatile actors like Pankaj Tripathi, Ali Fazal, Vikrant Massey, Divyendu Sharma, Shweta Tripathi, and many others playing key roles. If you are a lover of don and gangster dramas, you should surely give this a shot. There are so many realistic action sequences in Mirzapur to keep you thrilled. The series is shot in many parts of Uttar Pradesh like Varanasi, Lucknow, Mirzapur, etc.

The storyline of Mirzapur has Kaleen Bhaiya as the central character, who is the don and king of Mirzapur. He is a rich businessman whose primary business commodity is the carpet. Munna Bhaiya, son of Kaleen Bhaiya is nothing like his don dad. Munna is unworthy of Kaleen’s power and fame. But, he tries hard to gain the power of his father and rule Mirzapur. Here come two important characters, who will change the whole story of Mirzapur: Guddu and Bablu. Guddu and Bablu are brothers belonging to a simple middle-class family.

Kaleen Bhaiya forces them to enter the crime world that is full of lawlessness and immorality. Without interest, Guddu and Bablu agree to Kaleen Bhaiya’s demand and set their foot in the crime world. This will lead to consequences and situations that are baffling and unexpected. The crucial reason for the series’ success is its ability to impress the youngsters. After the first season gained unanimous positive feedback, the second season of the series has got released recently. 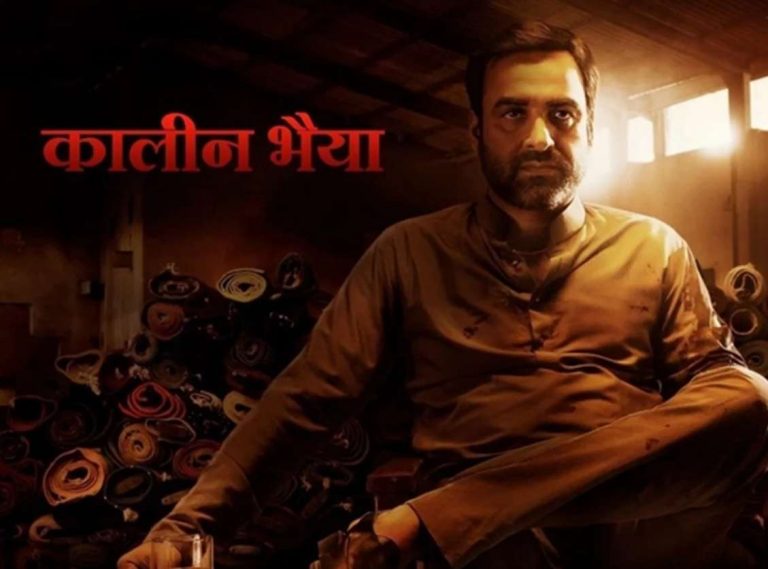 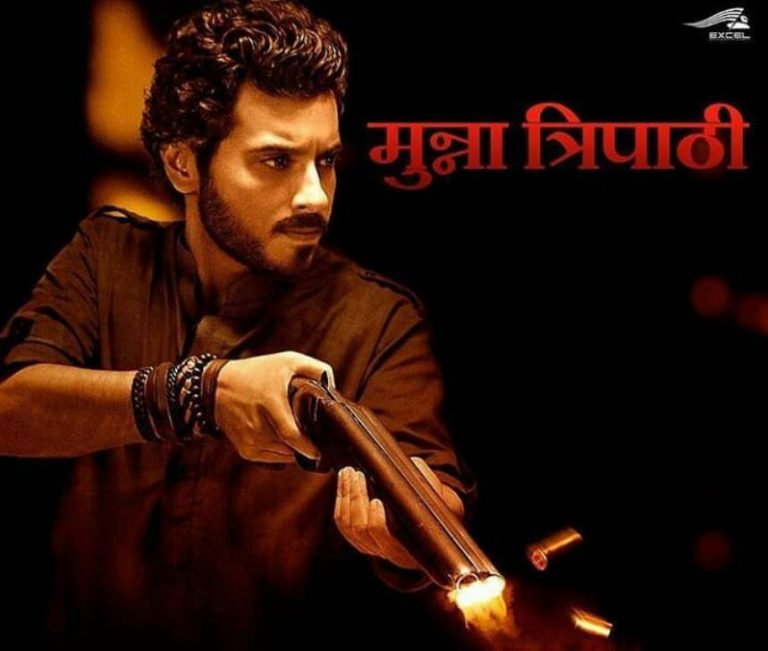 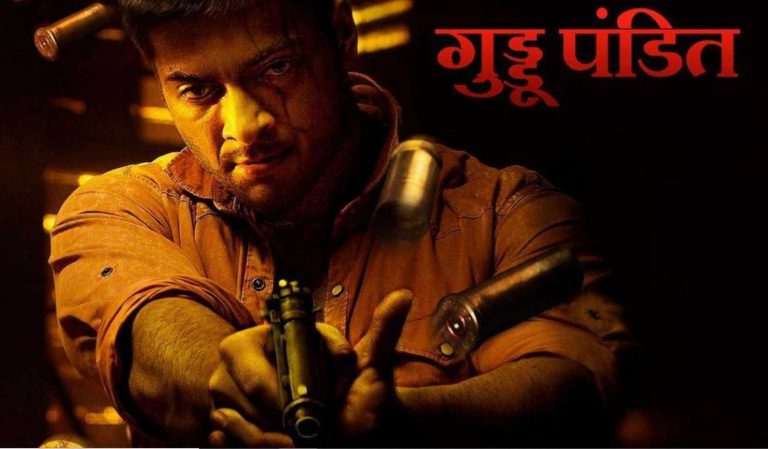 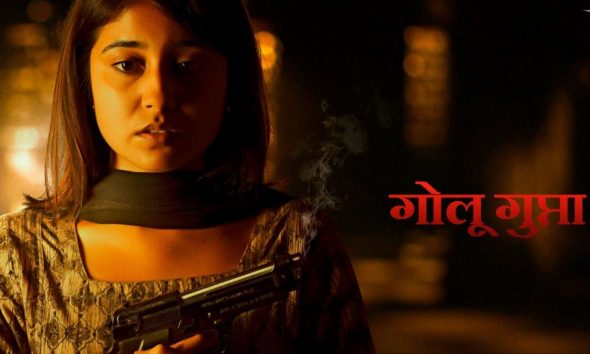 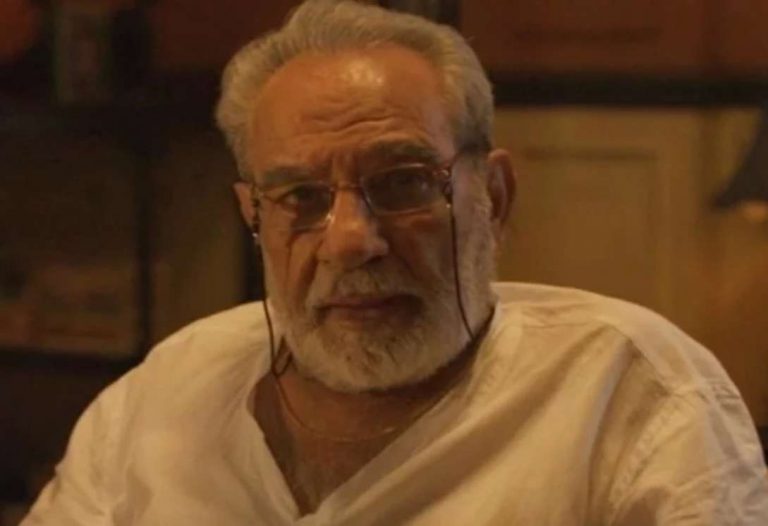 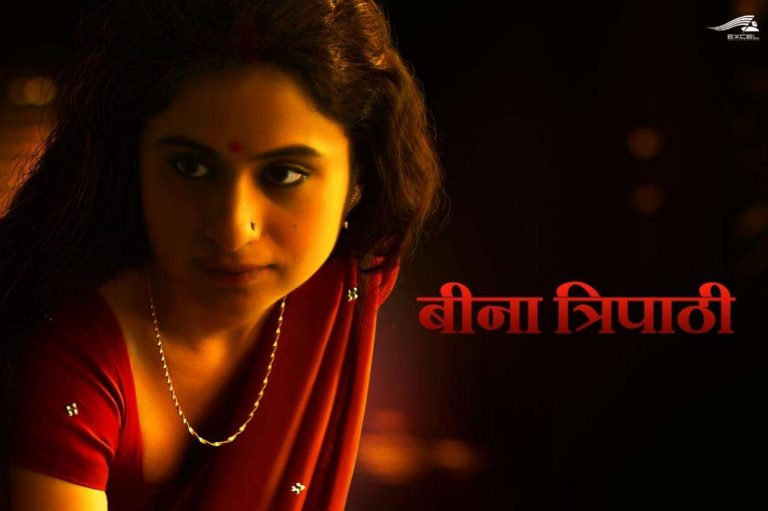 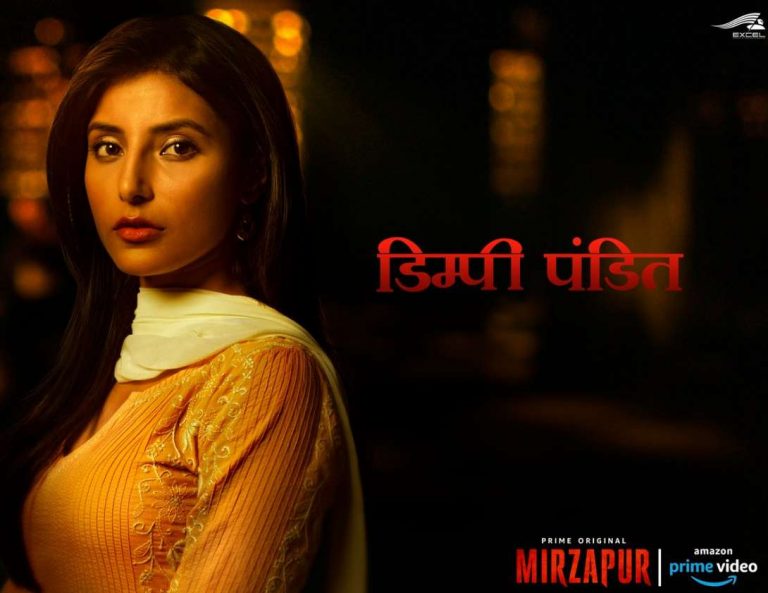 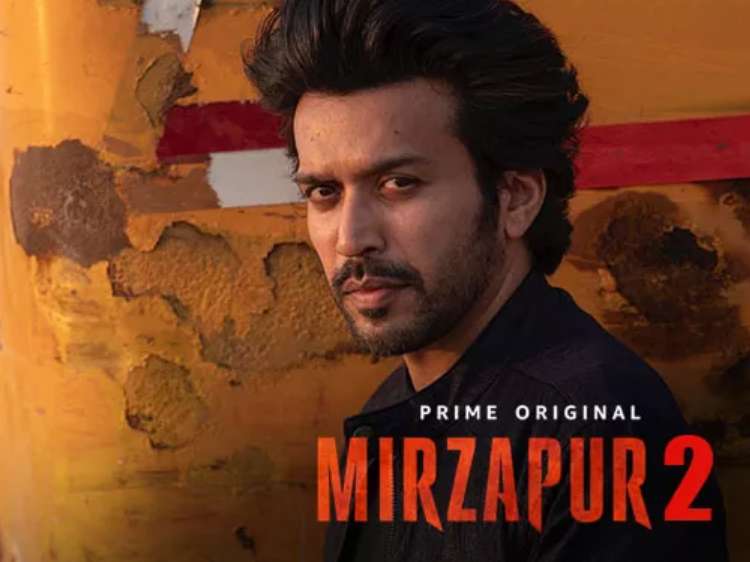 Kaleen Bhaiya is showed as the powerful don and mafia king of Mirzapur in the first episode of the first season. He is doing a carpet business that is worth many millions. He also deals with drugs, guns in the carpet business. Munna Bhaiya is Kaleen’s son, who does not deserve his father’s fame and power. But, he so badly wants to become the king of Mirzapur. Things take a turn when Munna Bhaiya shoots a groom in a wedding accidentally. The groom dies. This case will be handled by Lawyer Ramakant Pandit, who is also the father of Guddu, Bablu, and Dimpy. Guddu, Bablu, and Dimpy are classmates in the same college. Munna also studies in the same college as them. Guddu has a crush on Sweety, who is Dimpy’s friend.

Guddu aspired to get into the bodybuilding arena and win the title. He immediately agrees with Kaleen’s offer, but Bablu first hesitates to agree but soon complies with Kaleen Bhaiya. Munna, who is already angry over the brothers gets even angrier when he learns about this. As things aren’t already complicated enough, Kaleen’s sexually frustrated wife falls for Guddu’s charm and personality. Sweety is liked by both Guddu and Munna Bhaiya, but Sweety constantly ignores Munna. Ramakant Pandit asks his sons to stop working for Kaleen Bhaiya. Golu is Sweety’s younger sister and their dad is a Policeman who is corrupt minded. He gets Kaleen Bhaiya’s works done by getting bribes. Golu aspires to win in the college elections. After Munna and Guddu scare the family of the demised groom, the family withdraws the case against Munna Bhaiya.

Now comes a new villain called Rati Shankar, who is an old enemy of Kaleen Bhaiya. Rati plans to kill Munna by sending his men over. But, Munna attacks and kills Rati’s men and survives the attack. Sharad is Rati’s son. Sharad says his father to plan the attack when Kaleen leaves Mirzapur. Sharad doesn’t like to be a part of his dad’s criminal illegal business. When the election days are just a few days away, JP Yadav asks for money from Kaleen Bhaiya and asks Lala for an opium supply. When Rati’s men try to kill him, he does not die. Kaleen soon realizes that Ratishankar is trying to kill him and his son and therefore he asks Guddu and Bablu if they can take over the gun business him. Beena gets sexually satisfied after she has sex with her housemaid Raja. Guddu takes part in the elections with Munna as the opponent. Sweety ignores Munna and asks for a date with Guddu.

To expand their gun business, Guddu and Bablu plan to increase the crimes in Mirzapur, which will eventually increase the rate of gun sales. Guddu and Bablu impress Kaleen by selling drugs along with the gun business. Ramakant does not like any of this, so pens a letter to the Chief Minister and asks the CM to control the crimes in Mirzapur by sending a Police officer. Munna asks the compounder to give steroids to Guddu during bodybuilding as he is jealous of Guddu’s growth. He also reveals to the compounder that he wants to get hold of his father’s businesses. Compounder advises Munna to kill his father. Munna makes a deal with Ratishankar. He says if Rati funds his election, he would help Ratishankar.

Guddu and Sweety’s relationship becomes a bit more serious when he confesses to her about who he is and what he does. Bablu and Golu will form a good relationship with each other. When Guddu and Bablu begin to kill people to help Kaleen Bhaiya, they see a new phase in their life. The magic of power and control has started to influence them. When Ratishankar asks Guddu and Bablu to join his ally and leave Kaleen, Guddu gets angry because of his loyalty to Kaleen and kills Ratishankar. But, Kaleen gets angry when he comes to know about Rati’s murder by Guddu. He did not expect Guddu to kill anyone without his approval. The compounder who tries to help Munna tries to kill Kaleen but gets caught by Kaleen.

Guddu and Sweety eventually get married one day before his bodybuilding competition. Munna on the other hand kills the compounder in front of his father to make him believe he is not the one behind it. Munna also turns the plate and convinces his father that it was Guddu who tried to kill him through the compounder. This makes Kaleen angry and he makes Guddu lose the competition. Guddu turns into a full rage. Kaleen finally feels that Munna should take over and offers him a gun. Golu will win the college election with support from Bablu.

Guddu is now dealing with steroids’ side effects and Sweety gets pregnant. When everyone goes to the wedding of Lala’s daughter, Munna is on the hunt to kill Guddu and Bablu. At the wedding, Munna shoots Sweety, Bablu, the groom, and bride, and Guddu and Golu escape wounded. Guddu will teach Golu the shooting tactics with a gun. When Guddu asks her to shoot Munna, she fails. Bodyguard of Lala will aim at Munna, Golu, and Guddu. Dimpy will escape. When Golu tries to shoot Munna, she fails the attempt. Kaleen’s father will cut the penis of Raja in front of his wife after finding her adultery. Angry Beena will search for a gun and Munna will take hold of his gun at the season end.

Season 2 of Mirzapur is gaining positive feedbacks all over. It is as interesting and as thrilling as the first season. The story moves as the battle between Munna Bhaiya and Guddu Pandit gets stronger and stronger. Both Kaleen and Munna are now getting hold of people with power. Guddu’s only concentration now is to take his revenge on Munna and his father for the death of his wife Sweety and brother Bablu. Golu is joining Guddu with his revenge.

Now, apart from the revenge factor, Guddu and Golu are determined to become the rulers of Mirzapur, which adds more masala to the story. Sharad Shukla and Dadda Tyagi are other rivals, who are determined too to get hold of Mirzapur and rule the city. The plot of the season is to reveal who wins the battle at last. The season is filled with bloody and heavy action sequences. All the power struggle, politics, vengeance, and action sequences are the second season is all about.

Kaleen Bhaiya, who earlier handed over the rule to his son Munna Bhaiya, now aims for literal power. He does not just mean power through business now, he wants to rule much more of Uttar Pradesh. He plans a deal with the Chief Minister to rule UP. JP Yadav, brother of the Chief Minister also has his plans. Beena, who was punished brutally by Kaleen’s father for having sex with their housemaid Raja, is waiting for the right time to extend her strike. Golu became much more comfortable handling guns now, with Guddu on her side. Sharad surprisingly comes to support Guddu. The second season has so many unexpected deaths and killings amidst the never-ending power struggle.

Why Mirzapur is so popular?

Mirzapur gained popularity for its ability to connect with the young audience in particular. It also has interesting plots about the drug, mafia, crime, etc in UP.

How many seasons are there in Mirzapur?

How many episodes are there in each season of Mirzapur?

The first season has 9 episodes and the second season comprises 10 episodes in total.

Is Mirzapur based on a real story?

No. Mirzapur is a crime fiction that is shot in different parts of North India, mainly in Uttar Prades

Following the roaring success of the first season of the show, everyone was pretty much stoked about watching the second season, so it isn’t surprising that the second season was a success too. The second season recorded one of the highest completion rates and also recorded most of the viewer’s completing the entire season within 48 hours, which is nothing short of crazy.

How many parts of Mirzapur are released?

If you don’t want spoilers, skip ahead. However, if you do, then know that Guddu became the King of Mirzapur following the second season. He is pretty convinced that Kaleen is finally dead, leaving him with complete reign over the throne of Mirzapur where he and Golu can finally live at peace with their loved ones.

Why is Mirzapur so hyped?

Except for the fact that the audience loved watching the series, the show brings raw authenticity to the plate of the audience, which is extremely rare when it comes to Indian web series. Nothing is overly fabricated and there is every element of fun, thrill, and mystery that you’d likely look for in a show, all packed into one.

Is Mirzapur available on Netflix?

Many people have this misconception that Mirzapur 2 is available on Netflix, which isn’t the case at all. Both the seasons of the show are available on Amazon Prime Video in India. You can only legally stream it via an Amazon Prime account. It is not available on any other streaming platform in India.