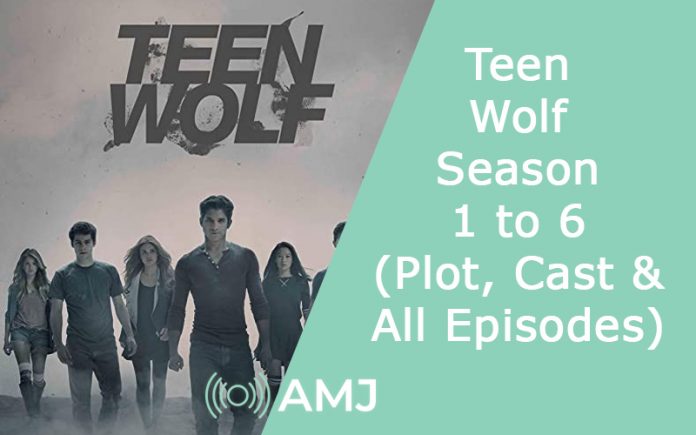 Supernatural television and web series are pretty amazing and diverse nowadays. But, what about shows from a decade back? Sounds pretty daunting, doesn’t it? Well, Teen Wolf is just the show that you need to binge-watch, especially if you are into watching and exploring teen dramas and supernatural elements.

Developed by Jeff Davis for MTV, Teen Wolf is hands down one of the most popular television series that dominated the majority of 2011, not to mention that the show is based on a 1985 film under the same name. However, we’d recommend that you refrain from watching the movie and instead binge-watch the show first.

The first season of the show premiered in 2011 and the last season concluded in 2017, bringing the audience to a complete standstill over the show ending. The show not just garnered a good round of applause from the critics but also managed to bring around a lot of awards, from the standard Teen Choice to the critically acclaimed ones.

What is the plot of Teen Wolf?

The plot of Teen Wolf revolves around the life of Scott McCall, a high school student that lives in the town of Beacon Hills in California. While Scott is your standard teen at the beginning of the show, living his life to the fullest, things do take a complete tumble for the worse when he is bitten by an alpha werewolf just the night before his second year of high school, turning him into the infamous teen wolf that the story is based on.

Trying to get used to the crazy new life that he had to accidentally come face to face with, Scott tries to balance things in his life and conceal his identity while trying to protect his hometown from the unknown supernatural powers that he thinks beacons in the city.

Before turning into a teen wolf, Scott lived a pretty standard life, living with his divorced single mother, Melissa who worked as a nurse at Beacon Hills Memorial Hospital. However, once he is bitten by the alpha werewolf, he starts developing heightened senses of smell and other physical abilities that a normal person wouldn’t.

However, to keep his identity concealed, he has to keep his animalistic tendencies in check, especially around the nights of the full moon. While things settle down for a while, things start to take a turn for the worse when Scott ends up developing feelings for one of his classmates, Allison Argent. The only problem? Allison belongs to a family of werewolf hunters.

Amidst all the chaos, Scott finds support in two of his best friends, Stiles Stilinski and Derek Hale, the latter being born as a werewolf himself. As time and the season’s progress, supernatural events start to take over more and more characters, ending up affecting them in the worst way possible.

Who is cast in Teen Wolf?

Given how much of a sensation Teen Wolf was following its release, it isn’t surprising that even after four years of its last season; the actors have a fandom of their own. In the beginning, the cast was extremely new and fresh but developed a pretty dedicated fanbase over time.

Some of the primary cast in the show include:

Index of Teen Wolf Season 1 To 6

Given that Teen Wolf started a decade back as a popular Television series, it isn’t surprising that the show didn’t come with titled episodes. However, we know that you want a complete rundown and index of all the episodes that you can binge-watch across the six seasons that aired.

Here is what you can expect.

Since the sixth season was the last one on the show that the creators talked about, it isn’t surprising that the audience was heartbroken over the cancelled show.

Teen Wolf is your OG supernatural teen drama that you wouldn’t regret binge watch from the get-go. Although the episodes are short and pretty well detailed, the show manages to keep you hooked from the get-go, something that you might not get to experience with the shows available now. However, finding good supernatural series with an addictive plotline is nothing short of a boon, so it isn’t surprising that the audience is still waiting for a new season, even though the creators have pretty much confirmed that the sixth season of the show was the last one.

1. Is Teen Wolf available on Netflix?

Yes, Teen Wolf is available on Netflix for you to binge-watch without any complaints. If you are looking for a quick binge-watching session, all six seasons are available for streaming on Netflix.

Yes, unfortunately, the creators announced that the sixth season of Teen Wolf was the last one. There have been no reports of a renewal or new season ever since.

3. Is Teen Wolf a romance show?

It is a mixture of everything you’d want to watch in a teen drama. There is suspense, thrill, and a whole lot of romance on the side that makes it a show worth watching.