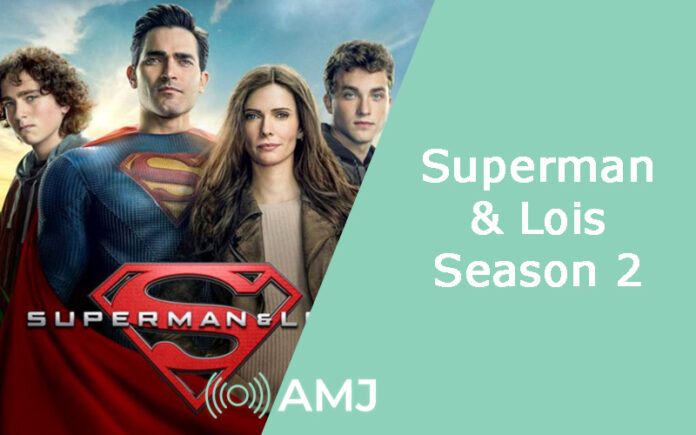 Superman and Lois, a spinoff of the story of Superman, is an entirely fresh development of Clark Kent, and Lois Lane’s story. The series is set in DC’s Arrowverse. Season 1 was released in August 2021. The Pilot was released on 23 February, with a total of 15 episodes. The show released its final episode on 17 August 2021

The show aired its first episode of the second season on the 11th of January, 2022. It was premiered on Tuesday, making DC fans go crazy over the thrill ride it promises to offer. The third episode of the season will be released on 25th January 2022.

For those who have not yet started with the show, and are planning to, be warned, as there are major spoilers ahead. People who want to jog the memory and recall the events of last season, here’s how season 1 ended: Clark Kent is married to his one true love, Lois Lane. They have two children together. Kent’s family is introduced to Smallville when they attend Clark’s mother’s funeral. After losing his job, Clark decides to live in Smallville. The Kent family tries to adjust to their new idyllic lifestyle.

However, there seems to be trouble in paradise, with General Lane looking for Clark to fight off villains and the Kents worrying whether the twins have also inherited their father’s superpowers. Clark Kent fights his half-brother Morgan Edge, more famously known as Tal-Rho. The show however ends on a mysterious and confounding note as Natalie arrives on Earth. Natalie is the daughter of another version of Lois Lane and John in a different dimension. She is bewildered to see her mother alive and standing with a man who murdered her, allegedly.

Todd Helbing, the showrunner of Superman and Lois says he is excited and finally satisfied with the cast members. He says he is confirmed with what kind of stories he wants to tell and is assured that the cast of the show is perfect for it.

In the roles of Superman and Lois Lane are Tyler Hoechlin and Elizabeth Tulloch, continuing their characters from the first season. Tyler is famously known for his roles as Michael Sullivan in the movie ‘Road to Perdition’ and Derek Hale from the show ‘Teen Wolf’.

Tulloch on the other hand has been seen in various critically acclaimed movies like ‘Parkland’, ‘Caroline and Jackie’ and also ‘the Artist’ which won the Academy Award for the Best Picture in 2012.

In the roles of twins are Jordan Elasass and Alex Garfin playing Johnathan and Jordan respectively. Alex Garfin plays the role of the twin Jordan, who discovers he has his father’s superpowers. Another character is the Eradicator or Tal- Rho is played by Adma Raynor. His story ended in season 1 as he was eradicated by Superman. 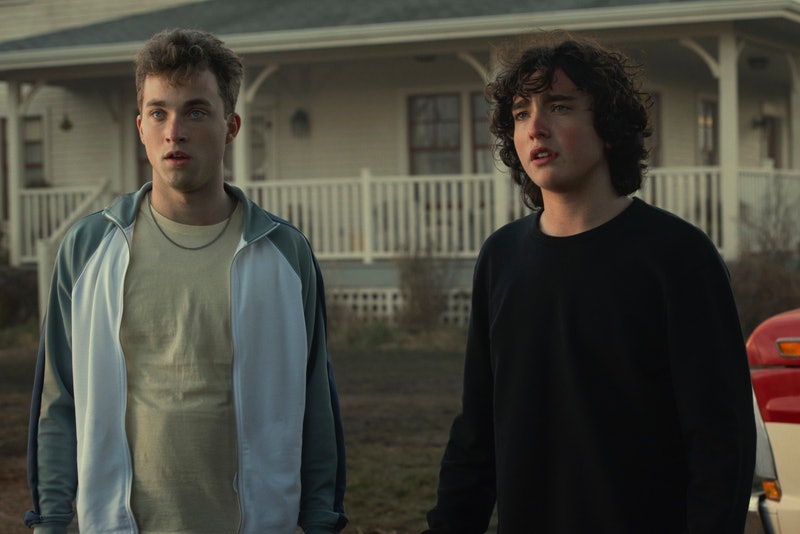 Natasha Iron also resumes her role as Natalie, the daughter from another planet who will have a central role in the second season. In addition to the previous cast members that stay the same, Jenna Dewan is expected as Lois’s younger sister Lucy Lane. Dewan also appeared in the role of Supergirl, in DC’s 13 episode series, ‘Supergirl’.

Another addition includes Lieutenant Mitch Anderson, played by Ian Bohen. Ian was recently seen in the 2018 version of the movie Little Women, as the German Professor, a friend or love interest of Joe March. He is also known for his role as Ryan in Yellowstone, and Peter Hale in Teen Wolf.

The official trailer of season 2 hints at the growing tension between Superman and Lt. Mitch Anderson (Ian Bohen), as Anderson tries to recruit Superman under his department. Lt. Anderson is shown trying his hardest to get Superman to become a hero again for the US.

The trailer also shows Superman questioning his responsibility between his family and the National Emergency he has to deal with. Where, on one hand, he has to look after his family and on the other, he has to deal with the supernatural problems the world is facing. It can also be seen that one of his twins, Jordan, who has powers, wants to join Clark on his mission to protect him. While Superman seems conflicted, he is scared for his son’s life. Not to mention how Lois is disturbed by Clark’s absence and has to deal with the family alone in his absence.

The new trailer shows mystery, tension, action, and adventure, all wrapped in a single season. There is a lot to uncover in terms of what will happen. Who is the new villain? What is Natalie going to bring to the table of the Clark family? Why are Lana and Kyle shown arguing? So many questions arise as the trailer unfolds.

The second season had begun shooting long back in 2021. This became public knowledge when DC released a behind-the-scenes video of the season 2 shoot. In the clip, Alex Garfin and Elizabeth (Jordan Kent and Lois Lane) are giving a tour of the set of the Clark family’s house and farm. The video sparked the attention of all the fans of the show, as the rumors of season 2 were confirmed.

As mentioned earlier, season 2 of this beloved superhero drama series arrives in January. With the first episode premiering on 11 Jan 2022, and the other two episodes arriving on 18 and 15 Jan respectively, the fan theories are going off the roof.

What lies beneath the first episode of season 2 which has recently been released, picks up after a few months from season 1. The actors, Tyler Hoechlin and Elizabeth Tulloch are as perfect as they can be. The show seems different from other superhero shows as the tension and dilemmas are dealt with, perfectly. Tyler exudes humbleness with a touch of superpowers like Superman. Lois, on the other hand, deals with the emotional sides of things without coming off as unpleasant and spiteful. All the characters deal with the appearance of Natalie in a manner that looks realistic.

On a similar note, Ian also gives off the passive-aggressive vibes quite impressively. Anderson replacing Lt. Sam Lois, could have been a risky move for the show as the fans love Lois’s father, but Ian handles the post delightfully. The first episode also gives a hint of who our new villain might be. As Superman reaches the mines to uncover what is the source of the earthquake Smallville is facing, he finds out he is also accompanied by officers of Lt. Anderson. The episode ends with a giant hand cracking the mines.

Fans are sure that the new villain will be Doomsday. A dangerous but iconic villain from the DC comic series, Doomsday is not someone to mess with. Todd Helbing, in a recent interview, confirmed the theories by replying that they are taking as much inspiration from comic books as possible. Viewers are going crazy after the sign of Doomsday. Todd Helbing’s statement only adds to the excitement as there are many villains we would like to see on the screen.

On the brighter side of things, Lois is not as sad in the second season as one would expect her to be, the twins are having girls over and Natalie is not a villain. Doomsday is the new villain and we are excited to see the fight between Superman and Doomsday. The action-drama series was one of the best superheroes shows of 2021. As we move into the new year, with DC’s Peacemaker, Marvel’s She-Hulk, and Titans on the line, we are hoping that this year will also be favorable to the Superman series.

The first season of Superman and Lois is way better than most of the other CW superhero series. Created by Greg Berlanti and Todd Helbing, the show received stellar reviews for its first season. With a 7.9% on IMDb and 88% on Rotten Tomatoes, the show has become a fan favorite. Not to mention, the actors who are doing an extraordinary job of playing their characters are also liable for the praise.

The series is far off from other superhero shows in a manner that there are no clichés, no forced romances, no focusing on sub-plot development more than the main plot. There are villains, but the main plot of the show, the relationship of Superman and Lois always takes the center stage.

The characters are so diverse. For example, in the second season, the character of Lt. Anderson is written beautifully as he claims to be a super fan of superman and wants to employ Clark in his team, but is also angry with him for not responding well to his demands. Anderson seems like the perfect character to play the role of the good but bad police officer.

The story of the children, the teenage twins of Clark and Lois are also shown in a well-thought-of manner. They do not seem ignorant or hateful like most teens are shown, but rather naïve and caring of their parents. They handle the situation of having a superman for father so well, it’s surprising.