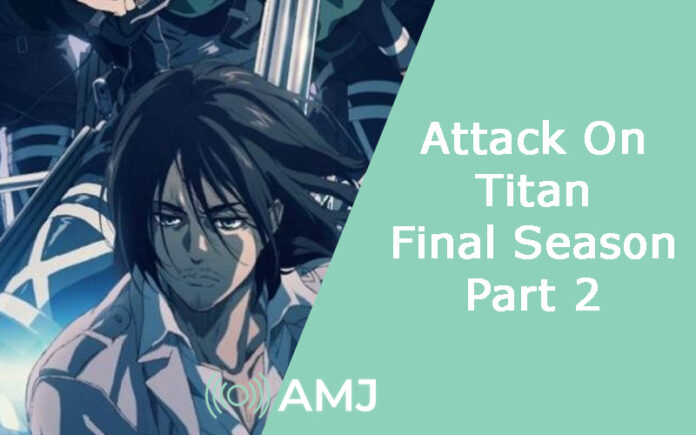 In Greek mythology, Titans were the giant creatures and children of Gaea (Earth) and Uranus (Heaven). They rebelled against their father, Uranus, who had them shut in the underworld. They were these giant creatures made of rock that destroyed everything in their path. As the myth goes, their leader Cronus killed his father Uranus and led the Titans to victory against Uranus.

However, in the 21st century, Titans do not mean Giants from the Greek mythologies, but rather, the colossus creatures made of rocks that killed Eren’s mother. ‘Attack on Titan’ is returning to the screens, and we could not be any happier. The second part of the final season of our favorite anime is confirmed to be released this winter. The latest trailer that dropped in December not only hyped the fans but also assured us that the hiatus of the final part will finally be over.

The first three seasons of the show are produced by Wit Studio and Production I.G. The last and most awaited fourth season is produced by MAPPA. The anime is based on the manga series ‘Attack on Titan, also known in Japanese as ‘Shingeki no Kyojin’. The manga series is written by Hajime Isayama, who is an avid fan of the fantasy series ‘Game of Thrones. 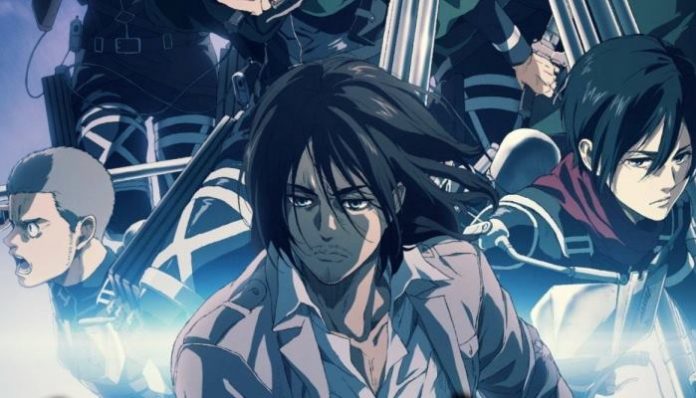 The 19th episode of part 2 will be released on 23 January 2022. This Sunday, the episode “Two Brothers” will be released on Hulu and Crunchyroll and you can also view it on Funimation Entertainment. The show is supposed to air every week. As the show nears the endgame, you need to free your Sundays and make some popcorn.

Attack On Titan: Plot And The Story Till Now

The plot revolves around Eren Jaeger, who also lives behind these walls with his mother and two childhood friends, Armin Arlelt and Mikasa Ackermann. One day, a titan attacks their hometown, killing Eren’s mother and destroying his home and city completely.

Devastated by the death of his family, Eren decides to join the Scout Regiment, a group that goes outside the walls of protection and kills Titans. Along with Eren, his friends Mikasa and Armin also join the army group. The story focuses on their adventures, friendship, and cool action sequences the anime is so famous for.

Season 1 begins with Eren’s father leaving for business and promising him that he will show Eren the basement of their home on his return. Suddenly, there is an attack on the city, and Eren’s mother is killed. Eren and his friends are saved by a soldier. Eren decides to join the Scout regiment to help kill the Titans. His friends join him in his quest. Eren and many other people who have joined the army are taught how to use gears and types of equipment to kill the Titans. Eren is also taught hand-to-hand combat by Annie Leonhart. As the training completes, Eren is ready to graduate after three years.

Amid their graduation ceremony, they are attacked by a giant titan. Armin is saved by Eren but ends up losing his arm after being swallowed by the Titan. Everyone comes to know that Eren can transform into a titan. Captain Levi and Erwin Smith visit Eren and recruit him to join the Survey Corps. 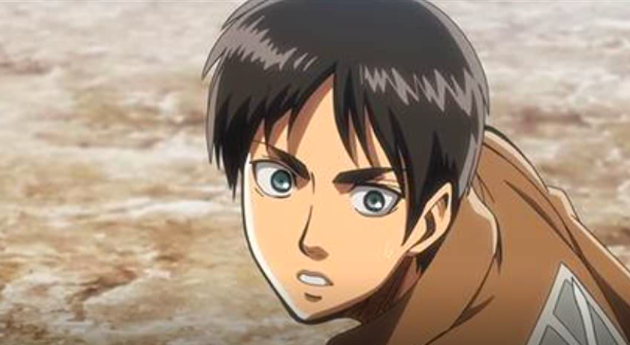 A female Titan appears who can turn the outer layer of her body into a crystal sort of skin. This makes it difficult to kill her and everyone is scared. Eventually, Eren ends up killing the female titan. However, the walls face minor damage due to the battle. Season 1 ends after it is discovered by everyone inside the wall that another titan resides.

The first episode of Season 1 premiered on 7 April 2013. The last episode of the first season was released on 29 September 2013.

Season 2 of the Attack on Titans ended on a shocking cliffhanger. The 12 episodes this season gave us so many new questions formed in our minds. Why are there titans inside the walls? Ymir and his backstory are also revealed which took us on an emotional roller coaster ride. Later, we discover Eren has a power that can control titans, say what!? Eren gets captured by a titan, the population inside the walls is facing poverty, lack of food, and economical issues. With so many new issues popping up, it is exciting to see Eren, Mikasa and everyone else deal with their issues as well as the worlds’. 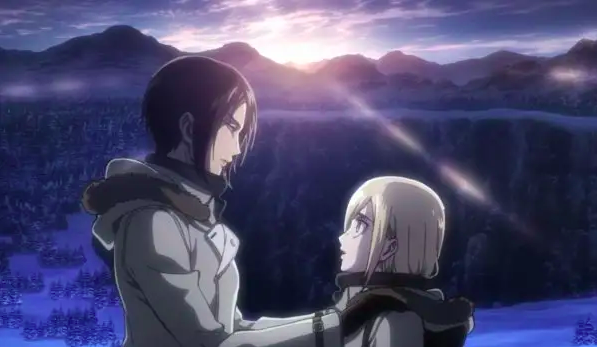 Season 3 of the anime majorly deals with everyone’s backstory. It also deals with the history of walls, the titans, and everything in between. Survey Corps also face backlash in the hands of the corrupt government and the true heir of the throne is revealed. If season 3 is summarized and spoiled in this article, it will be a travesty. Season 3 is one of the best seasons of the show and the readers are encouraged to watch it. Fans must already have watched and loved it. 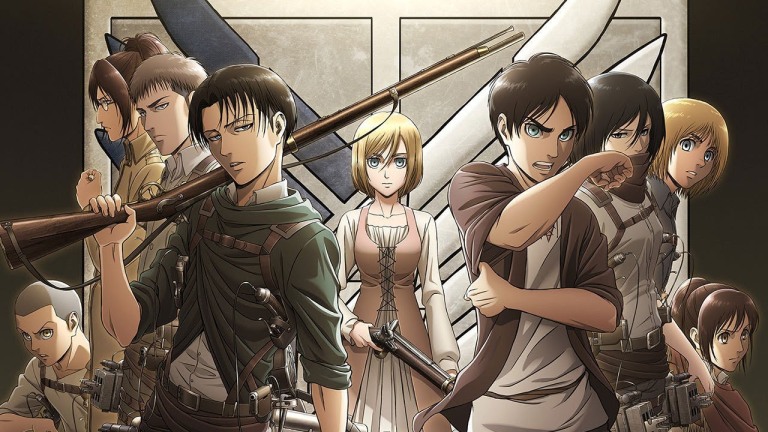 Read more: All You Need To Know About ‘No Game No Life: Season 2’ Release Date

The fourth and final season of Attack on Titan was originally released on 7 December 2020. It was released in English on 10 January 2021. The last episode of the first part was released in English on 2 May of the previous year. The first part of the final season focused on the war of Eren. The war between Mraleyan invaders and Eren is shown and everyone is afraid to see Eren go down a path that is not conventional and expected. The second part of the season went on hiatus till 10 January of this year.

The second part of the last season has taken a much darker tone than expected, judging from the trailer. The last part ended with Eren killing innocent citizens. This has increased the fear in the heart of the viewers as they are scared of what will now become of Eren. The new season will be about the epic war that was left in between when part 1 ended. We are more than ready to know how the show concludes. Even with most of us fearing the worst for Eren, we will stay hopeful.

The cast for the English dub stays the same. As the voice of Eren Jaeger, Bruce Papenbrook is in the lead role, thankfully. Trina Nishimura graces with her sweet vocals, the character of Mikasa Ackerman. Armin Arlert is played by Josh Grelle. Reiner Braum and Zeke Jaeger are played and voiced by Robert McCollum and Jason Liebrecht respectively.

On the other hand, if you are watching the show in original audio, Japanese, here are the cast members that will voice the characters; Yuki Kaji is in the role of Eren Jaeger.  Mikasa Ackerman is voiced by Yui Ishikawa. Armin Arlert is played by Marina Inoue. And last but not the least, Yoshimasa Hosoya and Takehito Koyasu are giving their voices to Reiner Braum and Zeke Jaeger respectively.

The trailer and teaser videos as well as the scores of the anime are reaching new milestones by hours and breaking records. Recently, the latest trailer for the anime reached over 16 million views on youtube and counting. This only shows how the fans are eager for the episodes and the love they still harbor for the hit anime series.

Read more: Mob Psycho 100 Season 3 – Rumored Release Date, Last Season’s Plot, And What Can Be Expected From Next Season

As the show is nearing its ending, one cannot deny the amazingness the series encapsulates. With ratings of 9 on IMDb, 96%on Rotten Tomatoes, and 8.5 on Myanimelist, the show is easily one of the most critically acclaimed manga series of the decade. Not to mention the character growth it stipulates is mind-boggling. In the case of plot progression, the show never bores you. It’s a tear-jerker, mind-numbing, science fiction that stays with you even after the season ends. You are left wondering, theorizing, and arguing over the internet.

The theme of ‘the chosen one’ has been shown too many times to count. Harry Potter, Game of Thrones and so many more fiction shows and movies have screened the concept. As viewers were wary of another cliché science fiction, they were not only surprised but pleasantly so. Eren is everything you would imagine a hero to be, and still so much more. There is an evil side to his hero side that is still unexplored. And as the new episodes start streaming, we are more than happy to observe Eren in this new role.