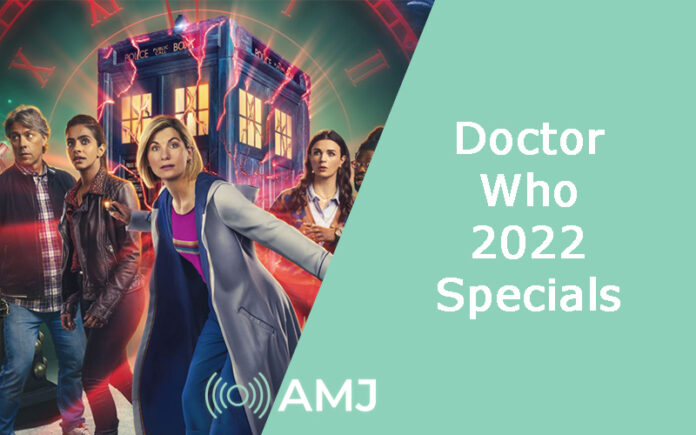 Jodie Whittaker’s journey as the Doctor in the famous science-fiction series Doctor Who is coming to an end with Doctor Who 2022 New Year’s special where she is speculated to appear in three specials. Jodie Whittaker, playing the thirteenth Doctor, was already told by the character called ‘Time’ in the Flux season finale about her regeneration, “Your time is heading to its end… nothing is forever, no regeneration, no life.” Thus, the final special out of these will probably be her last, and it is presumed that the last one will feature Jodie’s regeneration into the new or the next Doctor. The three specials have been broken down into the following: 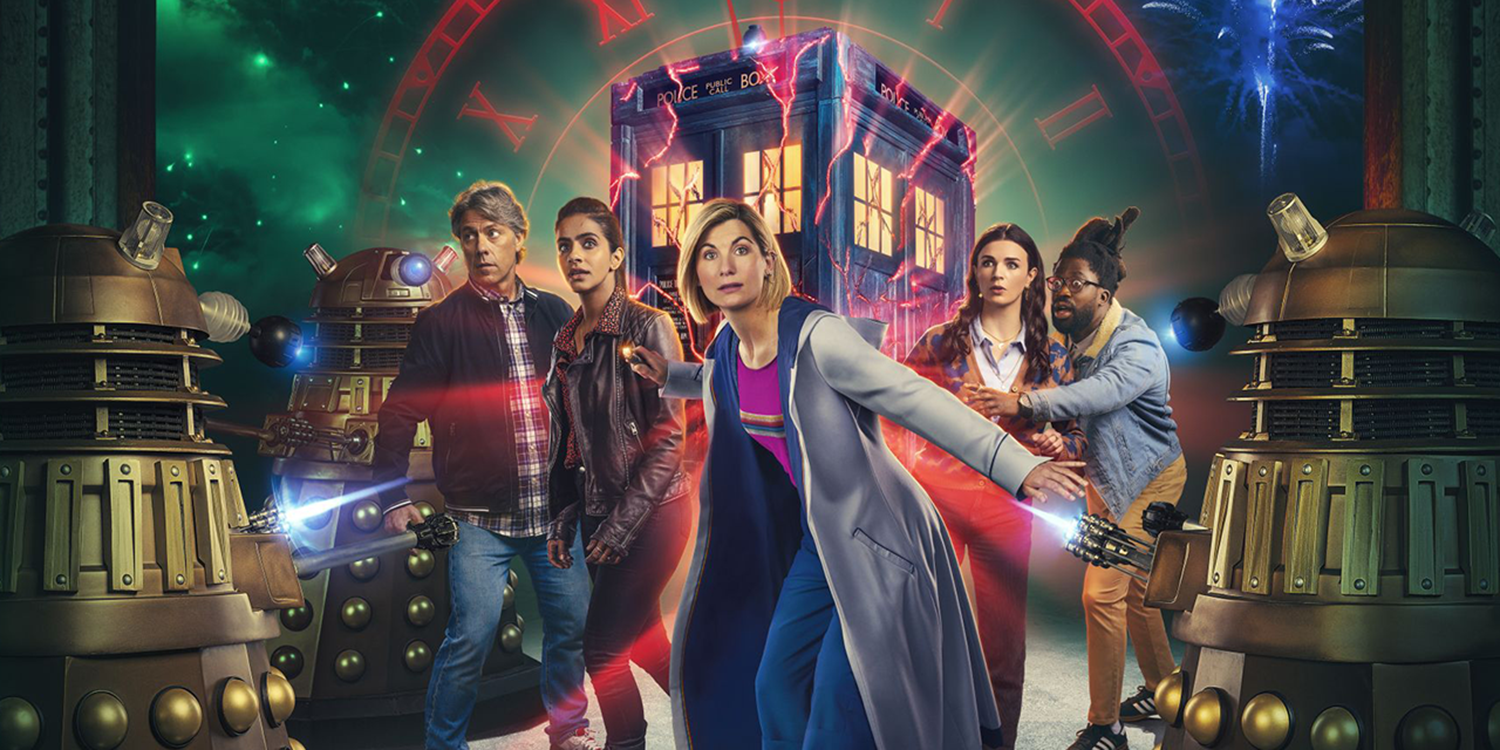 The BBC has not yet confirmed the “Legend of the Sea Devils” release date, but they have confirmed that this particular episode will be released in Spring 2022. There are speculations that the BBC and the team of Doctor Who might choose to air the episode over the weekend of Easter, most probably on Easter Sunday or Monday, which will be a bank holiday. Thus, you may get to see the Doctor’s adventures on the high seas on either 17th April 2022, that is Easter Sunday, or on 18th April 2022, that is, Monday.

The final episode featuring Jodie Whittaker and her adventures as the Doctor marks the broadcaster’s 100 years of existence. Thus, the episode is a centenary special for the broadcaster BBC. The centenary will be celebrated on Tuesday, the 18th of October, 2022. Thus, it is very likely that the last episode of Doctor Who starring Jodie Whittaker also airs around the same time or the same week, if at all it is not aired on 18th October itself.

Cast For The Specials Episodes

For the spring special episode, “Legend of the Sea Devils,” Jodie Whittaker will be playing the role of the Thirteenth Doctor of the series. At the same time, you will see the return of Mandap Gill playing the role of companion Yasmin Khan or Yaz. Mandap Gill will also feature in the autumn centenary special episode. John Bishop will also return as Dan for the two episodes but will not play a major role in the autumn centenary special episode. Legend of the Sea Devils will also have guest appearances by Arthur Lee as Ji-Hun, Marlowe Chan-Reeves as Ying Ki, and Crystal Yu as Madame Ching. This episode is also likely to feature the return of the Sea Devils, the classic monsters of the series.

As mentioned above, both Jodie Whittaker and Mandap Gill will be starring in the final autumn centenary special episode as the Doctor and Yasmin Khan, respectively. There are also rumors about the show featuring John Bishop as Dan Lewis along with Bradley Wash making a guest appearance for a cameo as Graham O’Brien. Sacha Dhawan will most probably return as The Master, who is the main antagonist and the villain. Also, the actor who plays the next Doctor in the series will probably make an appearance in the episode’s closing scene.

Plots Of Spring And Autumn Specials

The story of the spring special episode “Legend of the Sea Devils” explores the real history of Madame Ching, also known as the ‘Pirate Queen’. The episode will also be reviving the classic sea monsters of the series, the Sea Devils, and this will be the first time they feature since 1984.

As per sources from BBC, the episode will have a background and setting of China in the 19th century, and here is where the Doctor, Yasmin Khan or Yaz, and Dan find themselves. The episode revolves around a small village in the coastal areas which comes under threat from the frightening ‘Pirate Queen’ Madame Ching and an alien force that is monstrous and has been unleashed by her. Thus, it will be interesting to watch if the Doctor, Yaz, and Dan can fight off the monsters in the daring battle that follows and, in turn, save their planet. The episode is also expected to lay some groundwork for the next and the final autumn centenary special episode.

Although no specific plot twists are out yet from BBC, the plot for the final autumn centenary special episode will be no less interesting. The episode is likely to wrap up the storyline of The Division or Timeless Child, which has been running throughout the series when Jodie Whittaker has been the Doctor. There might also be a final clash involving The Master being played by Sacha Dhawan.

Who Will Star In Doctor Who As The Next Doctor?

One thing that has not changed for long for this particular science-fiction series is that whoever is to star as the next Doctor on the show, the actor or actress, is always revealed somewhere around the time when the previous Doctor has to leave. Jodie Whittaker’s name was announced for succeeding Peter Capaldi much before “Twice Upon a Time” got aired in 2017. The next Doctor will most probably be revealed in the last episode when the thirteenth Doctor (Jodie Whittaker) regenerates.

So the big question is, who will star in Doctor Who as the Next Doctor, as a successor to Jodie Whittaker? It is being predicted that the creative team of Doctor Who is likely to reveal the name of the next Doctor pretty soon in the coming months of 2022. There are many rumors that include several names, such as those of Phoebe Waller-Bridge and T’Nia Miller, who had previously appeared on Doctor Who as “the General,” who was a Time Lord. Other names include those of Lydia West, Olly Alexander, Omari Douglas, and Fisayo Akinade.

Latest News About Season 14 Of Doctor Who

After the farewell tour of Jodie Whittaker in 2022, there will be a new season of Doctor Who, which will be season 14 of the series. Season 14 will have a new actor playing the role of the official Time Lord. Current writer and show-runner Chris Chibnall will also be leaving the series along with Jodie Whittaker. They both had a “three series and out” pact with each other.

Chris Chibnall was the man behind the decision of casting a female actress for the role of Doctor, and hence, Jodie Whittaker was cast as the first-ever female Doctor of the series. He is also known to have added several amazing characters, plots, and layers to the show’s thrilling mythology, making it much more interesting.

Chris Chibnall is expected to be succeeded by screenwriter Russell T Davies. He is not new to the series and has worked earlier where he contributed exceptionally well to the show. With Russell T Davies taking over as the show-runner, fans have huge expectations from the show, and there is excitement over what he brings to the table and how he keeps the viewers on the edge of their seats.

All in all, the audience of the show is in for a treat when it comes to these three specials and the new season, which will be the 14th in the series. Jodie Whittaker has exceeded all expectations the audience has from the actor, or in her case, the actress who plays the Doctor. She was also voted the 2nd Most Popular Doctor of all time, and her role has been nothing less than iconic. With the three specials in 2022, she, along with Chris Chibnall will bid adieu to the series, leaving the audience enthralled with their performance and contributions to Doctor Who.