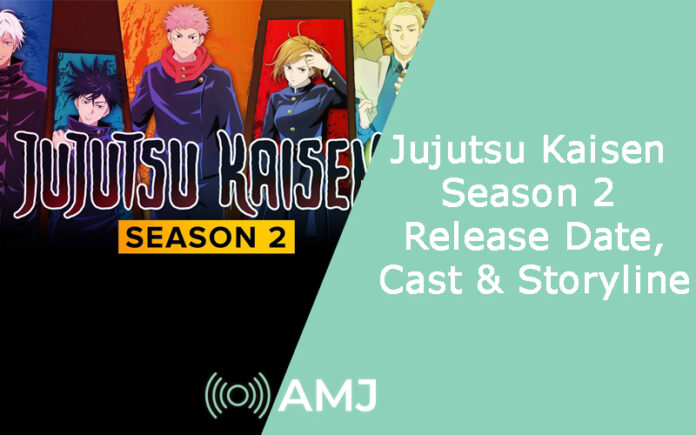 Japanese comics known as Manga are more often than always transformed into anime dramas, series, etc. In recent years, the anime craze has increased worldwide, and people have also started following Japanese culture and learning the language to express love. Anime fans adore the drama “Jujutsu Kaisen” and are anxiously anticipating the next season. The fans are showing their craze through fans’ pages, memes, and by using their dialogues in daily conversations. This article will provide the anticipated release date, the narrative of the previous season, and what viewers may expect from the following season. Dive in and get ready to learn the little-known facts of your current favorite drama! 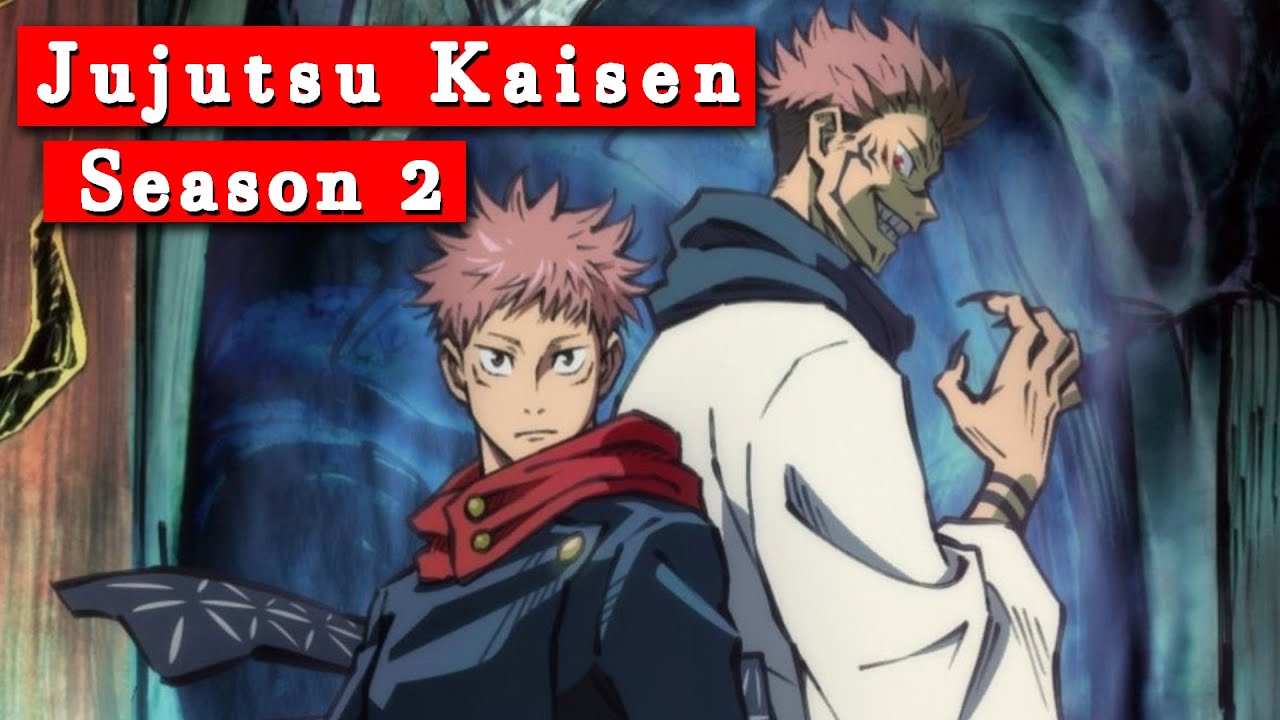 When Can Audiences Expect The Release Of Season 2?

Season 2 of “Jujutsu Kaisen” has yet to be officially confirmed, although admirers do have the reason to suspect it will be released soon. At the conclusion of the first season, the makers revealed that a movie titled “Jujutsu Kaisen 0” will be released soon, depicting the precursor plot “Tokyo Metropolitan Curse Technical School,” which consists of two main central characters Yuta Okkotsu and Rika Orimoto. The announcement was made in a brief teaser, coupled with a possible official release of winter 2022. Given the amount of material still to address and the current manga series, a Season 2 of “Jujutsu Kaisen” is plausible following the film. When it comes to a prospective official release, the very first thing that could be determined based on current knowledge is that it will not be released until the winter of 2022, which is when the picture is released. Although both series’ productions could run simultaneously, the company would want features to build up the storyline of the second season. So the first season’s promotion and release were so close together, a probable launch date for “Jujutsu Kaisen” Season 2 could have been as early as 2023, or immediately after “Jujutsu Kaisen 0.”

What Was Season 1 All About And What Was The Hype All About?

Jujutsu Kaisen is a Japanese drama television series inspired by Gege Akutami’s manga. On November 25, 2019, the anime adaptation was revealed. Yuji Itadori, a high schooler, enters a secret society of Jujutsu Wizards in an attempt to slay Ryomen Sukuna, a strong Curse of whom Yuji has become the recipient. Yuji Itadori is really a gifted athlete who prefers to participate in his institution’s Occult Club above athletics. Yuji’s ailing grandfather tells him to assist others to die surrounded by others, and his grandfather passed away shortly after.

Megumi Fushiguro, a Tokyo Metropolitan Magic Technical College student, is charged with finding a “Cursed Object,” Ryomen Sukuna’s finger. Yuji bites the thumb in an effort to save Megumi as she is overcome by a Curse. Yuji is controlled by Sukuna, who wants to go on a murdering rampage as a result of this. One person is killed when a troop of sorcerers is assigned to evict a Cursed Womb at a prison camp in West Tokyo. Satoru, one of the conjurers, uses his talents to test Yuji’s determination, stating that his grandpa’s last desire is inadequate. Yuji bites another one of Sukuna’s fingers afterward to show that he can dominate her. Yuji recognizes that he doesn’t want to live his life regretting not preventing Sukuna, and as a consequence, he is admitted into an institution.

At Jujutsu High, Yuji, Megumi, as well as Nobara examine the presence of a “womb.” They think the womb has the ability to turn into a tainted spirit of a higher level. Ijichi informs them that they have no choice except to flee or die. The objective is to identify and save the victims. Yuji’s hand is ripped off, and he is soaked in blood by the evil energy, who intends to free Sukuna. Sukuna dupes Yuji into agreeing to a pact that allows him to take control at any moment without murdering or destroying Yuji’s memories. Yuji appears but succumbs to a lack of blood. He as well as Nobara meet second-years Maki Zenin, Toge Inumaki, and Panda while in sorrow, and they learn that they’ll be participating in the Kyoto Sister School Exchange Event alongside.

Megumi confesses that saving Yuji was egotistical and that his drive to save others stemmed from an urge to “assist others unequally.” Nobara and Megumi meet the Kyoto Jujutsu Tech kids they would be fighting against each other while prepping for the trade event. Geto, Jogo, as well as Hanami travel to a nothingness wherein evil souls, including the freshly born Mahito, are hibernating. Yoshinobu Gakuganji, Kyoto’s principal, is accused by Satoru of deliberately driving the first-years to their graves against the curse-womb. Later, at a cinema, Mahito utilizes accursed power to dismember and murder several high schoolers. Junpei sees his friends’ features becoming transfigured and dying.

Yuji and Nanami Kento, a retired first-grade jujutsu wizard, come across two afflicted spirits. Nanami is Mahito’s ideal instrument for carrying out the sociopath operations. Junpei confronts Yuji utilizing Moon Dregs, a doomed spirit method. Junpei gets transformed into a hideous beast by Mahito’s Idle Transfiguration. Sukuna chuckles at Yuji as he requests his help in healing Junpei. Yuji tells his companions about his rescue at the swap event.

As a result of Jogo’s assault, Satoru fears a spy is among Tokyo Jujutsu Tech’s ranks. Megumi’s Nue knocks down Momo’s broom as Nobara and Panda taunt her, just for Noritoshi to assault Megumi. Kasumi, Megumi, Noritoshi, Yuji, Aoi, Yuji’s Black Flash, and Hanami, the Superior Grade Evil Soul, are all unveiled. The original ordeal, Mahito confesses, was a deception to divert Satoru’s eyes away from the Tokyo school. Megumi, Nobara, and Yuji, first-years at Tokyo Jujutsu High, are dispatched to probe suspicious fatalities linked to the former’s old institution, Saitama Urami East Junior High. One of the Cursed Womb’s Death Paintings is embodied by Mahito and Geto.

“Jujutsu Kaisen” covers Yuji’s initial contact with Sukuna and how he becomes involved only with Jujutsu School and warlocks in Season 1. The plot proceeds via different confrontations versus Curses while they seek the fragments of Sukuna during the first season. Simultaneously, Yuji, Megumi, and Nobara face a variety of personal obstacles, including differences over tactics and beliefs, as well as the intense emotion of slaying Curses. Yuji and Nobara vanquish the Death Paintings, different human brothers who turn into Curses, towards the end of the first season. Yuji also reconnects with Yuko, an old classmate who does have a crush on him. Regarding the history shown in the manga, it appears reasonable to infer that Season 2 of “Jujutsu Kaisen” would address the “Shibuya Incident” story arc. 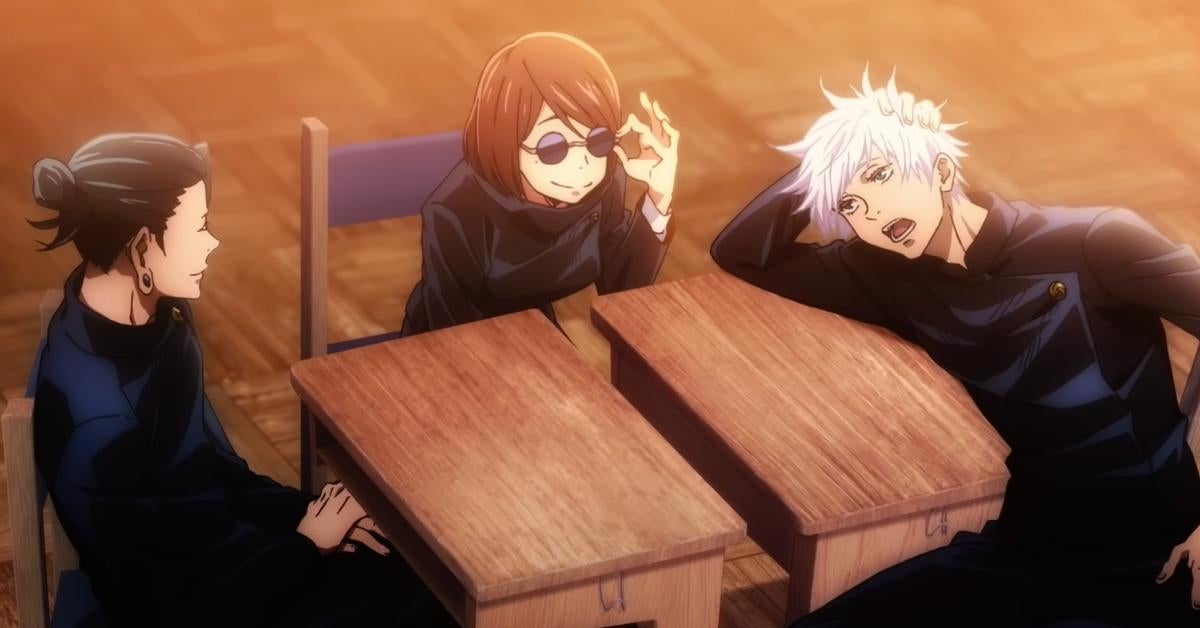 This film depicts a group of sorcerers led by Yuji as they fight against a well-coordinated campaign by Curses as well as other demonic spirits to eliminate those who resist them. The events include a lot of furious combat with potentially severe consequences for Yuji and others, as well as a few big defeats. This will be a significant event for admirers of “Jujutsu Kaisen,” with long-term implications for the program and its protagonists.

The Cast Of Season 2: Protagonists And Antagonists!

The new season of “Jujutsu Kaisen” will most probably have almost the same cast as the first, as a sequel of Season 1. This contains Junya Enoki as Yuji, who undertakes a quest to discover all of Sukuna’s components, spoken by Junichi Suwabe, only with the understanding that he’ll have to martyr himself in the finale to defeat Sukuna. 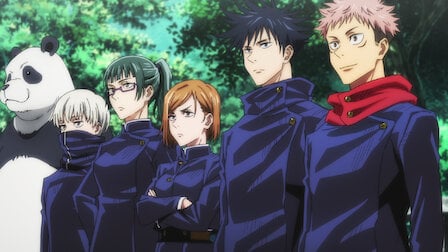 Megumi, the stern wizard who must pair up with Yuji, is portrayed by Yuma Uchida, while Nobara, dubbed by Asami Seto, is a feisty woman who is a powerhouse in combat. Yuichi Nakamura’s character, Satoru, is the greatest sorcerer in the area and educates at Jujutsu High, in which the trio of pals learn. As the universe of “Jujutsu Kaisen” develops with the film and new series, it’s very sure the current programme will introduce new folks, whether by new Curses, new warlocks, or just ordinary old folks Yuji encounters. Many outstanding voice actors will be ready to connect the cast as a result of this.

The complex, genuine characters, particularly the female ones, are one of the series’ key selling points. Despite the fact that “Jujutsu Kaisen” is part of the sexist Japanese anime television genre, the “narrative allows argue, and battle for their opinions and their place”. Ultimately, “Jujutsu Kaisen” has left an indelible mark on the manga industry, and fans are anxiously anticipating announcements of a second series. It can be speculated by the response of the audience for the initial season that for season 2 it will be no less. 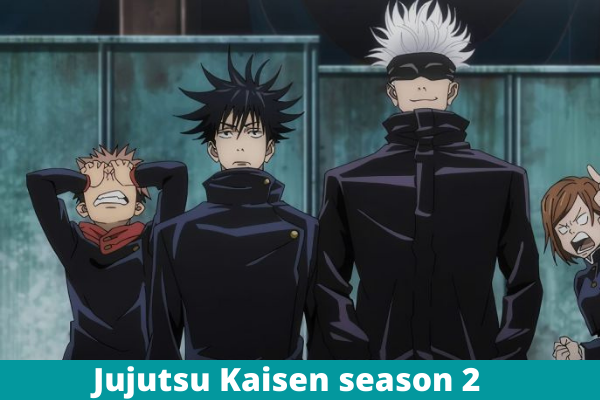 The fans are hooked to all pages and sources just for that golden announcement. Until the new season is released, fans may make the most of what they have by viewing prior seasons, listening to their music, watching trends and fan sites, and much more! For the ones who don’t know where they can access the initial seasons, here it is. Season one of Jujutsu Kaisen can be watched on Funimation Now, HBO Max, Crunchyroll, or VRV. If one wants to watch them for free they can log on to VRV and Crunchyroll where they are being streamed.