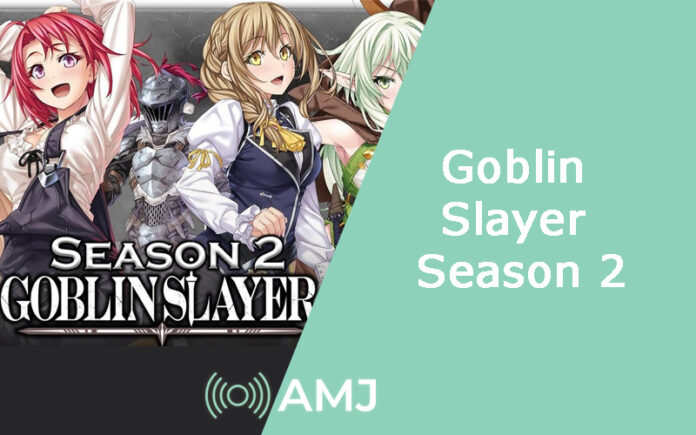 The famous anime series Goblin Slayer known as Goburin Sureiyā in Japan will soon have another season out for its fans. The makers of the anime officially confirmed that they will soon release Goblin Slayer Season 2 during the GA Bunko 15th anniversary celebrations and that the production of the anime was in progress. The series is based on a Japanese dark fantasy light novel series which has been authored by Kumo Kagyu whereas the credits for the illustrations go to Noboru Kannatsuki. The makers earlier released a short teaser trailer of the new season which was more of an announcement and confirmation for Goblin Slayer Season 2 and less of an official trailer. 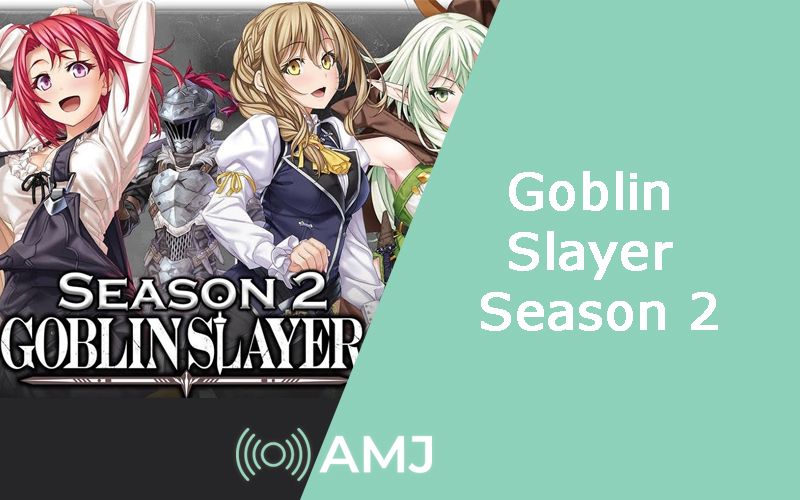 The series has several fantastic elements of thrill and action, where the protagonist is Goblin Slayer who is an adventurer. The story is set in a dark fantasy world and revolves around Goblin Slayer, where in Season 1 of Goblin Slayer, his family was murdered by a group of Goblins in front of his eyes when he was a child and now his purpose in life is to eradicate all goblins and thus he undertakes monster-killing which is set by the organization known as Adventurer’s Guild.

Along with the Priestess, Dwarf Shaman, Lizard-man, and High Elf, he has set out on a mission to deal with every single one of the goblins. These adventurers fulfill the tasks in exchange for never-ending glory and precious gold.

At the end of Season 1, the priestess was heard saying “Goblin Slayer has an uncertain destiny because he is a pawn in the hands of the high authorities.” Thus, it is speculated that in Season 2, the narrative might focus on what the priestess had said. More adventures are lined up for the Goblin Slayer and the audience is probably to glimpse his destiny taking shape.

While the first season of Goblin Slayer premiered on Crunchyroll in the year 2018 in October in Japan, the release date of the second season has not been officially announced yet. The first season had 12 episodes and it very quickly gained mass following and fan-base from the viewers. Given the high popularity of the series, it is no surprise that fans all around the world have been eagerly waiting for a release date for Season 2 of Goblin Slayer.

However, rumors are that the official release date could be announced soon and it is likely to be aired between the months of April to July 2022. It has been observed that once a new season has been announced and officially confirmed, the usual time taken for the release of the new season is between 6 to 12 months.

Book Adaptations For Seasons And Movies

Up till January 2022, 15 volumes of Goblin Slayer have been released. There are 12 books in the Goblin Slayer manga, along with some other side stories. Considering that the Goblin Slayer novel has not been finished yet and is still ongoing, it is possible that the series has a few more years to go before ending. The latest volume of Goblin Slayer was published by Kumo Kagyu on 14th September 2021, in Japan. The 16th volume will most probably be out in the coming month of February 2022.

Season 1 of the Goblin Slayer anime series was based on the adaptations of volumes 1 and 2. The movie that has been released earlier was based on volume 5. It is thus being presumed that the new season of the anime series, Goblin Slayer Season 2 will be an adaptation of volumes 3, 4 and maybe even 6. This also indicates that there could be a season 3 as well given that there are volumes left for adaptation after season 2.

Important staff members of the ever-famous Anime series Goblin Slayer include Director Takaharu Ozaki and Studio White Fox. The credits for series composition as well as script go to Hideyuki Kurata. Takashi Nagayoshi is responsible for character design. The cast of the voice-over artists or actors is mentioned below in the table.

One important news update that is making the buzz is that White Fox Studio will not be producing Goblin Slayer Season 2. This is because of the shortage of staff as well as their other commitments of producing Utawarerumono in the summer of 2022. Since the responsibility of the new season now falls on a new studio entirely, they will be required to start everything from scratch. This is probably why Season 2 has been taking much more time and the makers have not yet announced the official release date. Fans also have high expectations from the new studio and wish to see better graphics and adaptation, and have a better watching experience altogether with the coming season 2 of the series.

The show’s popularity has been ever-growing with Goblin Slayer’s Twitter handle gaining followers every day. Goblin Slayer Season 2 has been trending on Google as well since the makers officially announced the production of the season. The anime series has also been a part of several controversies given its bloodshed, slaughter and sexually explicit content, and violence. However, none of this has been responsible for sabotaging its popularity and has been accepted by the audience fully. The series also has a very high IMDb rating which is far more than other anime series. Several types of merchandise have also been released with more than 10 action figures. These include action figures of Goblin Slayer, Priestess, High Elf, and more.

In the list of most popular light novel series, Goblin Slayer has found its place in the top 50s. The audience is in for a delightful experience with the new season of Goblin Slayer which will soon be released and most probably around July.  While there is anticipation for the announcement of the official release date for season 2, there is also anticipation around the official trailer and the makers are surely not going to keep their audience waiting very long for the trailer at least. With Goblin Slayer Season2 in line, you will soon be witnessing the most thrilling sagas of all time.