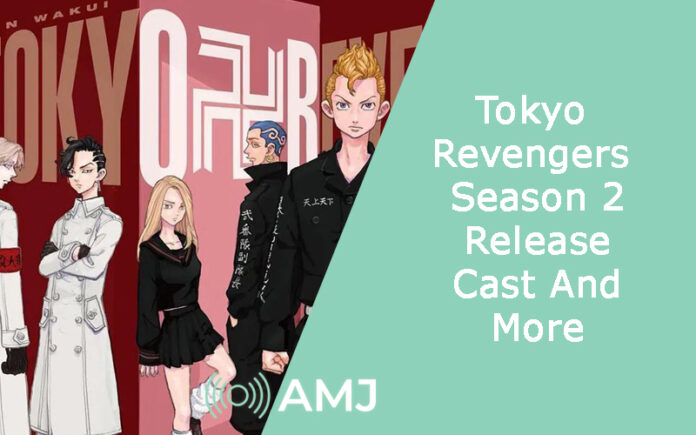 The popularity of anime has skyrocketed these past few years. What could be the reason for this? Anime is merely a cartoon-based movie or show. So why is it not only popular among kids? Why are teenagers and grownups all loving it right now? Well, the answer could be that anime has very strong powerful messages along with an intricate and multi-layered plot and storyline coupled with great visuals and eye-catching action sequences. One such anime is famously known as Tokyo Revengers.

Tokyo Revengers, also commonly known as Tokyo Manji Revengers, is renewed for season 2. How are we so confident? Well, in the 2022 Jump Festa, the anime and manga fan convention of two days that is held annually in Japan, it was announced that another arc, that is, the Christmas Conflict Arc has entered production. 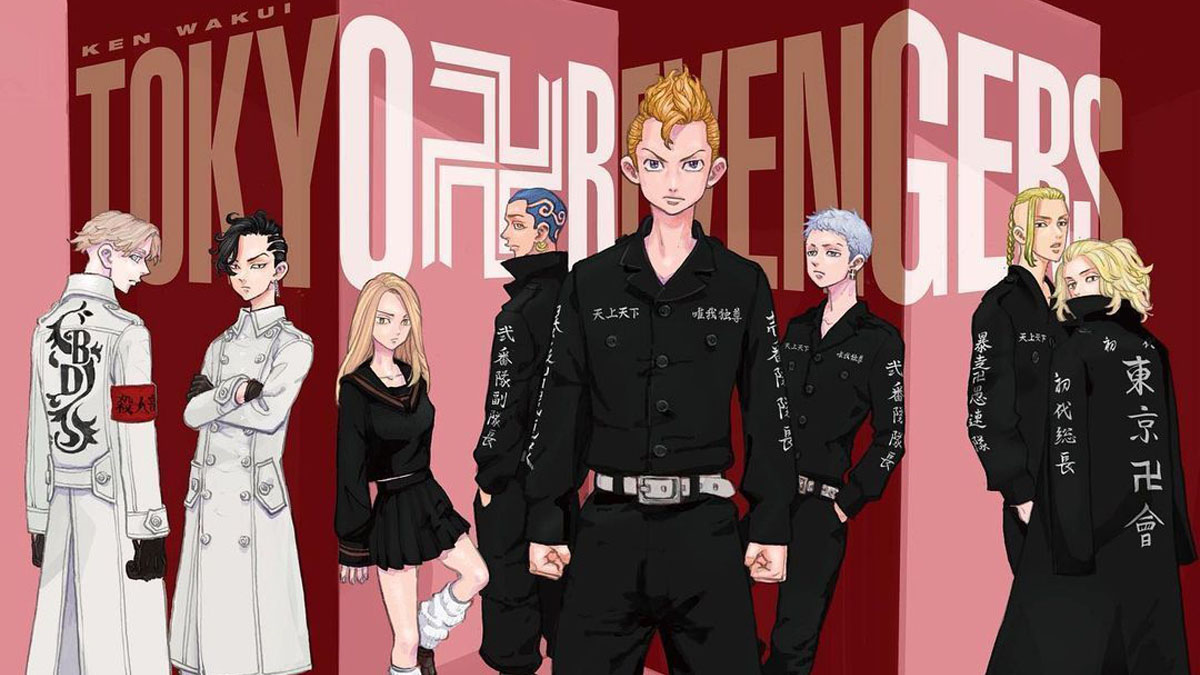 This means that by the end of 2022, we will have the happy news of being able to view season 2 of one of your favorite animes. Directed by Koichi Hatsumi and Composed by Yasuyuki Muto, the series is produced by LIDENFILMS studio. The series was the most searched anime series on yahoo Japan last year along with Evangelion. The anime series was also trending on Twitter with its opening theme “Cry Baby” in the spring of 2021. And in better news, Crunchyroll, the anime streaming platform recently announced the nominees for 2022 Anime awards and Tokyo Revengers was one of them, owing to the great reviews it garnered with the release of its first season.

Tokyo Revengers is hands down one of the most loved anime right now, right after My Hero Academia. Fans are crazy over time traveling delinquents of Japan who want to right a wrong.  If you want a trip down memory lane and revitalize a few key points of this well-loved anime, continue reading.

Tokyo Revengers is the story of Takemichi Hanagaki. He is a low-level office worker who used to be very popular while in his second year of middle school. He had a girlfriend Hinata Tachibana whom he loved, a gang who was loyal to his friends who always had his back. But one day, he gets a piece of tragic news. His middle school girlfriend has died along with her brother at the hands of the Manji gang of Tokyo.

As sad as she is, he cannot help but reminisce about his middle school days. Suddenly, he flashes back to those days and by mistake lets it slip to Hinata’s brother that he will die at the hands of a certain gang. As he comes back to the present, he is astonished to see the brother alive. Encouraged that there is still a chance to save Hinata, Takemichi goes back to the past to change the course of time and protect the only girl he ever loved.

Season 1 of the anime series officially premiered on 11 April 2021 for English speakers. The season consisted of a total of 25 episodes with the last episode releasing on 19 September 2021. The season covered 73 chapters of the manga in its first season.

The season showcased a total of 5 arcs in its first season. In the first season, Takemichi, who has recently learned the unfortunate news of his middle school girlfriend being killed at the hand of the infamous Manjo gang, is heartbroken. Suddenly he finds out that he has time-traveling abilities. While using his ability, he travels back to his middle school days and begins reliving the time when he and his friends acted as tools of disposal for a member of the Tokyo Manji gang. He catches the attention of the leader of the Tokyo Manjo gang. Back in the future, he finds the leader whose nickname is Mickey. Mickey makes him promise to change the past and dies by committing suicide.

Takemichi, with his decision to change the past more firmly now, goes back to the past. The season ends with Mickey announcing in the past, the merging of two gangs while in the present Takemichi is now an executive member of the gang and is captured by the police.

Takemichi is now one of the leaders of the Tokyo Manji gang. As season 2 is revived, most of us might look to the ongoing manga for the plot source which is in its last arc and will be finished soon. But seeing as how most of the viewers are very excited for the show, we might as well wait and not spoil the next season. 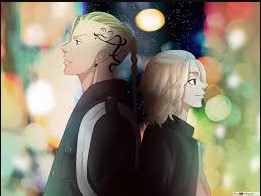 However, one thing is for certain, Takemichi, our protagonist, is in the middle of something very dangerous. Most of the characters will be back for season 2 including the most beloved Mickey, Draken, Mickey’s friend who is the most protective of him, and Toman, another key member of the gang.

As mentioned earlier, most of the cast is back for season 2, this means that the people playing them will be back as well playing the character as the previous season. Here is a roundup of the major casts of Tokyo Revengers. 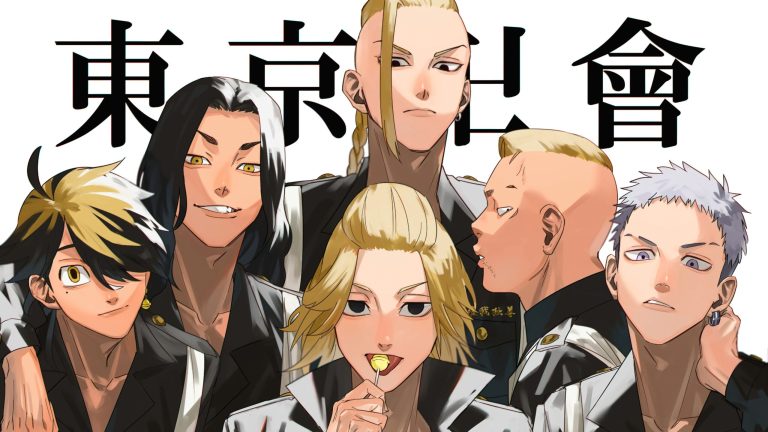 For the English viewers, A. J. Beckles is giving his voice for Takmichi Hanagaki, Lizzie Freeman is playing the role of Hinata Tachibana. In the role of Mikey are Aleks Le and Casey Mongilli (old and young respectively). Other characters like Naoto and Draken are played by Sean Chiplock and Griffin Puatu respectively.

On the storyboard for this time-traveling anime is Takashi Kawabata, music is given by Hiroaki Tsutsumi and responsible for the compelling and eye-catching character design are Keiko Ota and Kenichi Ohnuki.

Manga Of The Series

The Tokyo Revengers is based on the famous manga written by Ken Wakui. Wakui is the illustrator for this Japanese manga series as well. To be honest, the manga had done pretty good for itself, so it was expected for the anime to do at least half as well. However, the point and arcs which season one of the series covered were only 8 volumes of the manga series.

The manga has over 24 volumes with the final yet to come. This proves that the series not only has enough material for season two but season 3 as well. It is the time for the fans to rejoice as there is indeed hope that Tokyo Revengers will probably continue for a long time.

The manga has won many awards owing to its unique and engaging storyline. In 2020, it won the 44th Kodansha Manga award for the best manga in the shounen category. A not very well-known fact is that the writer of the amazing manga, Ken Wakui was himself a member of a gang, which could be the inspiration for this awesomely written manga.

Where Can You Watch It?

Scoring an 8 out of 10 from Myanimelist, the anime Tokyo Revengers received a 6 in its animation, which is expected as the animation is mostly white and black with touches of yellow and splashes of other colors.

Like most anime, you can view the Tokyo Revengers on Netflix. However, the series is also available on Crunchyroll and anime-planet. Season one of the anime also boasts English dubbing, available both on Netflix and Crunchyroll for viewers who want to see it in English.

Although it is expected that the animation does not receive the greatest review, basically because of its lack of eye-catching quality, the somber animation does add to the gothic noir feel the anime has and promotes the overall vibe of the anime.

Although the viewers for the anime are pretty divided right now, with few complaining that watching the show feels like a chore and characters just never grow up, the majority of the viewers find themselves cheering the characters and enjoying the overall plot which makes the viewers feels like being a part of a cool gang, which we all wanted to be at some point.

On the other hand, the main character Takimichi is not loved by the audience. The opening song fits him as most of the time he is a crybaby. The problems in his life are his faults and he does nothing to overcome them, resorting to crying over them in his free time. While after discovering the time-traveling part, his character growth is something to watch.

The plot, although moves at a snail’s pace and sometimes lacks the incentive to watch, it is still the first season, the storyline has yet to develop fully and we as the viewers find ourselves waiting for the second season.

The Popularity Of Anime – Final Words

The Japanese cartoons have made a space in our hearts not just because the characters are so good-looking, but because their characters grow, the plot progresses and the show has a great message for us. The female characters in anime are not there merely as eye-candy. They have roles to do and are the main character oftentimes.

If any of you have seen a very famous anime movie called Silent Voice, the message it conveys to young people is so heartbreaking and at the same time encouraging, it becomes astonishing how a mere cartoon movie could do it. But, as it is said, the simplest thing could have the most impact, Japan again proves the value of simplicity.