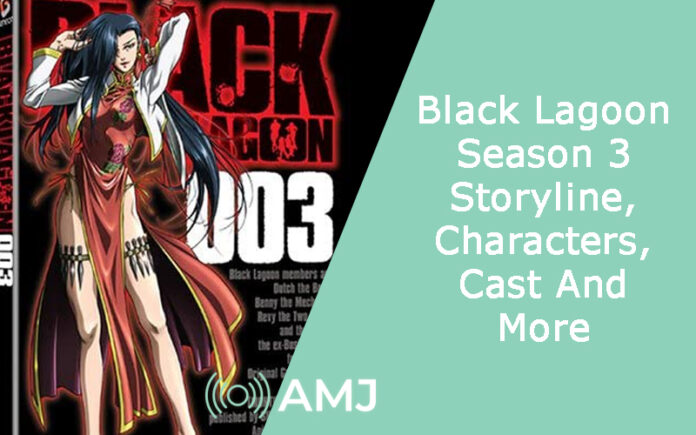 Anime is one of the most diverse categories of the television industry and the OTT platforms and has always been popular amongst different age groups. It has many original series and even popular adaptations of novels and mangas, and all this binge-watching content is from different genres. You will find something interesting and fun to watch no matter which genre you are crazy about. One such popular series for action and crime lovers is Black Lagoon.

Black Lagoon is a famous anime series that has been created by Madhouse Studio. The name Madhouse Studio is enough to excite the audience as they are known for creating exceptionally thrilling and interesting series and some such anime series by Madhouse include ‘One Punch Man’, ‘Death Note’, and ‘Overlord’. The English dubbed version of the series can be viewed on Funimation, Amazon, Netflix, and Viz Media. The series has been highly rated with a rating of 8 out of 10 by IMDb, 8 out of 10 by My Anime List, and 86% by Just Watch.

The Black Lagoon is an action-oriented thriller anime series that is full of gunfights, the mafia, crime lords, drug cartels, and more. A special feature of the Black Lagoon anime series is that it is one of the very few series which has its English dubbing at par with other amazing series in the Japanese language. The dialogues are free-flowing and the accent is sharp with brilliant voice acting. The mannerisms of the characters are appreciated by the audience worldwide. 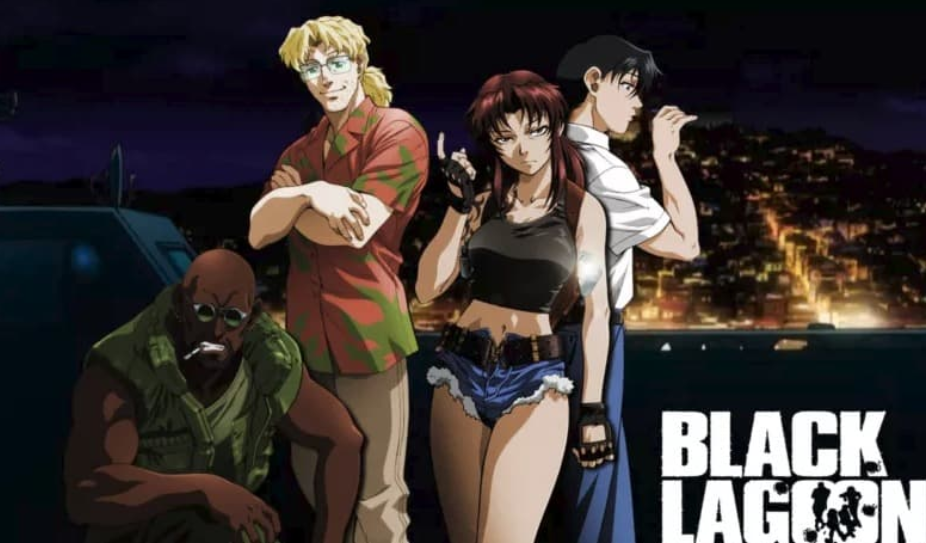 Black Lagoon’s manga, which has been written and illustrated by Rei Hiroe, is the inspiration behind the anime series Black Lagoon. It was first launched in 2001 in the Monthly Sunday Gene-X magazine. The series has been well received by the audience because even though there are much action-oriented anime series, this particular series’ action and thrill is refreshing and the makers have been highly creative with the action element. Also, unlike many anime series which originate from Japan and hence have the background setting in Japan and exhibit the Japanese culture, Black Lagoon takes a different route and has its setting in the South China Sea.

The series is set in Roanapur which is a fictitious city in Thailand. Roanapur is in the clutches of corruption and all the government and religious institutions are trapped. The high rate of corruption has led to an increase in the crime rate and the city has become a sanctuary for degenerates, criminals, and convicts.

The protagonist, Rokurou Okajima is a businessman. He visits Southeast Asia where he gets kidnapped by ‘Black Lagoon’ which is a local group of mercenaries. Not being able to escape and without help, he decides to then join this group. Thus, the entire series ‘Black Lagoon’ is an incursion into the world of crime and focuses on the criminal mindset and what circumstances can force someone to lead an immoral life as such.

Rokurou Okajima is the protagonist of the Black Lagoon series and is also called the ‘Rock’. He has previously worked as a salary-man in Japan and got transferred for business purposes to the South East. He grabs the opportunity to escape from his monotonous routine of life. However when he gets kidnapped by the mercenaries’ group ‘Black Lagoon’, his employer betrays him and he has no option but to join the group.  His character development has been strong and he has moved on from a courteous man to one who shares the responsibility for managing, negotiating, and interpreting business and activities for Black Lagoon. 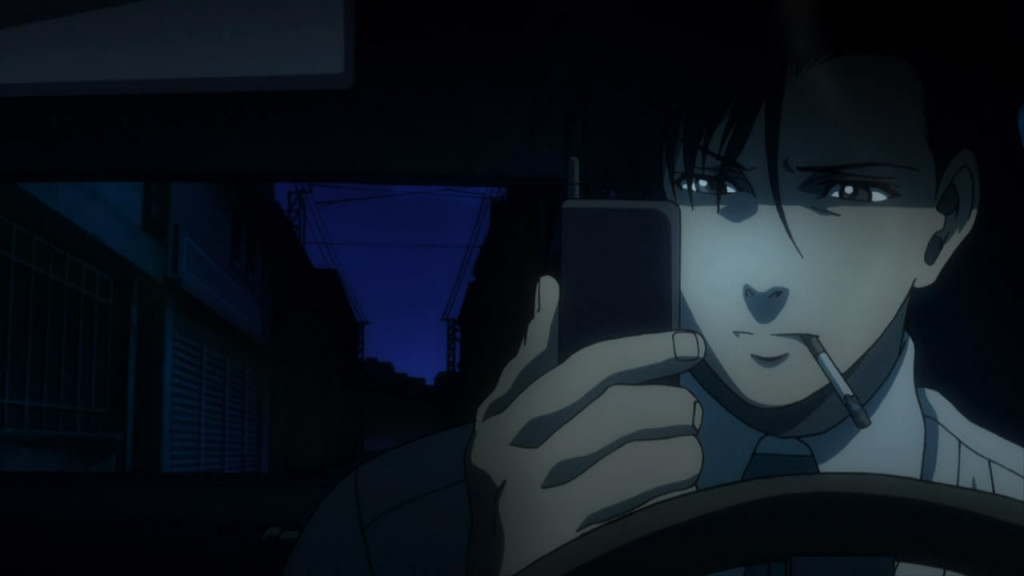 An ex-American Naval Officer, Dutch is the man who is the leader of the ‘Black Lagoon’. He served in the American Navy during the War of Vietnam. Being a Christian, his ethics keep him away from fighting which is a part of his business in Black Lagoon. Thus, he keeps himself busy with passing orders to members of the team and dealing and maintaining relationships with the clients. 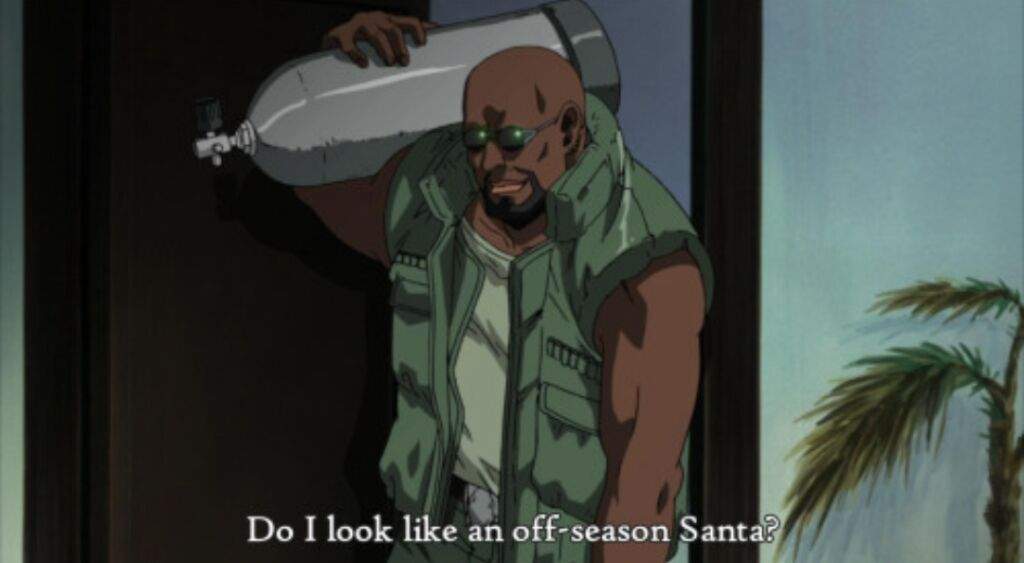 Read more: Everything That You Need To Know About Accel World Season 2

Revy is one of the fiercest characters of the series and her short temper makes her pull the trigger straight without second thoughts or remorse. Known for being merciless, she is brutal in her ways and with the slightest of provocation can kill anyone without much hesitation. Though she was contemptuous towards Rokurou Okajima initially and even tries to kill him, she later accepts him and considers him family. 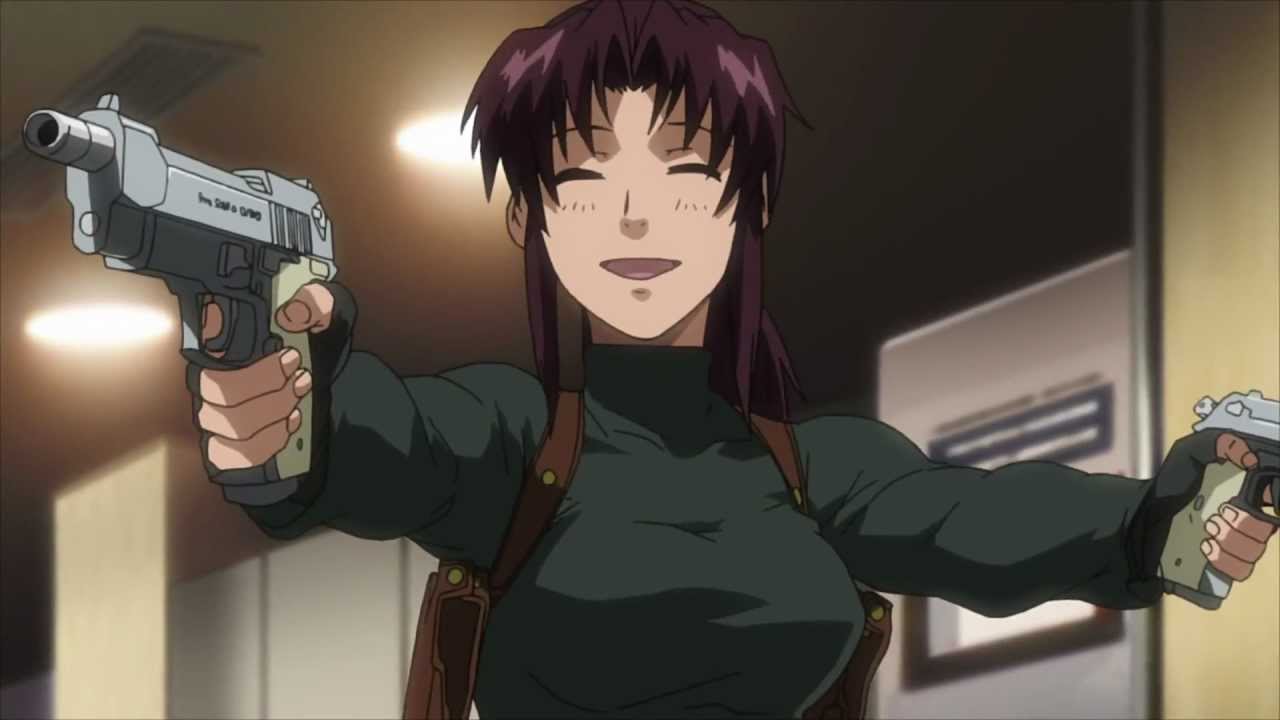 Called ‘Benny Boy’ by Dutch, Benny is smart and is responsible for managing the business’s research and has skills in computers and software which makes him an asset to the team. He is also known for his skills as a mechanic. 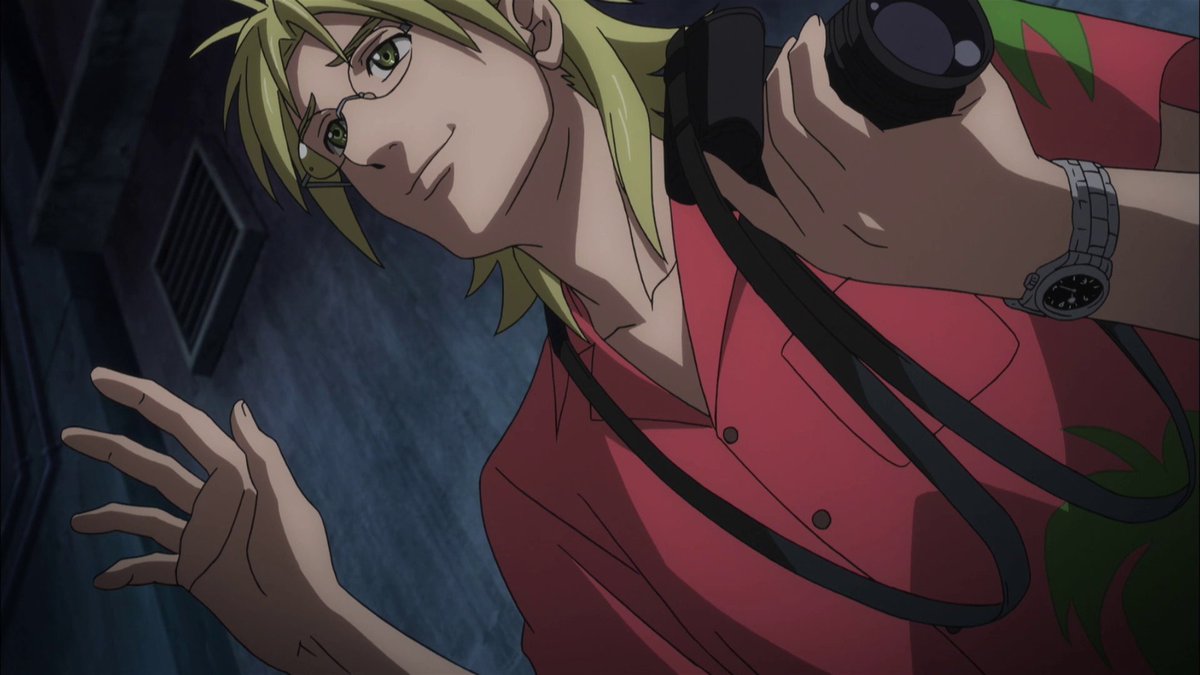 The Cast and Staff

The series has been directed by Sunao Katabuchi and its producer is Mitsutoshi Ogura and Jun Nishimura. The Executive Producer is Hiroyuki Oomori and the Production Producer is Satoki Toyoda. The Action Animation Director is Chie Uratani. Given below is a list of all the Japanese voice actors who played your favorite characters in the Black Lagoon series.

The series release is sporadic because of the many hiatuses in the manga series. One released arc is left for adaptation but if that is made into the third season, it would be very limited and short. On the other hand, the makers have the option of going ahead with creating a story that is original, to help fill in for the long time gap. However, that might not go well with the fans of the series who have been appreciating the series for an accurate and authentic adaptation of the original source material.

So, the question is, when is Black Lagoon Season 3 coming out for the fans. Given the high popularity of the series, it is likely that there is going to be a third season. However, the third season is likely to come out only if Rei Hiroe releases more chapters that are together enough for adaptation into an entirely new season. Rei Hiroe released the latest volume in August 2021. The fans can still hope that there will be a new season of Black Lagoon. 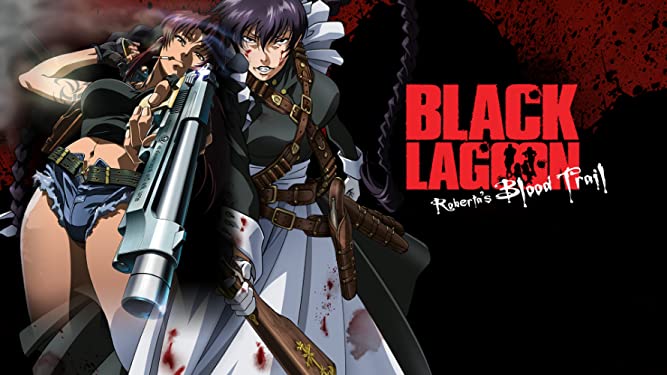 Roberta was an ex-terrorist who turned maid for the Lovelace family and her character had been featured in the first season of Black Lagoon. Garcia who is the son of the murdered head of the Lovelace family and also the rightful heir, goes after Roberta in an attempt to stop her. Out of desperation to stop Roberta, he takes the help of the Black Lagoon and hires their services.

Black Lagoon still has a strong fan base. It has been brilliantly dubbed in English and if you do not understand the Japanese language, you can go in for the version dubbed in English which is just as good. If you have not watched it yet, you can watch it as it is available on Amazon, Netflix, Funimation as well as on Viz Media. The series is full of gunslinging action sequences and has an amazing plot and storyline, and strong character developments. You will surely not be disappointed and will be left for wanting more as the series is enjoyable and a must-watch for action lovers.