Just within first episode of ‘Alice in Borderland’ season one, you might have became a die-hard fan of this whole series.

Moreover, after the end of first season, many fans are awaiting to get mesmerised with the charm and potential of Season 2 of Alice In Borderland.

However, it’s still to early to tell whether Netflix will permit second season to take place on the platform or not. Yeah, they still want some more data about response for first season. Also, there are some signs indicating some positive news in near future regarding second season’s release.

For people not knowing about this show, we’d like to mention that it’s a season roaming around live-action adaption of manga by the author Hara Aso. Moreover, this series is written by Yasuko Kuramito and directed by Shinsuke Sato.

As we all know, Netflix emphasises more on the response from audience around the globe for season one and then based on it they give green or red signal for next season. So yeah, major potential renewal of Alice in Borderland solely depends on how well first season is performing among audience.

Also, as the season is yet new on the platform, they need more data and hence we are expecting at least few week’s waiting period for official renewal on Netflix.

We’re also glad to mention that, Borderland has made it into the top10 list in more than 50 asian countries. Also, it’s on the top in countries like Japan, Thailand, Taiwan, Vietnam, and Hong Kong. Well, it has not made yet any top spot in countries like UK, USA and Australia. However, in Canada, this season is on spot 7 in the list of top10 well performing seasons on Netflix.

So yeah, wibes are positive and hence we could expect positive news in near future.

When will Alice In Borderland Season 2 get featured on Netflix?

As mentioned earlier, if Netflix renews the series for second season within next few weeks period, then we should expect next season of Alice in borderland in mid or end of 2021.

Also, as season 1 gives many hints regarding next season like easter eggs seen in final moments, buildings with advertising for 2021 which might be indicating release of next season in this same year. Well, that’s what fans are discussing internally, so, it might be true. Well, time will tell, but yeah response for first season indicates that there will be season 2 very soon on the screens of Netflix. 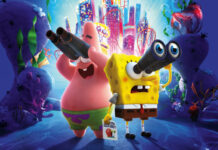 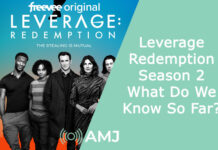