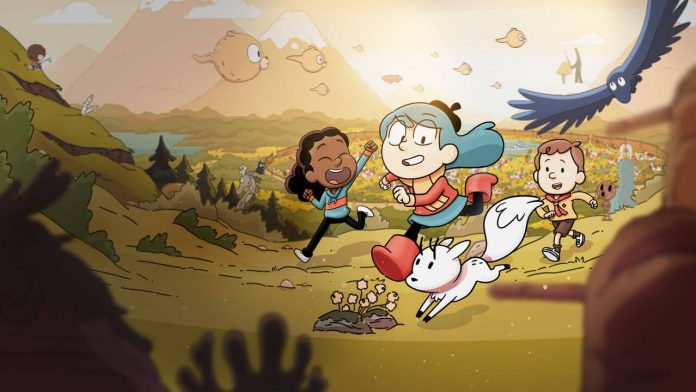 Good news for Hilda fans! The popular animated series is all set to make it come back through its second season. The second season is expected to release in December 2020. Based on the novels and comics of the same name, Hilda is one of the famous animated series on Netflix. The series is the main attraction for kids, but there are also adult fans for the series.

Here is the Official Release Date of Hilda Season 2

According to verified sources, Season 2 of Hilda will hit Netflix globally on December 14th, 2020. The official Twitter handle of Hilda Series has been posting character designs of Hilda season 2 every Thursday.

The character designs of Woodman and Swamp man have been released so far. Swamp man is considered an amazing Warrior, whose real name is Sigurd. The caption for the character is “If you ever fall in battle, you will want to have him around.”

If you want to catch up on the new characters of Hilda season 2, you should follow the official handle of the series on Twitter. Every Thursday a new character design will be unveiled.

Tune into our page every Thursday for an exclusive first look at Hilda Season 2 character designs! Who’s ready for season 2? pic.twitter.com/EvVQe0LC2u

Below are the first three episode names of season 2 of Hilda.

Read more: One Piece Chapter 997 Official Release Date, Previous Chapter Recap, And Where To Read It

And not just series, a movie will also be released On Hilda soon. The film’s production work is ongoing. Just the Press statement regarding the Hilda film has been released so far. Therefore, more details about the movie are awaited. It is expected that the Hilda movie will naturally release on Netflix as Netflix has the Hilda series. We will come to know more about the movie after season two of Hilda’s releases on Netflix.