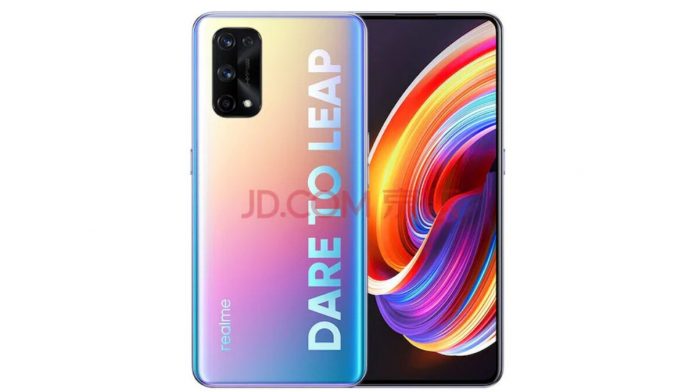 Realme is one of the rising smartphone brands in China. Although the company is based in China, they are heavily dependent on their overseas markets for their sales.

According to MediaTek Dimensity 800U SoC, Realme X7 has received a score of 340,000 on the AnTuTu benchmark.

A phone with model number RMX2176 which is believed to be Realme X7 has scored 341,298 on AnTuTu benchmark. The Realme X7 and X7 Pro are going to be launched in China on 1st September. Both the smartphones belong from the X7 series and they are reported to have a 120Hz AMOLED display.

According to the MyDrivers publication, a screenshot of a phone with the model number RMX2176 with MediaTek Dimensity 800U SoC have scored 341,298 on AnTuTu benchmark.

The Realme smartphone’s points are in the same group as Snapdragon 845. The MediaTek Dimensity 800U is in competition with the MediaTek Helio P90 and Snapdragon 765G from Qualcomm.

MediaTek Dimensity 800U SoC was released at the starting of this month. It comes with a better 5G connectivity. Not just that, but it also has eight cores along with an integrated ARM Mali G57 MC3 GPU.

The Density 800U SoC is designed to support up to 64-megapixel or dual 20-megapixel + 16-megapixel cameras. Along with that, it offers a maximum resolution of up to 3,840×2, 160 pixels. It is designed based on 7nm architecture and can support 120Hz displays. Both Realme X7 and X7 Pro are expected to have a 120Hz AMOLED display along with an improved 5G connectivity.