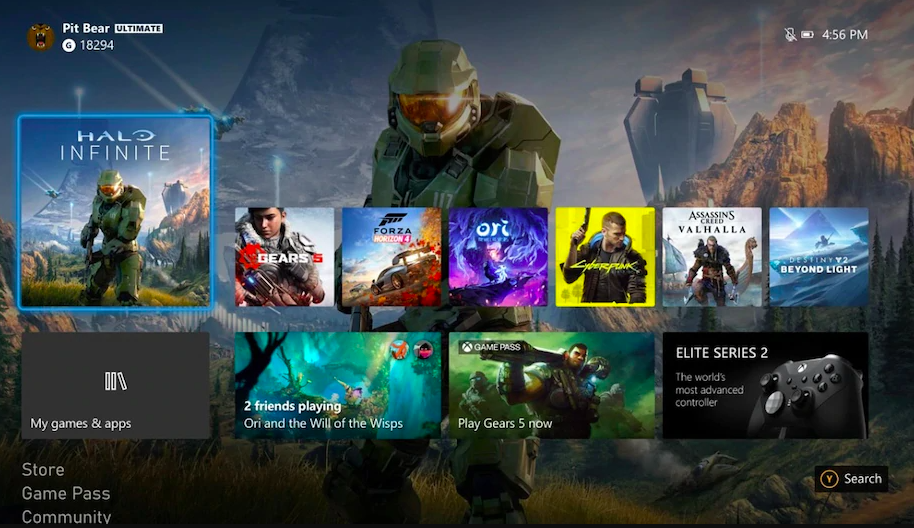 Microsoft has introduced the new Xbox UI to Xbox One. This new update will be available in the upcoming Xbox Series S and Xbox Series X.

The new Xbox UI update is the October update for the last-gen Xbox One. This new update comes with a new look and stylish icons. Even the Xbox Store has been updated for a better experience.

The developers have also worked on the notification inbox and have added new profile themes. This has been done to make it easier for users to find what they are looking for. The new update will be released this week as announced by the company.

As per Microsoft, the new Xbox UI update will be made available on the Xbox One consoles. They will be present in the Xbox Series S and Xbox Series X which is scheduled to be launched on 10th November 2020.

Microsoft has revealed the development details through a blog post. They said that the new update comes with a noticeable new look and feel. This new update is designed to make the console more approachable and easy to use. They have also made improvements to the Guide and Xbox One.

The company also mentioned that all Xbox products including mobile, consoles, and PC will have the same visual style. The company has also made changes to the fonts, tile shape, and focus indicator.

With this update, users will be allowed to choose from different themes. The company has introduced new game themes and profile themes. For now, the company has added only three new themes. This is to celebrate the release of the upcoming Xbox One S and the Xbox One X.

They have also made some “quality of life” improvements. This includes a new sign-in method for the users. The console will be personalised to allow for easy access to friends list and games when they sign-in to their Xbox account. The company has also improved the Home experience.

According to reports, the new October update is equipped to support four new languages including Greek, Hungarian, Czech, and Slovak.

The company will be relying on user feedback to make further changes to the interface and features of the update. Their main objective is to provide a more unified experience to users.