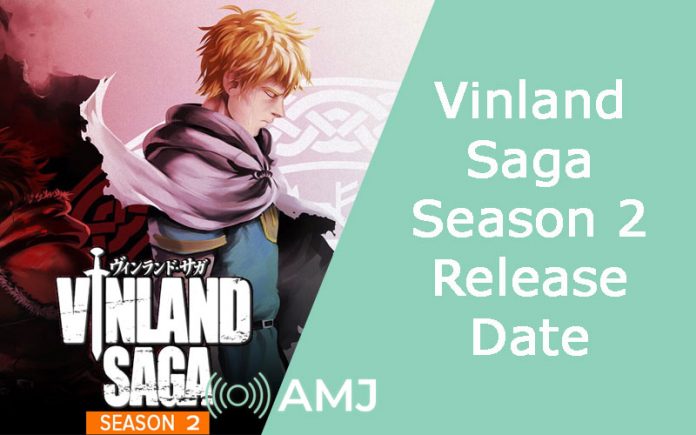 Manga series and anime web series have gained a lot of popularity along with the mainstream media. If you are one of those people who love watching Japanese manga series, you are going to love watching the Vinland Saga. Although the show currently just has one season with an intriguing plotline, the show has managed to secure a lot of popularity from this existing fan base, offering users a lot to indulge in.

The first season of the show includes 24 episodes and first aired in Japan in the year 2019, offering another worthy plot to indulge in. However, ever since the show gained traction in other countries, the audience has started watching the show with subtitles and the popularity has been immense ever since.

Since then, the audience has been looking forward to watching the second season, hoping that it will be eventually released soon.

When is the release date of Vinland Saga Season 2?

If you have been avidly waiting for the release of the second season of the show, we hate to disappoint you but the show makers haven’t come out with an official confirmation yet. However, the director of the show, Shuuhei Yabuta has been active on their Twitter account, releasing sketches of the characters, intriguing the audience about a possible release pretty soon.

However, with the previous history of throwing Easter eggs in the releases and social media posts, the audience thought that this one has its twist to the Easter eggs, however, the director was quick to shut down those rumors suggesting that they didn’t have any deeper meaning to them.

Further people associated with the show have come out with the news suggesting that season 2 is coming round soon; however, there have been no dates or confirmation surrounding the same. Furthermore, the character designer of the show, Abiru Takahiko further took to Twitter to share a sneak peek suggesting that he is working on Vinland Saga and the characters, which very much suggests that the second season is closer than people think.

Who are the primary characters in Vinland Saga Season 2?

If you haven’t watched the first season of the show, you wouldn’t likely know the characters that dominate this manga series. For better clarification, there are not one but multiple characters in this series that stand out with their charisma and their characterization. Some of them include:

Where can one read the Vinland Saga book?

If you are a person who loves reading books and series before watching them on the television, chances are that you’d love reading the books that the Vinland Saga is based on. The show is inspired by a novel written and illustrated by Makoto Yukimura.

So, far 24 volumes of this book have been released, with chances that the book will be further taken through a range of adventures. However, nothing is set in stone yet, much like season 2 of the show.