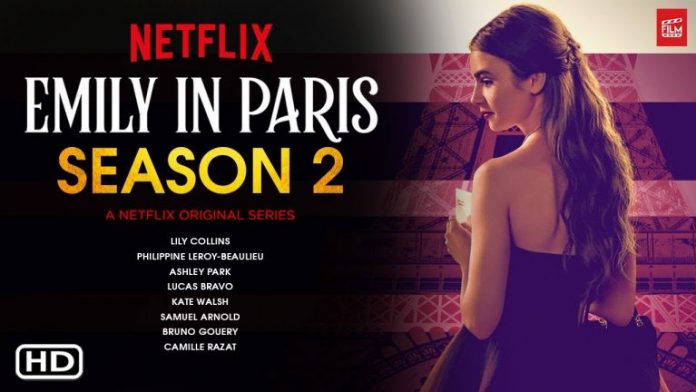 If you one among the crowd of prudent comedy-drama series lovers, then we have a good news for you.

Yeah, Netflix has recently renewed one of the most praised and loved famous American comedy-drama series ‘Emily In Paris’ for second season.

Moreover, if you’ve watched the first season don’t want to even a tiny bit of second season then we’ve collected all the details about it for you.

So, let’s explore more about Season 2 of ‘Emily In Paris’.

Also, Cinematography is managed by Steven Fierberg, and Alex Minnick, Jesse Gordon, Alexander Gruszynski, and John Rafanelli are members of editing team for the series.

Now, if you’re looking for the cast of season two then we’d like to mention about that as well. Yeah, cast includes mind-blowing actors like Lily Collins, Ashley Park, Samuel Arnold, Camille Razzat, Lucas Bravo, Philipine Leroy-Beaulieu. Well, all of them are highly dedicated to their roles and showcases amazing talent for their audience.

Moreover, as recurring roles we might see Kate Walsh, Arnaud Viard, and William Abadie in the second season of Emily In Paris.

Definitely, it’d be great to see all these actors together back on the screen of Netflix to entertain us like before. So, let’s wait for the official release date announcements now.