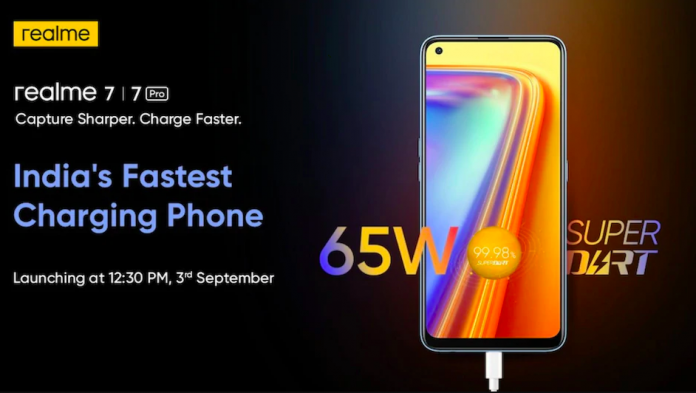 In the past few years, Realme have improved their products a lot. They have been designing their smartphones to give the best experience to users. The latest of all is the Realme 7 series.

India’s CEO of the company, Madhav Seth currently boasted the gaming capabilities of the Realme 7 series. To put his point across the audience, he uploaded a video clip on his Twitter handle in which he can be seen playing the popular mobile game PUBG on the upcoming Realme 7 smartphone.

But he has played it smart by covering the design of the phone. According to reports, the company is gearing up to launch its new Realme 7 series of smartphones. Two new phones including Realme 7 and 7 Pro are soon going to be launched on 3rd September which is just a few days away. The good news is that smartphones are going to arrive in the Indian market first.

I am happy to bring another World’s First Processor & yes, we are launching it first in India with the #realme7series. We will continue to introduce #TechTrendsetter products to mid-range too and raise the bar for a smoother experience.

Madhav Sheth uploaded a short clip on his Twitter to show how well the phone can handle PUBG Mobile. However, we cannot tell which phone he is using. He has covered the design of the phone, so we cannot see whether it is Realme 7 or Realme 7 Pro. The only visible thing is the back panel of the phone with multiple cameras.

Although the specifications of the Realme 7 series are not officially out yet, Mukul Sharma, the tipster has leaked the specifications of both the upcoming smartphones. According to him the Realme 7 will have a 6.5-inch full-HD+ IPS display and will be run by the MediaTek Helio G95. It will be available in two variants including 6GB RAM and 64GB storage and the other one with 8GB RAM and 128GB storage. It will have a 64-megapixel camera at the back.