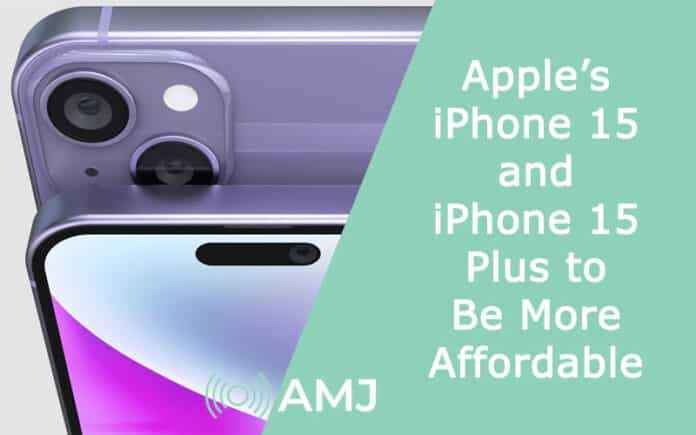 Before you freak out, Apple isn’t launching their new iPhone 15 anytime soon. If we follow their regular timeline, we can expect the launch to happen in September 2023 or later. However, there are multiple floating rumors that these upcoming iPhone models could be a lot cheaper and more affordable.

The report comes from “yeux1122”, according to whom, Apple is currently strategizing ways to market and popularize their new year’s iPhone launches.

Further rumors indicate that the upcoming iPhone 15 lineup will include iPhone 15, iPhone 15 Plus, iPhone 15 Pro, and the iPhone 15 Ultra (a brand-new version). All of these are currently rumors, so we’d recommend that you take everything with a grain of salt.

Although there are no rumors about the features or the design upgrades, reports suggest that Apple is most likely going to include titanium chassis for their Pro models.

Besides that, the upcoming iPhone 15 models are also rumored to come with a USB type-C charging port, alongside USB 3.2 or Thunderbolt for superior data transfer without any restrictions along the way.

There are optimal clarifications at this point but rumors suggest that all of these high-end smartphones will be powered by the upcoming A17 Bionic chipset for the Pro versions and A16 for the standard base models.

As for the internal specifications, the models will feature 8GB RAM with up to 1TB storage options too. With the kind of positive feedback that the users have had regarding the Dynamic Island feature, it isn’t surprising that the same could be integrated with the iPhone 15 models too.

At this point, whether or not Apple ends up following through with this rumored marketing strategy to sell more iPhone units is something we’d have to pay close attention to. With Apple focused on expanding its customer base and wiring in more and more customers, it won’t be surprising at all if the rumors turned out to be true.

Whether or not the same will also apply to the Pro and Pro Max models of the iPhone 15 is something we’d have to pay close attention to.