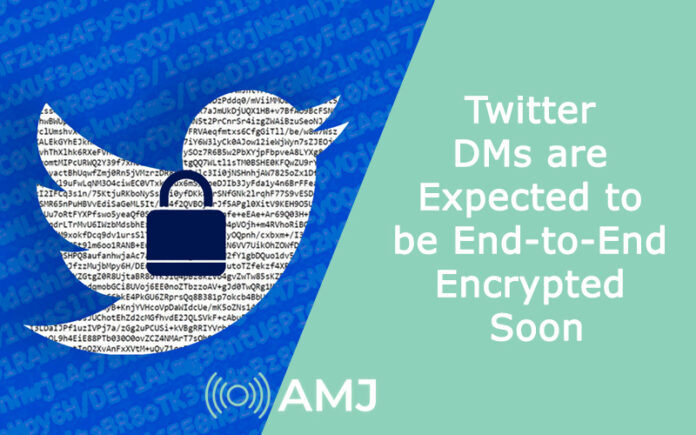 If you are an avid Twitter user, chances are that you are very confused about the recent debacle surrounding the social media platform and Musk’s takeover.

However, despite the unrest and the constant lay-offs, one very prominent thing is the change in features. Elon Musk is on a quest to transform Twitter and improve the overall user experience.

Adding to that, new reports suggest that Twitter’s direct message feature is going to be end-to-end encrypted, ensuring better security and privacy for the users.

This is not a much unexpected feature change. However, Twitter user Jane Manchun Wong (@wongmjane), hinted at these new changes in features pretty early on.

In one of her recent tweets, Wong shared the news saying that Twitter is all set to bring back their end-to-end encrypted direct messages. She also reported that she has already noticed signs of this being a work in progress and that the feature will first hit Android devices.

Upon publishing her tweet, Twitter’s new owner, Elon Musk, replied to the tweet with a wink emoji, hinting that this could very well be a potential feature upgrade happening shortly.

Compared to other popular social media apps like Instagram and WhatsApp, the availability of encryption on Twitter will be revolutionary, especially transforming the platform as a mainstream messaging platform for users in the future.

While users on Twitter primarily use the platform for microblogging, its competitors WhatsApp and even Instagram have become messaging platforms. With end-to-end encryption, there are chances that Twitter will also occupy that spot.

The feature of encrypted direct messages isn’t a brand new feature. Twitter tried to introduce the same feature back in 2018 but the particular project didn’t go through. Besides this, Musk also reports that Twitter is set to introduce more features to improve the messaging experience on the platform.

When the encryption is available and what kind of new features Musk introduces to Twitter is something we’d have to wait and watch.