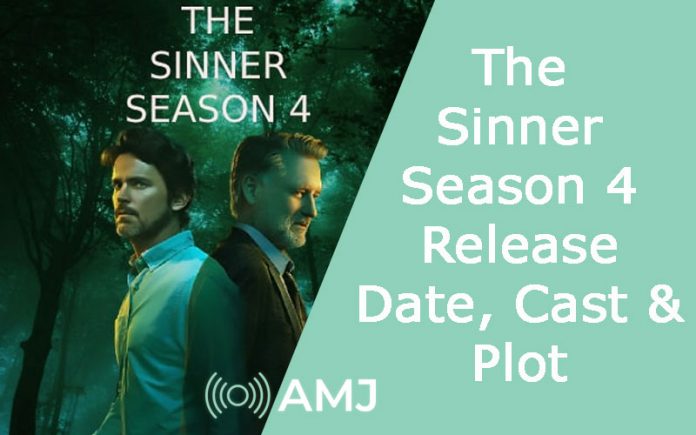 If you have finished watching the third season of The Sinner and have been waiting to watch what more unfolds as Detective Harry Ambrose goes on a hunt for the next case, well, you likely wouldn’t have to wait for long anymore, especially because of the kind of popularity it had gained over time.

In a series flushed with murders, mysteries, and a whole lot of deception, USA Network’s anthology, The Sinner is all set to get its fourth season and the audience has officially lost it. Every season of this series has brought along a new theme of surprise, so it isn’t even a surprise at this point that the fourth season of the show is going to be a game-changer as well.

The show, which is based on Petra Hammesfahr’s novel, got its second and third seasons after its public reception. With the consistent support that the show has gotten over time, it isn’t surprising at all that the show is soon going to be renewed for the fourth season.

When is the release date?

While USA Network has confirmed that the show has been renewed for a fourth season, it is also not surprising that there is no official release date for the show yet. As per reports submitted by Deadline, it suggests that The Sinner Season 4 will air in 2021.

With the kind of situations that the global pandemic has imposed on the world, all the released dates of shows and movies are dependent on the situations around them. While the show has been consistent with its release in 2017, 2018, and 2020, there are chances for the fourth season of the series to air in August 2021.

The fourth season will feature 8 grueling episodes and will air weekly on USA Network like the previous three seasons.

Who will feature in the fourth season?

While The Sinner has maintained their cast very consistently, chances are that the same will be the case with the fourth season too. Some of the recurring cast in the show will remain constant along with a few new faces. However, no further news has been released yet, which means that we wouldn’t know about the full cast until the official release dates are confirmed by the directors or producers of the show.

Some of the pivotal cast in the show include:

What can the audience expect?

If you are awaiting the fourth season of The Sinners, we’d highly recommend you first watch the first three seasons. As for the plot or expectations surrounding the fourth season, the initial rumors suggest that the plot will delve deeper into the character of Detective Harry Ambrose to cultivate new plots and twists along the way.

The audience is currently waiting for the producers or directors to launch the trailer so they could get a glimpse into what the fourth season has in store for them. However, things seem to be a little over the place at this point with no set release date and further information.