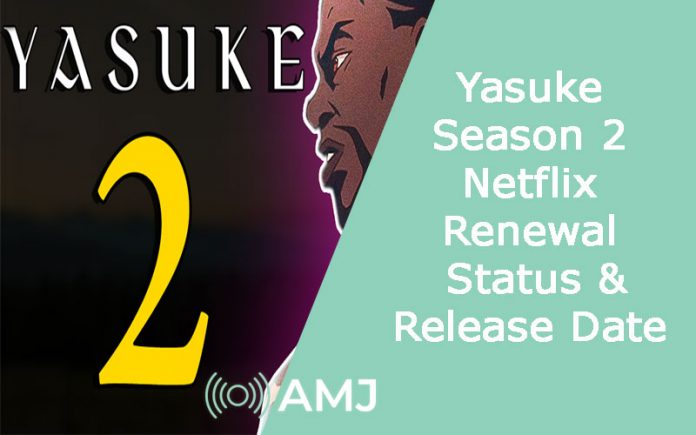 Are you a fan of anime or animated series? If yes, chances are that you have watched the first season of Yasuke. The show is nothing short of amazing, not to mention that it is one of the few anime series on Netflix that is worth binge-watching. However, the only disappointment that the audience has complained about is the lack of more episodes in the first season. There are only six episodes for the audience to binge-watch at this point.

However, with the kind of popularity that the first season has brought along, it isn’t surprising that the audience is currently now waiting for the news of the renewal of the second season. If you haven’t watched the show yet, Yasuke is a Netflix original anime series that has been created by LeSean Thomas. As for the story or plotline of the show, it follows the life of a Black Samurai.

What about the renewal of Yasuke Season 2?

While the first season of the show is available for you to binge-watch on Netflix, the status for the renewal of the second season is still indefinite at this point. With this anime series available for a very short time, it isn’t surprising that the audience is now willing to wait for a few more months to get access to the second season.

However, with the positive wave of interaction from the audience, it isn’t surprising that the show is definitely going to be available for a renewal for a new season soon. The series has managed to garner 91% on Rotten Tomatoes, making it one of the highest-rated anime series online.

The audience can very well expect news concerning the renewal of Season 2 within a few weeks or months via Netflix.

What can the audience expect from Yasuke Season 2?

If you haven’t watched the first season of the show, you need to do that to familiarize yourself with the characters and the basic plot of the show. The first season ends with Yasuke avenging his lord, Oda Nobunaga by defeating Mitsuhide.

It later led to Saki and Daiymo returning to their village and are welcomed back to their native place with open arms. Aside from that, the plot also focuses on Yasuke leaving the village wherein Saki gifts him the necklace worn by Erika.

Will the second season further explore the lives of Saki and the developing plot involving the fallen leader? The chances of the second season looking through the fate and dark path is again a possibility that the audience can expect.

What is the release date of Yasuke Season 2?

Flying lotus and LeSean Thomas production have clarified to their audience that there is no specific release date for the show yet. The show is going to currently stay on hold until the future of the series is going to be confirmed.

Even with the show being renewed anytime in 2021, the audience might have to wait till 2022 to watch the second season of the show. They clarified that the kind of time and work it takes to develop an anime series is quite time-consuming.