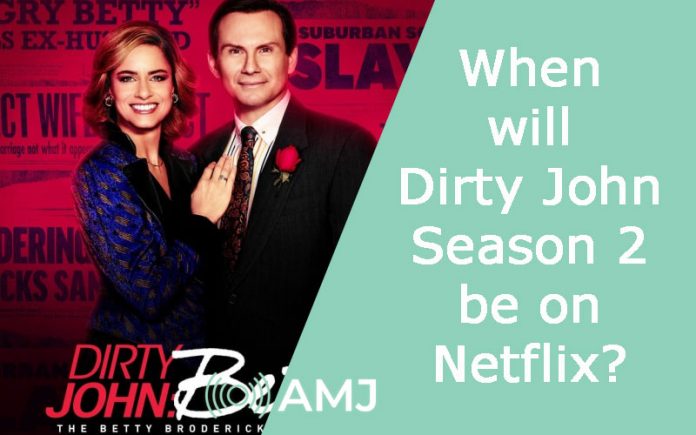 If you have watched Dirty John Season 1, chances are that you know how unique and wild ride the show is. From the constant punchlines to the twist and turns, the show brings you a whole lot of new propaganda that you otherwise wouldn’t expect notice. While the show took quite a fair share of time to air on Netflix US and then on Netflix globally, the audience is now skeptical as to whether or not the second season of the show would witness a similar fate.

As for the plot of the first season, it revolved around the life of a single mother and interior designer falling for the pivotal character John Meehan and hence the name. The creators of the show have mentioned that it is an anthology series, which means that the audience shouldn’t expect an extrapolation of the story from the first season.

What can the audience expect from Dirty John Season 2?

The initially available plot of the show suggests that the second season of the show will cover the story of a convicted murderer, Betty Broderick along with her ex-husband. The story is expected to span across two decades from the 1960s to the 1980s, giving the audience a breakdown of their marriage.

Their story is based on real-life events that even Oprah regarded as one of the messiest divorces of the century. And, the tragic part of the story was the fact that their story ended in a double homicide, something that nobody expected to experience first-hand.
Is there a trailer for Dirty John Season 2?

Yes, the season 2 trailer for Dirty John is out and was released in April 2020. It is available for you to watch on YouTube.

Is Dirty John Season 2 going to be available on Netflix internationally?

Thankfully, this time around, the second season of the show is now going to be available on Netflix internationally without people having to wait for months. The co-producers of the show have mentioned that the first run rights will be available outside of the United States. Although, the episodes will be immediately available in other countries like the United Kingdom, Canada, and Australia.

As for the release date of Dirty John Season 2, Netflix AU confirmed that the show will be finally available for the audience to binge watch from August 14, 2020. However, there still hasn’t been any sign of the show yet.