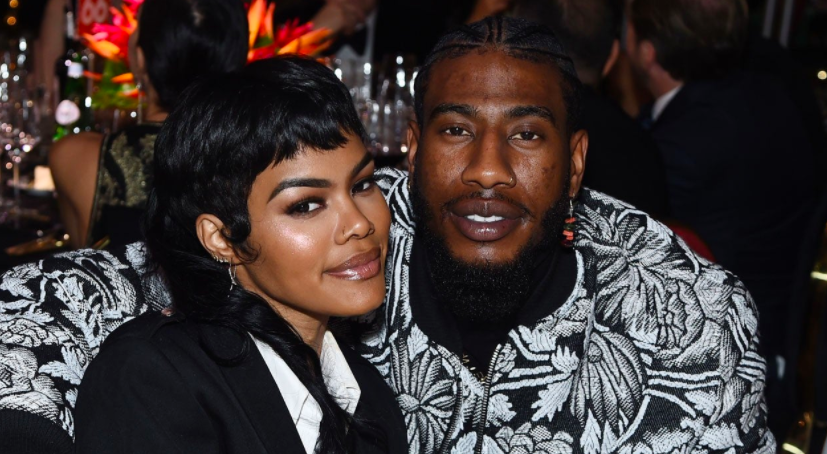 Teyana Taylor officially became a mother after she gave birth to Iman Shumpert’s child this weekend. This is the second child of Shumpert. It is reported that the couple had a baby girl this weekend and she looks extremely adorable.

The good news was shared by Iman who took to his social media account to let everyone know. As he becomes a dad for the second time, he is quite excited about his new family member.

Iman also uploaded a short video clip in which we can see the new member of the family. In the caption, he wrote her birth date which is 6th September 2020. He mentioned that her name is Rue Rose Shumpert who is born all healthy. He is very happy about his second daughter. He welcomes her with great pride and joy. He also wrote the words “Black love wins.”

The father didn’t stop here as he posted more information about the birth of his baby girl. On his Instagram account, he revealed that she was born in the house.

The Instagram users were shocked to know that she was born in the house and that too without any medical help. Her mother went through a natural delivery process in the bathroom. He writes that Rue Rose Shumpert is born the same way as Iman Tayla, his first daughter was born. His first daughter is 4 years old right now.

Iman shared that at 3:28 am on the 6th of September, 2020, Rue Rose Shumpert was born. She was born the very next day of her baby shower party. Iman seemed to be very excited about his baby’s birth in the bathroom. He went on to say that when you buy a new house, you always check the bathroom with great energy. But not even in million times you think that both your daughters will be delivered in the bathroom and that too without any medical care.

He mentioned that his daughter was delivered in the water. Both the mother and daughter are healthy now.

As far as the new mom is concerned, she reposted Iman’s post on her Instagram handle and also welcomed the new member of the family.

She wrote that they love Rue and she is most welcome in the family. Instead of writing anything extra, she simply wrote these lines beside her husband’s message. After giving birth to a new child in the bathroom, she must be tired and exhausted to write anything. But from the reaction of the couple, we know that they are really happy and excited to welcome their baby girl in the family.

Rue Rose Shumpert is their second daughter, whereas their first daughter is 4 years old now.

Not many mothers have the guts or stamina to give birth in their house and without any medical help. But Teyana is a strong woman who made it possible. Luckily, both the mother and the baby are safe and healthy. Right now they are busy celebrating their bundle of joy.