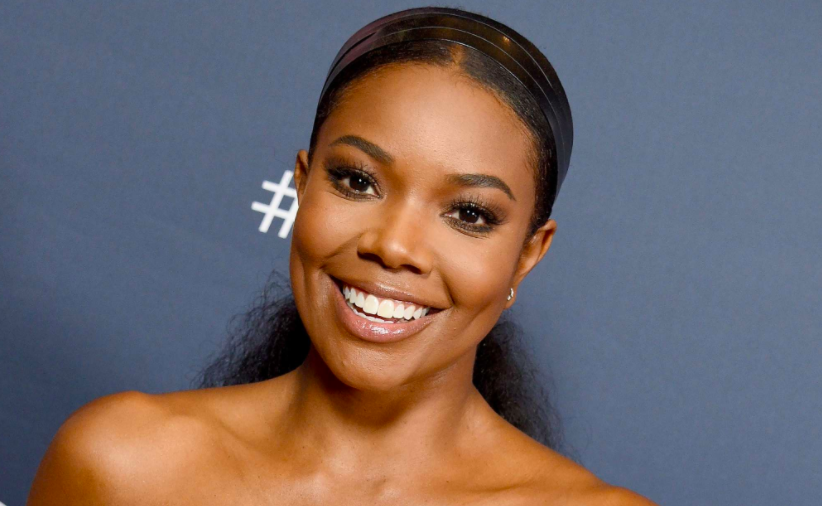 Recently, Gabrielle Union uploaded some pictures on her social media account and it left the fans in awe.

The pictures she shared were the behind the scenes snaps from Women Shealth Mag shoot. With the pictures, she wrote that this is the first time she felt like herself before the camera. She looked the way her loved ones sees her every day. The pictures show her side that fights daily for her and other’s peace. In the caption, she called herself an imperfect warrior who has lost many battles than she has ever won. However, she keeps fighting.

She also wrote that at this age, she finally feels like herself and that she can finally breathe. She says that as long as she is alive, she will not stop fighting. Her curls and flawless appearance in the pictures grabbed the attention of Instagram users.

Her touchy caption left the fans in awe. Right after she shared the photos with the caption, fans started pouring in love messages for her. They not only loved her photos, but also the caption.

One of the users wrote that she is indeed flawless and also blessed her while calling her love. Another user wrote that she absolutely love these pictures and that she looked beautiful inside and out.

Fans were happy to see that Gabrielle was talking about her natural self. They praised her for the pictures and the way she accepted herself. Another comment read that she should always remain authentic as true beauty lies within.

Most of the comments on her post were filled with positivity. By sharing her picture she inspired many to embrace themselves the way they are. One of the followers said that after seeing her pictures, she feels like taking out her eye pencil. She loved the way she styled her hair and made it pop.

Someone else wrote that Gabrielle is a true inspiration for her fans. They love her for the fact that she keeps fighting and has kept her warrior spirit alive. She hopes that Gabrielle will keep shinning like always.

Another fan said that Gabrielle has always been her favourite as she is not only outstanding but also very intelligent. She is full of humanity and talents. Lastly, she expressed her love for her.

One of the followers said that she is so happy that Gabrielle represents black girls and women so beautifully. She also commented that Gabrielle looks agelessly beautiful.

In some other news, Gabrielle Union uploaded a few of her pictures with Dwayne Wade. Seeing them together in the pictures, their fans went awe. If you haven’t checked out the pictures yet, then you can find them in Gabrielle’s Instagram account.

Gabrielle also uploaded a photo of her on social media to show her respect for Chadwick Boseman, the actor who played Black Panther. He passed away recently due to colon cancer. The picture shared by Gabrielle disturbed many of her fans and followers.