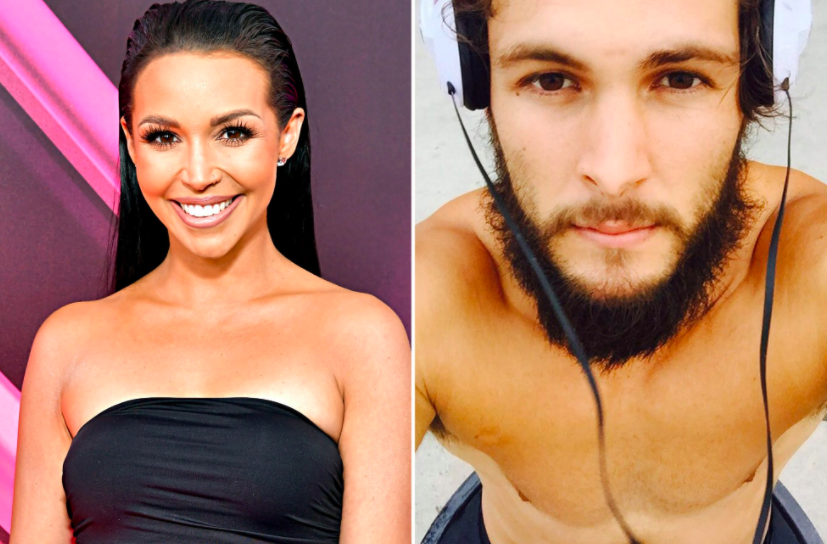 Many of you already know, Scheana Shay is currently into a new man and things between them are going smoothly. As far as we know things are developing quickly between them.

According to reports, Shay, the Vanderpump actress is currently dating a gym trainer named Brock Davis. An insider said that she sees potential in him.

The pair started going around with each other only last year. In a short time, they seem to be pretty close. It seems like they have developed quite a strong bond and Shay doesn’t mind planning a future with him.

Well, this is great news for Shay. If Brock is the one for her, then she is lucky to have found him.

According to a source who spoke to HollywoodLife said that Shay is currently in San Diego where she is staying with her new boyfriend. She has never been this happy or in love before. The source also informed that she sees a future with him. Brock is a caring boyfriend who is always very supportive. There’s no one else, but Brock who encourages Shay to succeed in her career and life. The insider also added that he helps her in every way and also supports her goals.

The insider said that he is not into Shay because she is famous or a celebrity. He cares for her genuinely and her celebrity status doesn’t affect him in any way. He just wants to love her and stay by her side.

The actress had realised the genuine nature of her boyfriend pretty early. Right from the time she started dating him, she knew that he is a keeper and that she would like to have a future with him. Right now the couple is truly in love and they are staying in San Diego. The actress has never been so happy before.

During one of her interviews in 2019, she said that after staying single for a long time, when she starts dating again, she will call him her boyfriend. By her statement, we realise that she is ready to settle down.

At that point when she made this statement, Shay and Brock were dating for just a few months. This means that they both were serious about each other. Now that Shay sees a future in him, it is clear that she wants to settle down with him.

We are happy for Shay and her new man. Although Shay is an actress and Brock is a trainer, it doesn’t seem to affect their relationship. Brock is not one of those men who date a person because of their status. He is genuinely in love with the actress and takes care of her whenever it is needed. Shay must have realised his loving nature and that’s why she plans to have a future with him.

The good thing is that things are growing very quickly between the two. They are dating for only a year and are already very close.