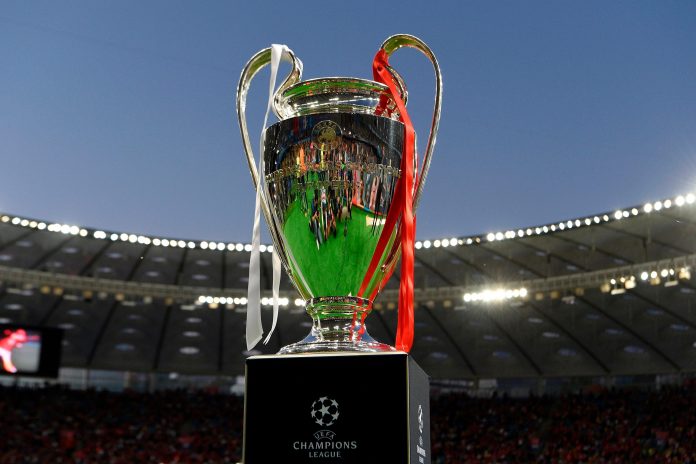 Liverpool lost to Atlanta by 2-0 at Anfield on Wednesday night’s match. As a result, they lose the chance to secure their spot in the Champions Leagues.

On a positive note, the government announced that Liverpool will be in Tier 2 of the new lockdown measures. Coming after the end of the UK’s nationwide lockdown, it will be the first Liverpool game that will be allowed to have mass gatherings of up to 2,000 supporters.

On Wednesday at Anfield, Liverpool lost badly to Atlanta. With their defeat, they lost the chance to qualify for the next phase of the Champions Leagues. This not only upset the team, but even fans were disappointed.

Atlanta won by 2-0 which left a heavy consequence for Liverpool. The goals were scored by Robin Gosens and Josep Ilicic in the second half of the 90 minutes match. Liverpool paid a heavy price for making changes to their team.

The Red’s defeat in November made their December a lot trickier. They had a great start to their Champions League, but now it is over after they lost to Atlanta at Anfield.

Liverpool hoped to get through the early qualifying round by making some changes to their team. However, their hopes came to an end when they lost to Atlanta by 2-0. Jurgen Klopp’s plan backfired in a way that they weren’t expecting.

Klopp had introduced some changes after winning against Leicester on Sunday. He altered three of his back four. However, he paid heavily for his decisions due to a lack of rhythm and cohesion.

Even the comeback of Mohamed Salah, one of Europe’s deadliest strikers, after his covid-19 recovery, couldn’t help the team. They failed to score a single goal in the 90 minutes match. On the other hand, Atlanta scored two second-half goals that led to their much deserving victory. The goals were made by Robin Gosens and Josip Ilicic who left no choice for Klopp to rest players in both the final two matches.

Winning against Ajax in the coming week would still help fix the situation. However, Klopp is not going to take any more risk with December’s schedule. He will try to avoid making any further changes that would ruin the final game against Midtjylland.

The Red’s boss included three British teenagers including Rhys, Neco, and Curtis Jones in the Champions League starting line-up. This was the first time such a decision was taken since Arsenal against Olympiacos in 11 years.

Three of Liverpool’s back four had just 23 team appearances between them. This was obvious that it would take them some time to adjust to their new surroundings.

They faced Atlanta’s Papu Gomez who had a strong influence on the proceedings of the match.

Alisson Becker’s skills helped the team to save a goal from Gosens in the first half of the match. On the other hand, Ilicic had every intention to win a penalty when he was touched by Liverpool’s left-back.

Salah tried to score a goal just before half-time. It was perhaps the only effort from the host made in the Anfield match.

The situation was intense during the second half of the match. By now Klopp had enough and called for reinforcements. To improve the chances, he sent Roberto Firmimo, Fabinho, Andy Robertson, and Diogo Jota. However, this didn’t bear any results as Atlanta took the lead.

Fifteen minutes into the match and Atlanta was already taking over the field. Liverpool hardly had the chance to dominate the match. Their fates were sealed as Gosen made the first goal in the second half. Another goal was made by Ilicic which led to the victory of Atlanta.

The result was a disjointed performance. Many fans believed that Liverpool got what they deserved. They lost to two goals in four second-half minutes. The courtesy to Atlanta’s win goes to Robin Gosens and Josip Ilicic.

Klopp had a tough time waking his team loses standing on the touchline. He paid the price of his gambling. The defeat of Liverpool in Wednesday’s match ruined their chance to secure their spot in the Champions League. This has upset the fans who had high expectations from the team.

It took more than 40 minutes for Liverpool to even make a shot which was attempted by Salah. However, even he failed to save the team from embarrassment.

Liverpool thought they could escape the consequences after losing in the home ground. Their disjointed performance cost them a lot.

Papu Gomez and Ilicic were the two main threats for the Italians. They both had a significant influence on the proceedings of the match. Things only got worse in the second half of the match as Liverpool failed to stop the two goals.

After Liverpool’s defeat, there was no response from their end which they ended without making a single effort. To read more about Liverpool news, you should read the articles written by Ian Doyle of the Echo, the chief Liverpool writer.