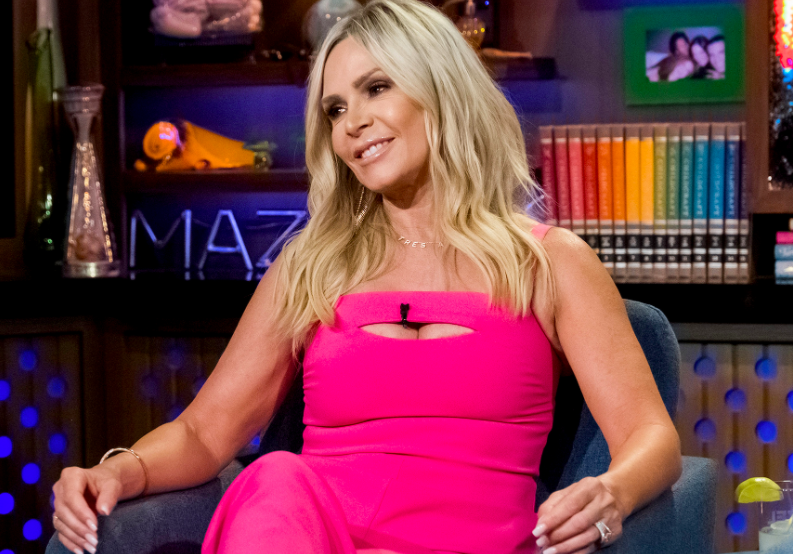 Tamra Judge took to her Instagram account to give a fitting reply to Lydia McLaughlin who called her pathetic. The way these girls are fighting, it seems like they are already on the show and the camera is on. The situation may not be good for the girls, but it is certainly entertaining for the fans to witness their drama on the social media platform.

Lydia in her recent interview with Bravo TV said that she loves Vicki Gunvalson. She also said that she is in a good place right now after she left the show. She has a lot of things going on for her right now.

Her complete statement was that she loves Vicki and have met her quite a few times. She thinks that it is good for her to leave as she is in a good spot right now. She also spoke about her relationship and engagement. Along with that she also said that Vicki has a daughter and also a grandmother, so she has a lot of stuff going on for her.

Tamra on the other hand left the show because she wanted to give more time to her husband and family. In case, you didn’t know her husband is suffering from throat cancer.

Guess it’s not all glitter and rainbows. #CommentsByCelebs #RHOC

After getting to know what Lydia has said about her, Tamra just couldn’t keep shut and replied in a post. She wrote that Lydia shouldn’t feel bad about her as she is doing just fine. To make her reply harsher, she mentioned that she owns two companies and also a real estate license. She also has a loving husband and four kids and granddaughters. She also said that she has a new show in the line which is not web series that she had to pay for herself. Lastly, she said that she had watched one of Lydia’s episodes where she spoke about women empowerment and called her a hypocrite after that.

Well, this is was not it as she went on to say that she left the show months back. But Lydia was fired from the show and that’s why she cannot let go of it.

After reading Tamra’s post, we feel that she gave a befitting reply to Lydia who called her pathetic. Tamra had full rights to write that post as she wouldn’t take anything negative against her.

After Tamra posted that as her status, Lydia didn’t post anything in her defense. We are waiting for her if she does that.