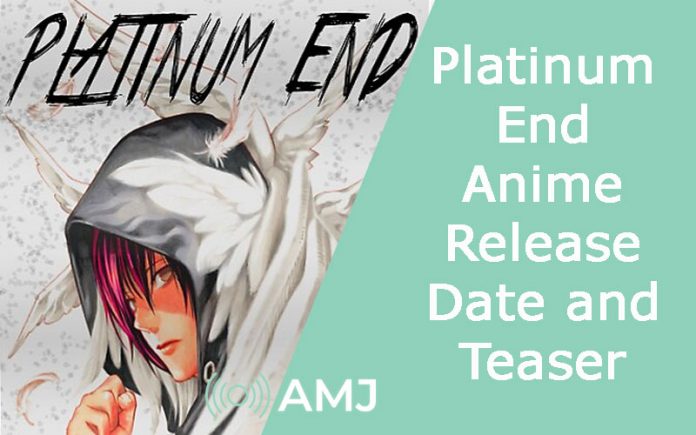 If you are an anime fan, 2021 is going to treat you pretty well, if the lineup of new releases is anything to go by. One of the most anticipated anime series, Platinum End is also set to be released in 2021, making it one of the best things that you could have possibly wanted or asked for. The series is going to be done by the creators of Death Note, a show that has left people from across the world on the edge of their seats.

For the anime lovers who have been avidly waiting for the release of Platinum End, now is the time for you to take a sit back and read what we know so far about the series.

Where is Platinum End going to air?

However, the directors or creators of the show haven’t revealed a particular day or time for the show’s airing. Also, there are no confirmations at this point whether the show will be made available worldwide on platforms like Crunchyroll and Funimation.

Another option that the audience can most likely expect is Netflix since Death Note is available on Netflix and the show is being directed by the creators of Death Note but nothing has been confirmed at this point.

What can the audience expect from Platinum End?

If you have no background idea about Platinum End and what it entails, let us get that out of the way first.

This popular manga series is based on and follows the life of a student named Mirai Kakehashi. Following his parent’s death, Mirai now stays with his uncle and aunt, both of whom are abusive. Tired and frustrated with his life, Mirai tries to commit suicide but is saved by a guardian angel named Nasse.

Nasse later reveals the real cause behind Mirai’s parent’s death and also says that he is one of the thirteen chosen candidates who can compete to take God’s place in 999 days.

Who is the cast of Platinum End?

Although not much has been revealed about the cast yet, there are a few characters that have been confirmed. They include:

This doesn’t reveal much, however, the audience can expect more cast and crew for the show to be released in the coming days.