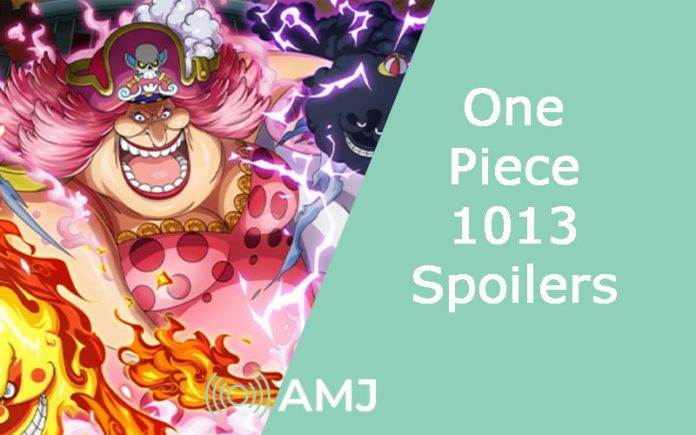 If you have a habit of watching anime shows, chances are that you have at least watched one episode of One Piece. If not, you need to jump on the bandwagon right this moment and watch the show that is One Piece. While you catch up with the show, let us catch you up with some of the episodes of the show that the audience has been raving about.

The current chapter of One Piece 1013 has created a lot of whispers amidst the audience, making people believe in things that they otherwise wouldn’t. However, the one thing that has managed to catch the attention of the users is the Reddit thread that shared some spoilers of the show.

Delving into the previous chapter before 1013

Before we delve into the current episode and what the spoilers or speculations are, let us rewind a little bit. In the previous chapter, Kinemon is found to go on a brave journey alone to save Momonosuke. In the meantime, Nekomamushi found that Pedro is dead.
Alongside, Yamato wants to immediately split since they are sure that marys will otherwise find them. The best way to leave the place for Yamato was to create a fake dummy of Momonosuke, which is exactly what he did. However, once Yamato leaves, Momonosuke gets hold of his journal and opens the same.

Sanji arrives with Zoro carrying him in a cross to help him heal while he’s sleeping. Upon arrival, Sanji reports that he is smashing Kaido’s men, which leaves everyone quite perplexed, more than it should.

What are the leaked spoilers of One Piece 1013 on Reddit?

With the few spoilers and reports about the preceding chapter before One Piece 1013, it is time we discuss what the Reddit thread suggested and what the audience can expect from the episode. If you don’t like spoilers, this is a fair warning for you to click back right this moment.

Chapter 1013 is titled the Anarchy in the Big Mom. On the cover of the episode, the audience can notice Sanji all ready to fight Zoro, holding three swords and wearing a traditional haramaki.

As for the spoilers of the episode that has been released on Reddit, Ulti finally reveals and discovers Nami’s thunderbolt tempo attack. They find out that their attacking mode is Tornado Tempo that she uses against Ulti, which she quickly manages to dodge.

In other spoilers, it was revealed that Big Mom uses a combined attack against Prometheus, Napoleon, and Hera to fight against Ulti. The chapter also finally reveals why Hera was created. They come to know that Hera was created after a request from Prometheus that he wants a girlfriend. Upon knowing this, Zeus is extremely heartbroken.

However, Big Mom turns her back and asks Hera to eat Zeus as she doesn’t need him anymore. Traumatized, Zeus begs for his life, only to be brushed off by Big Mom. The final few chapters will also involve insights into the status of Luffy vs. Kaido’s battle.