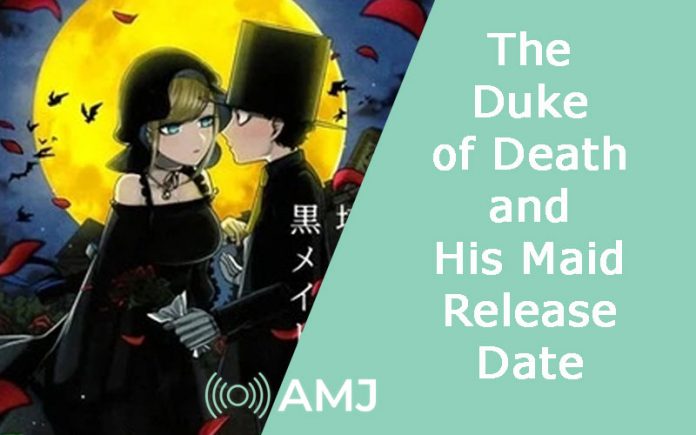 While the Japanese manga enthusiasts already know a lot about The Duke of Death and His Maid, the audience is going to be in for a treat, especially because the series is finally going to be released in an anime format for the audience to binge watch and enjoy.

Aside from the announcement of the launch, a teaser trailer along with a key visual has been released. Although much hasn’t been released about the show and the plotline, the audience can very well expect some ground-breaking anime and characterizations in the upcoming show.

Who will cast in The Duke of Death and His Maid?

Although the main cast of the show has pretty much some of the leading characters from the manga series, the one thing that the audience needs to be mindful of is the associated crew in the show. It includes Yoshinobu Yamakawa, Hideki Shirane, Mitsuru Kuwabata and Yusuke Suzuki in the lead crew roles.

As for the cast of the show, it includes the main lead like Natsuki Hanae as Bocchan along with Ayumi Mano as Alice. If you have no idea about the show and what it entails, know for a fact that it revolves around the life of Bocchan, a boy who was cursed in this childhood to bring death to anyone that he touches.

With the kind of rough life that Bocchan has been subjected to after being abandoned by his family, he now lives in a mansion in the wood, accompanied by his maid named Alice. Since this is an adult anime or manga series, you need to realize that it does involve elements of physical intimacy and sexual harassment that you need to watch with caution.

When is the release date?

Even with all the speculations and the trailer, the show still doesn’t have an official release date. Shogakukan is yet to announce an official confirmation for the release date of the show. Although with the rumors floating around, the audience can expect a Spring 2021 release, however, nothing is set in stone at this point. We’d suggest you look forward to a Fall 2021 release instead.