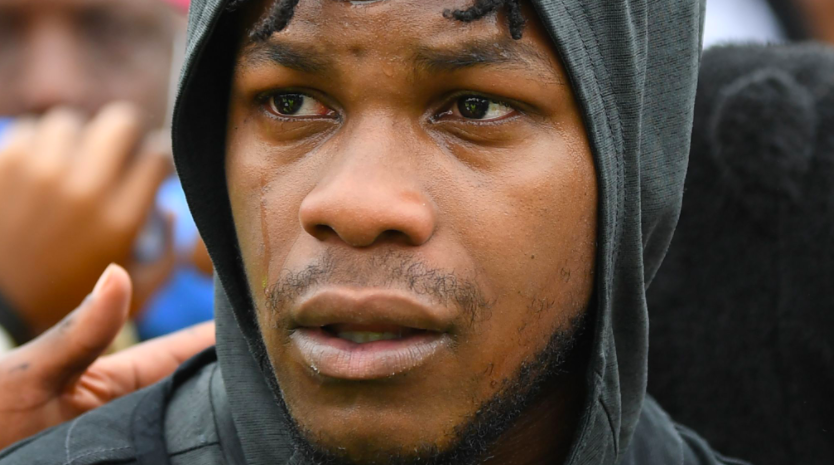 John Boyega is offered to play a role in the super hit movie series Star Wars. Since the time, this news has been announced, he had to face a lot of racism both outside and inside the industry. Just so you know he is offered to play the role of a storm-trooper in the Star Wars franchise.

After facing a lot of racism, Boyega finally opened about his experience in public.

He talked about his experience on the sets of Star Wars and how he was treated there. He mentioned his stylists who didn’t treat him well because of his fashion choices. He also said that he wasn’t even provided with a hairstylist who knows how to cut the hair of black people.

John Boyega went on to explain the kind of treatment he received on the sets because of his race and colour. His statements reflected his frustration.

He said that he was the only cast member in the entire set who was treated like this. He was actually quite upset with the whole process, however, he couldn’t do anything about it. He said that this kind of thing changes you. He also mentioned that although he was chosen for the role, the industry wasn’t ready to accept him.

He also talked about receiving threat DMs on his Instagram account. He was upset about the fact that no one else had to face such a situation. It was because of him that people said that they would boycott the movie. He also mentioned that because he is black, he shouldn’t be a storm-trooper. He went through an experience that no one did.

In the beginning, when he was offered the role, he was excited to be a part of such a big movie franchise. He went on the sets with a happy face. But after receiving constant abuses and threats from the fans and the ill-treatment on the sets, he got frustrated. He said that all these incidents have broken him down.

However, while having a word with Comic Book, he seemed to have a change of heart. He said that he treasures the amazing relationships that he made on the sets. He cares about the important people in his life including Daisy and Oscar. He is ready to take their friendship to the next level and watch it grow.

It is sad to see that after being offered the role of a storm-trooper, he was still treated like this. Although there were many people who supported him and were good to him, he still had to go through such a bad experience. While working on the sets of Star Wars he made many negative memories. The abuses from the fans broke him down. However, he shared about his experience because he feels that it is important for everyone to know what’s going on. He wants everyone to know how coloured people are still attacked because of their colour and race.