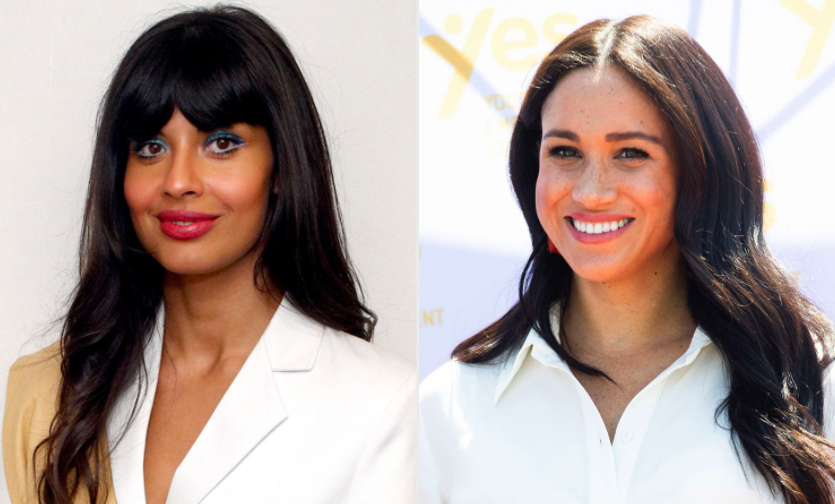 Recently a tabloid report was released which said that Jameela Jamil and Megan Markle are quarantining together. If you are smart enough, then you already know that it’s fake news. However, there are always some people who believe everything they see or read on the internet. The good thing is that Jamil didn’t wait long to address the news herself.

She was fast enough to respond to the fake news and also made it clear that both of them are not even that close. She also said that she met the former Duchess only once in her life.

Many of you may have heard the news Jameela Jamil and boyfriend James Blake are in quarantine with Megan Markle and Prince Harry amid this pandemic. But unfortunately, this news is far from being true.

According to the English tabloids, both the couples were in self-quarantine at the latter couple’s house which is in Montecito, California.

After reading the news, many of you can easily figure out that it is not true. It’s just fake news published by some random tabloid just to create hype or get more views.

Jameela Jamil took to her Twitter handle to clarify the fake news that was going around. She tweeted that she went on a romantic getaway with her boyfriend in SB. It’s been almost a week that these rubbish articles are going on. She said that none of these articles are true and that they don’t make any sense. She also wrote that all this is a framed lie.

Jamil already knew that due to these articles, now people will think that she and Megan Markle are best of friends who are living under the same roof during this pandemic. But to clear this misconception out, she mocked the news and said that she have met this woman only once in her life.

The star also said that her family and closed ones are being targeted by the media because she decides to support Megan Markle which is not even true.

The actress said that she has been targeted and harassed, since the time she spoke against the British tabloid media for their racist behavior against her. She also said that it’s not only her, but even her family is harassed by the media. They were even offered a lot of money to put her in the bad light because of her Twitter post in defense of Markle. She said that everything that is being said in the media is a big lie and that none of it ever happened. She called the news to be just rumours which are created to shame her in public. She said that this news is being circulated to prove that she is insane.

As far as, we know Jamil and Megan staying together in quarantine is just fake news. The actress did a good thing by coming out in the public and clarifying it.