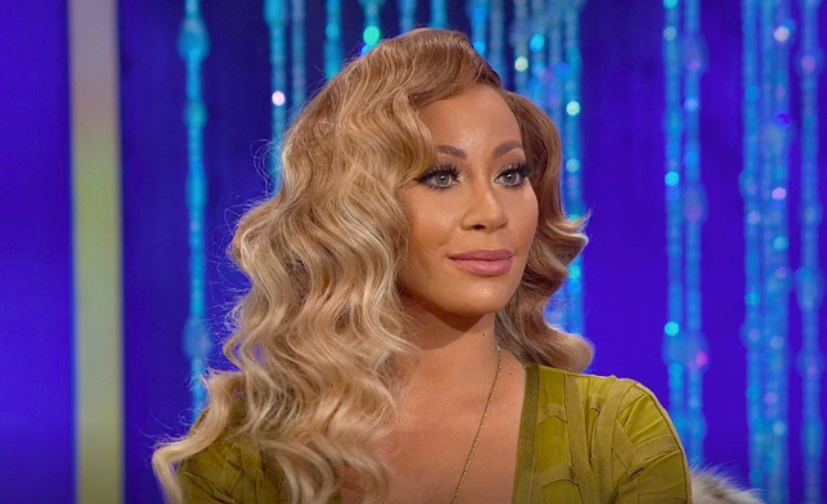 Hazel E is once again in the news because of her drama with a makeup artist. She is accused by her makeup artist who worked with her in the Zeus Project for not paying for her. Now there are two sides to the story.

According to Bebe makeup who accused Hazel E of non-payment, the actress is holding her check because she likes a post by Masika Kalysha. For those who are not aware of this, Hazel E shares a volatile relationship with Masika.

You can learn more about their feud if you check the earlier seasons of Love and Hip Hollywood. The situation between the two reality stars is so heated that they even fought physically with each other.

Bebe Makeup took to her social media account to let people know about the truth. She uploaded a screenshot of the messages that were exchanged between her and Hazel. In the messages, we can see Hazel saying that she should ask to go and ask her payment from Masika.

Things didn’t stop here, as Bebe Makeup went ahead and even posted the screenshots of the DMs that were sent to her by Hazel E’s fiancé De’Von Waller. The messages were full of abuses and threats.

Waller went to the extent of calling the celebrity makeup artists a hoe. He also said that she was fired from her work because of her unprofessional and rude behaviour. He also added that she should stay in her limits or else things will not be good for her.

After receiving these threat messages from Hazel’s fiancé, she went ahead to file a police complaint on this Monday. According to reports, she filed a report against both Hazel and her fiancé De’Von terroristic threats and theft of services.

Bebe Makeup seemed to be really pissed with Hazel and her fiancé as she wrote on her social media account that she has both pictures and videos as proof. She even mentioned that Hazel didn’t pay her because she liked Masika’s post on Instagram.

According to reports, Hazel and Masika recently had yet another feud, while working for Zeus Network. Their intense feud got so worse that they had to call the police. Not just that, but Masika was spotted at the back of an ambulance.

For now, we do not know who’s right and who’s not. All we know that Hazel and the makeup artist are not going to let go of each other easily. They are ready to meet each other in court to resolve their issues.