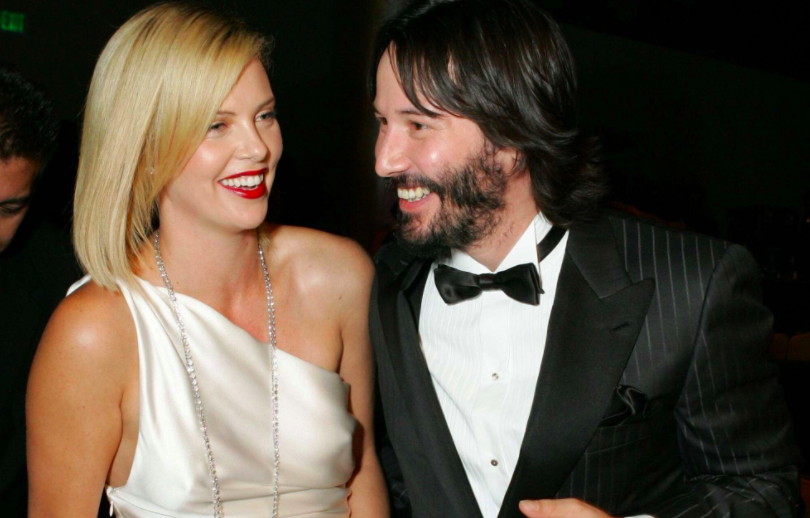 Fans of Keanu Reeves must already know that the actor recently turned 56 years old. The fact that he doesn’t look his age is a different story. But we are here to talk about the special birthday wish that Keanu Reeves received on his big day.

Charlize Theron happens to be Keanu Reeves’s real-life friend and co-star. They are very close to each other, but obviously in a friendly way. On his 56th birthday, Theron celebrated him in a very special way. Theron took to her social media account to pay a tribute to the talented actor and friend. It is needless to say that her birthday post for Reeves has caught a lot of eyeballs.

We cannot get over the fact that Theron called her real-life pal handsome! It is good to see that Theron spoke her heart without shying away.

She posted a throwback picture of her friend and wrote that she loves this handsome man and then wishing him Happy Birthday. She also said that Keanu is the best human being she knows.

In the past, both of them have appeared in two different movies. Not just that, but they have been really good friends in real life as well. Their long time friendship is nothing new but we are enjoying the ‘aww’ moment after seeing her birthday post for Keanu.

The first time the pair worked together was in 1997 when they appeared in the movie The Devil’s Advocate. Later, they came together on screen, once again in Sweet November which was released in 2001. To see their on-screen chemistry, you must check out these two movies, if you haven’t seen it yet.

After seeing Theron’s post for Keanu, fans couldn’t hold back and started pouring in comments. They started expressing their love for the actor and also wished him his birthday. They also expressed their wish to see the pair once again on the big screen.

One of the comments read that they are expecting a reunion soon in either Atomic Blonde or John Wick.

Some fans made it clear with their comments that they are shipping them.

From all the lovely comments received on the post, we can see how much fans love the pair and how badly they want to see them on-screen again.

Another comment on the same post read that they wish the pair would have got married in real life as they look lovely together. They also said that Theron has touched everyone with her post.

The post received many such comments and heart emojis. This shows that fans loved their little public interaction.

But on the sad part, for those who want to see the couple together on the big screen, they will have to wait. That’s because there is no news or upcoming project where both of them will be paired once again. Also, Keanu Reeves is already stable and is in a lovely relationship.