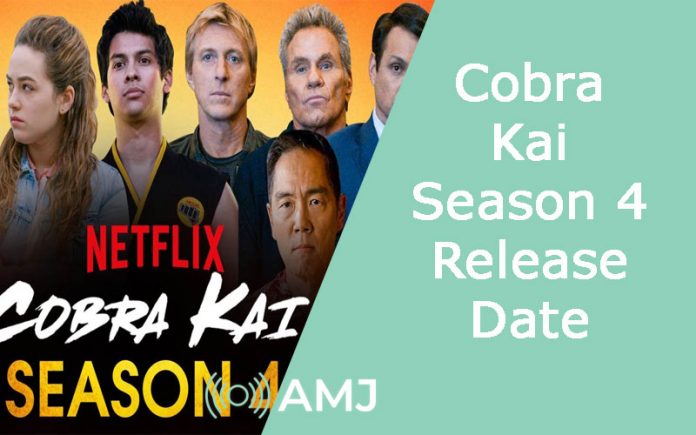 If you have watched Karate Kid and liked it, chances are that Cobra Kai going to be right up your alley. with the final production for the fourth season done, the audience is pretty excited about the launch of the fourth season, which is expected to come out in the late 2021s. For a series that started for YouTube’s premium service, it was quickly snatched up by Netflix, thanks to the growing popularity of the show.

Season 3 of the show aired during the first phase of 2021 and right after the completion, the show got a renewal for the fourth season, leaving its audience happy about its gradual return. It was during the pandemic that the show witnessed a huge influx of audience from across the globe, driving the producers to give the audience what they want.

From the new to the old characters, Cobra Kai has been consistent with their seasons and the kind of content that they put out with each season, so it isn’t surprising that the audience is pretty excited for the fourth season now.

When is Cobra Kai Season 4 coming out?

Although there is no official confirmation about the exact release date for the show, the producers have confirmed that the trailer along with the actual season is going to air in the last quarter of 2021. So, the audience can expect the official release date to be somewhere between October to December 2021.

The cast and crew of Cobra Kai started filming for Season 4 back in February 2021 and finished wrapping up the filming in May 2021. Following the three and a half months of rigorous filming, the cast is done and it is now all about the post-production features.

Who is cast in Cobra Kai Season 4?

The cast of Cobra Kai has been pretty consistent since the first season, witnessing the recurring cast members with a few additional new faces. This season also, the cast is going to include a mix of old and new faces.

Some of the pivotal cast in the fourth season will include:

Aside from these regulars, the show is also going to witness the entry of two new cast members, Dallas Dupree Young and Oona O’Brien. They are expected to play regulars on the show henceforth.

What can the audience expect in Cobra Kai Season 4?

Now that everything is confirmed, the audience is pretty stoked about what to expect from the show’s fourth season. Chances are that the fourth season will further emphasize the 51st All-Valley Karate Tournament. There aren’t any further leaks about the possible plotline for Season 4, which leaves the audience in darkness at this point.

Also, there is no trailer for Season 4 yet, which means that the audience will have to wait to figure out what is in store for them in the fourth season.