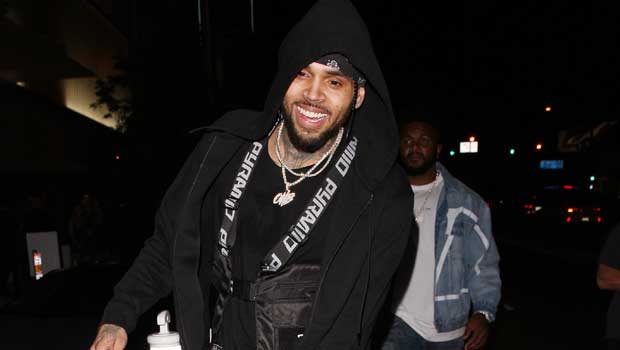 Chris Brown has always been in news because of his private life but mostly for bad reasons. However, this time it is different. The singer may not be a loving boyfriend or husband, but he is a great father. We have always seen him be very close to his kids.

Recently, the singer revealed that his son Aeko is already saying his first words and one of them is ‘dada.’ It looks like Aeko is growing up fast. After Chris Brown shared a short video clip of his son saying dada, fans started pouring in their loving comments. The first words of Aeko impressed the fans with his talking skills. You must check out the video clip to see how adorable the toddler looks while saying dada.

Chris Brown has given his daughter a new baby brother who is growing up fast. For those who don’t know Chris had his son with Ammika Harris. It feels like just yesterday that he had his son and he is already showing off his talking skills.

Right now Aeko is nine months young. But unfortunately, Chris is unable to be with his son because he and Ammika are being quarantined in Germany. However, he is at least lucky enough to have heard the toddler calls him dada remotely. After they are done with their quarantine, they can get together with his son.

In the short video clip, we can see Aeko being very adorable. He is not only trying to utter his first words, but he is also giggling. While uploading the video, Chris wrote in the caption that his son called him dada for the first time and then mama. He expects his son to learn to say roro the next time.

By Roro, it was clear that he was referring to his daughter Royalty Brown. It looks like Chris has been trying to teach his son say Roro. Royalty happens to be Aeko’s half-sister.

The entire video clip is precious. Fans were out of words to see the baby speak. Sadly, the video didn’t have the part where he said dada. But the baby looked adorable and that was enough to melt the fans.

There is no doubt that Aeko will grow up to be a smart kid. In just 9 months, he has started to speak his first few words. Soon he will be able to speak and utter more words. This shows that he is quite intelligent. Hopefully, we will get to see more videos of Aeko as he tries to say more words.

Meanwhile, Chris and Ammika are separated because of the pandemic. While Chris is stuck in quarantine in Germany, Ammika is with his son and keeps him updated on his activities. She tells every little detail about Aeko to his father who is stuck in quarantine. We hope that the family is reunited soon.

Amid all this chaos, this video clip was perhaps the best thing on the net.