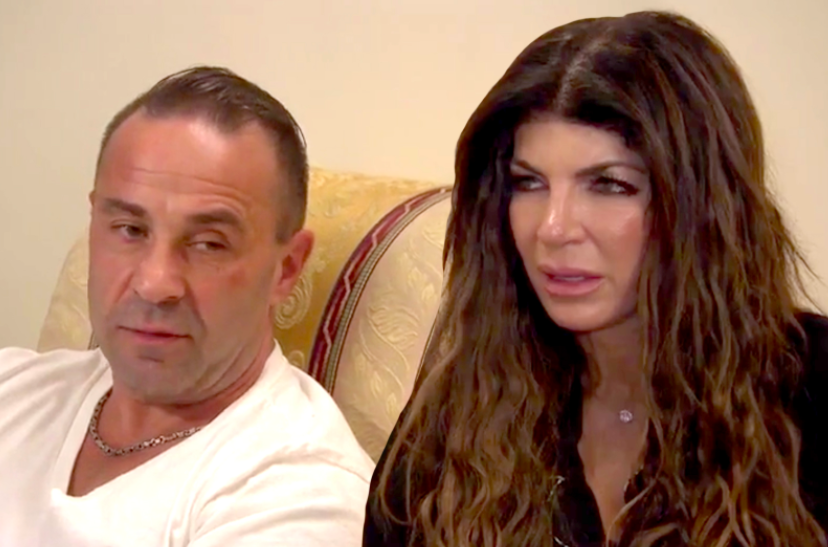 After divorcing husband Joe Giudice, Teresa Giudice is now all single. This means she is free to date or gets involved with anyone she wants.

It is been reported that her friends are trying the best to set her up on dates and that she is having fun. This was told by a source to HollywoodLife.

Teresa Giudice is once again exploring the dating world, after having a failed marriage with Joe Giudice. Just so you know both of them were together for a long time. Despite that their marriage didn’t work out which is quite sad.

Although Teresa is having a lot of fun with her dating life, she is still healing from her divorce with Joe Giudice. According to an insider, she may be having a lot of fun in meeting new people, but she is mentally not prepared to get into a serious relationship. The insider laid stress on the fact that she is far from being ready to date anyone else.

The source said that Teresa is enjoying herself flirting and going around with some new men in her life, but as far as dating is concerned, she is not ready for it. She will not be getting into any serious relationship any sooner. It will take her a long time before she is ready as she is still recovering from her separation from her ex-husband. However, her friends are trying hard to set her up with an ideal match. She feels weird to date anyone else because of her daughters. But once they grow up, then she may think of dating someone. Also, her daughters are not ready to see their mom with someone else. Not just that but even she is busy filming and dating is not in her priority list right now.

The source went on to explain that one day when she is ready, she may start dating again. But for now, she is focusing on her acting and also recovering from her past relationship. Right now she is in the best place and living her life. The good thing is that her girls are also doing great as they are getting to spend more time together. Gia is with her mother now which has helped her a lot to recover from her failed marriage. She can go out with her daughters and refresh her mind.

As far as Joe is concerned, he is not dating anyone. Both of them are prioritising their four daughters right now. They may have separated from each other, but they are still fulfilling the duties of parents. They want to be responsible parents to their daughters so that their separation doesn’t affect them in any way.

Looking at the current situation, we know that both Teresa and Joe are recovering from their divorce. We hope time to heal their wounds so that they can move on in their lives. The daughters are staying with their mother for now. They are supporting their mother in her tough time.