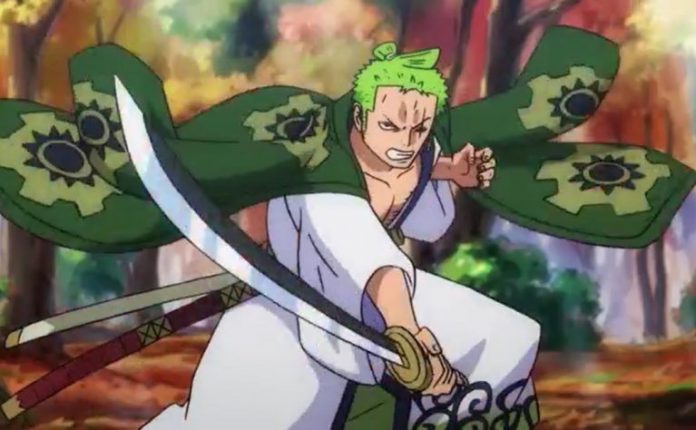 Prisoners bow their heads on their knees as Momonosuke stands in front of them. Momonosuke has made a promise to protect them and he also promises he will take the Land of Wano from Kaido & his allies. He also makes a revelation that he is the Daimyo of the Land of the Wano Kozoki Momonosuke’s heir and thanks to the prisoners for their patience and waits for over 20 years.

Ninjas chase Zoro and Komurasaki in the forest and Zoro tells Komurasaki tao run without any fear. Blue Ninja throws Shuriken in Zoro’s direction. Zoro will block it and tell Komurasaki to run. As Zoro manages to cut four Ninjas a group of Ninjas passes Zoro while he fights with pink Ninja. The house in which Komurasaki is hiding is now surrounded by them.

One Piece Episode 952 is all set to release on 29 November 2020, Sunday. It will be released by 9:30 AM JST. Every Sunday, the anime will release its new episode. You will find the spoilers of the next episode below, so feel free to skip them if you don’t want to know.

Recap of One Piece Episode 951 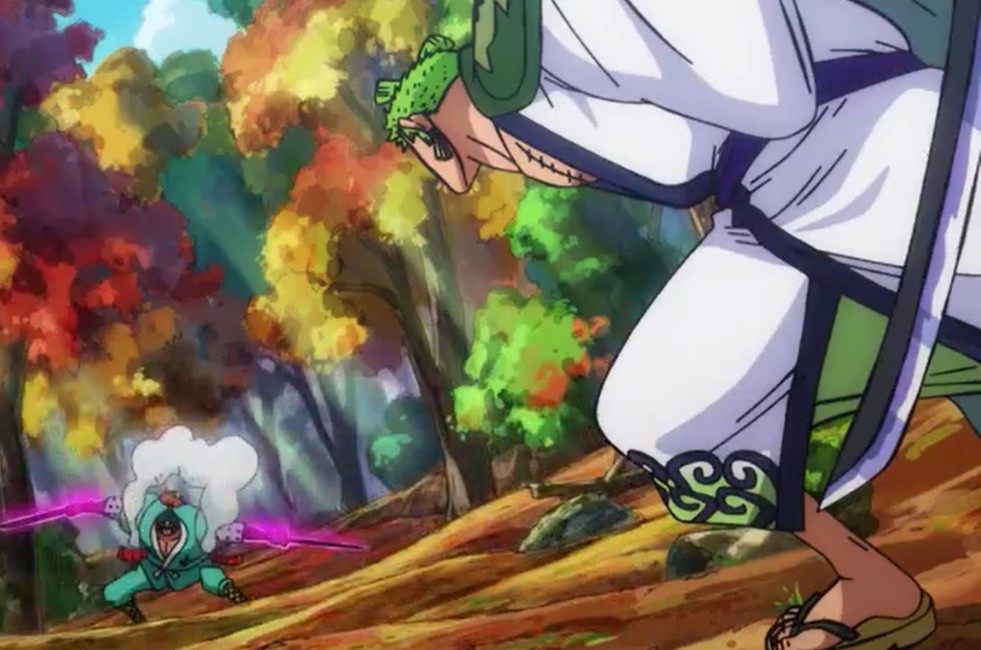 As the attack is about to happen, Zoro will jump from the sky and release two-sword style. In a single hit, Zoro will attack all along with Tower climb return. In the pink dolphin, the head of Ninja is shown flying. The ninja will attack Zoro and says Zoro is a key criminal as he displayed his sword at Orochi-Sama. Sword exchanges happen between both and only lightning is visible.

Zoro will get furious as the samurai acts rough imagining he is on par with Zoro. As the samurai aims for a blow, Zoro will slice him into two halves along with 2 swords. Komurasaki is seen coming out of the building and apologizing for putting Zoro in trouble. Zoro says he can’t face Momonosuke if he kills her.

Zoro says he wants to get the third sword before the battle begins. He tells Orochis Hunting party is very much weak. Komurasaki is concerned about Otoko’s safety. Zoro confesses he will avenge Tonoyasu. He also says he will not forgive Orochi. Orochi is furious at the police for making Zoro escape. The officer reveals that they have held Law. Orochi gets happy that they can torture Law now as per their wish.