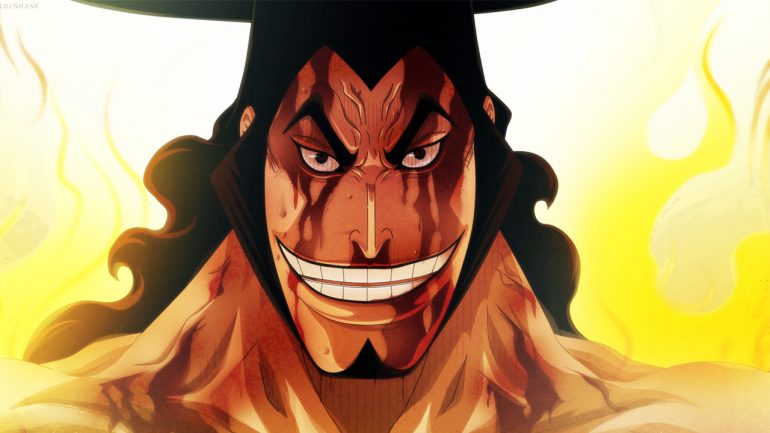 After 20 days, One Piece manga returned this Friday’s Shonen Jump. The new chapter 992 was a highly anticipated one. The reason behind the delay is that Eiichiro Oda fell sick and took a few days off.

But it seems like that he has made the most out of his little holiday. This new chapter is the cleanest in the One Piece manga. Even the paneling is perfect as well.

The sea emperors are the most powerful people and have large crews under them. In this arc, Kaido is the Emperor and he is fighting against the Scabbards of Oden in an epic battle.

The Scabbards want to beat Kaido out of their country. The attacks made by the Scabbards have injured Kaido. Things have got pretty dangerous and rough for the emperor. There are high chances that they can overpower him.

The Scabbards happens to follow Kozuki Oden, who is one of the strongest samurai in Wano. He can also speak many ancient languages. The visible scar on Kaido’s body is given by Oden. He used his two-sword technique to hit Kaido which gave him that scar.

Once again Kaido is hit by the same attack, but only this time it is done by the scabbards. They are hitting the same place for more damage. Since Kaido is injured, there are chances that he may lose to the scabbards at any moment. No doubt, this was a beautiful chapter.

As far as we know Chapter 993 is going to be out on 26th October at midnight JST on the Manga Plus website.

In this new chapter, Kaido will face a counterattack against the Scabbards. The scabbards are Oden’s disciples, but they are not as potent as him. There is still a chance that Kaido will be able to defeat his enemies. But surely, he will have to go through a tough fight to come out victorious. This will lead to the main fight that is yet to come.

Many readers are wondering what happened to Big Mom as never returned after Jinbe and Robin sent her down the castle. It turns out that she found her Son Perospero and other crew members down there.

Perospero said that Big Mom could not be a part of his alliance as she wants to be the pirate king herself.

Read more: One Piece Chapter 997 Official Release Date, Previous Chapter Recap, And Where To Read It