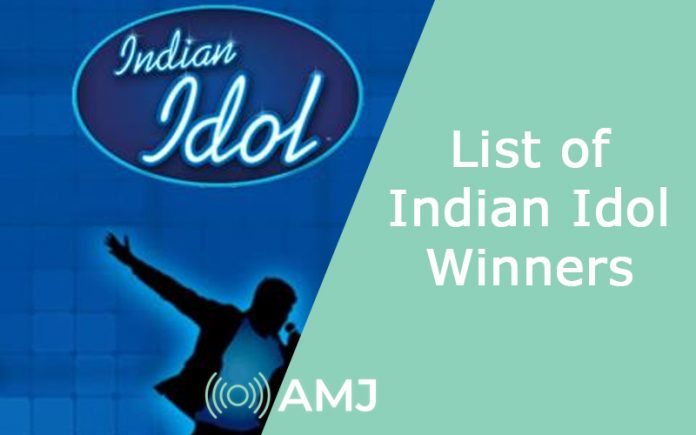 If there’s any singing reality show that is popular in every household in India, then it has to be Indian Idol. Currently, the show is in its 12th season and it seems like its popularity is only growing with every passing season.

Indian Idol is the most-watched singing reality show in India. Just so you know it is inspired by American Idol. The show was first broadcasted in 2004 and since then it has become a permanent part of our lives. It offers a platform to aspiring singers to unveil their talent and establish themselves as successful singers.

With every Indian Idol season, we have received a winner and two runners-up. Presently, the show is airing its 12th season and fans are eagerly waiting to see who the winner will be.

Throughout seasons we have witnessed the life-changing stardom of the participants. Indian Idol not only focuses on the singing but also on the holistic development of each of the contestants. Singers like Neha Kakkar, Abhijeet Sawant, Monali Thakur, and Salman Ali, are great assets to the Indian music industry. They have also risen to stardom from this show.

Today, we have taken the opportunity to prepare the list of all Indian Idol winners in the last 11 seasons. Before we get to know who the season 12 winner is, let us go through the list of talents that the show has given us.

Indian Idol Winners in All Seasons

Here is a curated list of all the Indian Idol winners, all seasons.

Abhijeet Sawant is the winner of the first-ever Indian Idol. From being a participant to winning the Indian Idol tag, he has come a long way. Today, he has become a successful playback singer and has sung many songs during the 2006-2017 periods. He even sang for the hit movie “Aashiq Banaya Aapne.”

He made his debut in 2009 with the movie named ‘Lottery’. He occupied the 3rd rank in the Asian Idol contest that took place in Jakarta. He also hosted season 5 of Indian Idol and took part in the popular dance reality show Nach Baliye in 2008.

Sandeep Acharya is the winner of Indian Idol season 2. Even though he won the contest, he couldn’t leave a mark in the music industry. He was a guy with great aspirations and thrill. But unfortunately, he breathed his last on December 15, 2015. The reason for his demise is Jaundice.

Season 2 of Indian Idol had many tough competitors including Monali Thakur and Neha Kakkar. Despite that Sandeep managed to grab the Indian Idol crown. But unfortunately, he couldn’t shine bright in his singing career.

Prashant Tamang won the Indian Idol crown in season 3 in 2007. During his time in the show, he was one of the audience’s favourite. After his victory, he released as many as four albums during the 2007-2016 period. He also appeared in some Nepali films. But unfortunately, the films failed to perform well at the box office. The winning of Prashant fuelled the political aspirations of the Darjeeling people as they want their separate land. Tamang received ten times more votes than Amit Sana.

Prashant was the first northeast Indian to win the Indian Idol title. As the winner, he was awarded Rs. 1 crore, an album contract, and a Maruti Suzuki SX4. He released an album named ‘Dhanyavad’ which was gratitude showed towards his family and friends as they supported him to reach his goals. Season 3 also produced another known face, Meiyang Chang. Even though he did not win the competition, he emerged to be a prominent personality in the music industry. Today, he is working as an actor, host, and commentator.

Sourabhee Debbarma, a girl from Tripura was the first-ever female to bag the Indian Idol title. She impressed the audience and judges with her melodic voice and sweet smile. On her victory, she won Rs. 1 crore, an album contract, and a TATA Winger. She made her way to the Guinness World Record by singing upside-down for straight 4.5 minutes.

She has worked with many big music companies and has been quite active in the industry. She has entertained the audience in many live concerts both abroad and India. She even judged the show called ‘Voice of North East.’

Sreeramchandra Myanampati won season 5, Indian Idol in 2011. Coming from South India, he left his mark on the show. Today, he is a successful playback singer and has lent his voice to many Tamil, Hindi, Telugu, Kannada, and Marathi films. In case, you didn’t know he even sang for the hit Bollywood movie “MS Dhoni- The Untold Story.”

He was awarded the Mangeshkar Award by the Government of Andhra Pradesh. Sreerama won Rs. 50 lakh prize money, a TATA Winger, and a music contract. He has lent his melodious voice to many Bollywood movies, including Race 3, Yeh Jawani Hai Deewani, and more.

Vipul Mehta emerged as a successful singer after winning the season 6 Indian Idol title. He came to the show with no background in singing. He started getting classical singing lessons at the age of 8.

Before coming to Indian Idol, he bagged the runners up title in the ‘Amul Star Voice of India 2.’ Vipul is a highly ambitious singer who wants to establish himself in Bollywood. Presently, he impresses everyone with his playback singing talent. He has done many albums and movies like Vande Mataram, Hello Namaste Sat Sri Akal, Pukaar, and more.

Anjana Padmanabhan is the winner of the first Indian Idol Junior contest. She possesses an incredible voice that impressed everyone in the show. With her impressive voice, she won the hearts of judges as well as the audience. She conquered the show by nailing her final performance which brought her the Indian Idol winner crown.

She started getting lessons on Carnatic music from a very young age.

She was in the top seven in another reality show named ‘Super Singer 3.’ Recently, she performed in the singing reality show called ‘Taare Zameen Par.’

Ananya Sritam Nanda is a small-town girl from Bhubaneshwar who won season 8 of Indian Idol. Even the show was named Indian Idol Junior Season 2. This brought her a golden opportunity to be a part of Universal Music India for two long years. Besides that, she also won Rs 10 lakh as a cash prize.

Her extraordinary voice attracted many of the prominent personalities in our country, including PM Narendra Modi, and some of the famous singers. She entered the Indian music industry with big dreams. Her very first album was named ‘Mausam Mastana’. Later she sang for the movie ‘M.S. Dhoni: The Untold Story.

LV Revanth has crowned the Indian Idol in 2017. He is one amazing singer who deserved every bit of this prestigious title. Many of you may not know this, but before Indian Idol, he participated in more than 10 singing reality shows. Surprisingly, he won most of them. But his victory in Indian Idol was the peak point in his singing career.

After Indian Idol, he sang over 150 songs in Telugu and Kannada films. He sang for the hit movie Baahubali.

With a mesmerising voice, Salman Ali bagged the title of season 10 Indian Idol. He won Rs. 25 lakh and the keys to a Datsun Go car. He came under the limelight just after his victory. He also participated in Sa Re Ga Ma Pa L’il Champs 2011 and occupied the runners-up potion.

After winning the Indian Idol show, he emerged as a playback singer and made his debut with the song named ‘Sab Badhiya Hai’. He has also sung the theme song of the popular TV Show named ‘Chandragupta Maurya.’

Sunny Hindustani is a small-town boy from Punjab. He is the winner of season 11 of Indian Idol. From a poor family to winning the crown of Indian Idol, Sunny has come a long way. With his impressive voice, he not only won the hearts of judges but also of the audience. He made it to the winner’s list after nailing the finale episode.

He received tons of votes that helped him win the show. He was offered a song contract with the most famous Shankar Ehsaan Loy.

So these are the past winners of the Indian Idol singing reality show. Season 12 (2020-21) is yet to start. If you want to showcase your singing talent on this platform, you can register for auditions.

Indian Idol has changed the lives of many young boys and girls. It is a great platform to showcase your singing talent. It allows you to establish a career in singing for yourself.