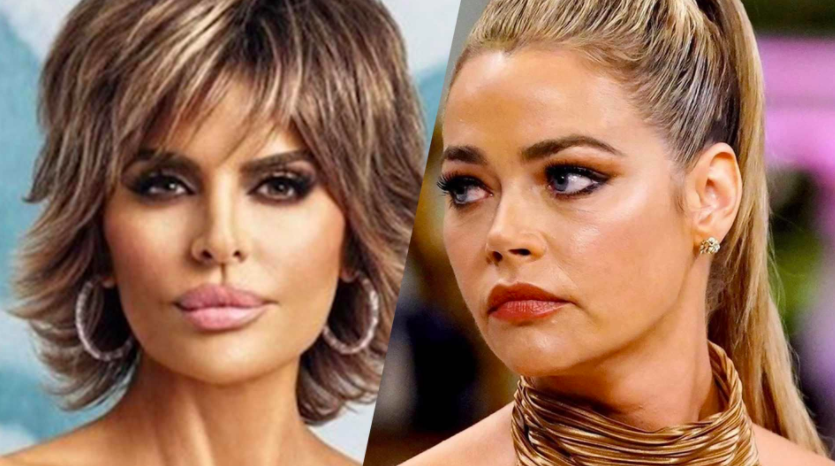 If you follow celebrity news closely, then you must already know about the feud between the two actresses Denise Richards and Lisa Rinna. But there is some good news that you would like to share with you guys.

After their huge fight, Richards now wants to fix her relationship with Lisa Rinna. She is in the mood to talk to her again. But she has one condition and that is Lisa must apologise to her.

According to an insider, Richards no longer regrets her fight with Lisa. She also doesn’t care about their drama anymore.

If you remember, their fight started when the two actresses started arguing over a tweet during the reunion of the tenth season of The Real Housewives of Beverly Hills. Since then things have been bad between them. But now all of a sudden Richards wants to end their drama and move on. However, Richards would fix things only if the other lady apologises to her which we doubt she will.

For those who don’t know Lisa accused Richards of liking a tweet that said Lisa should be thrown out from the reality television show. This angered Lisa a lot and she started defending herself which initially led to a feud between the two actresses.

In response to this Richards said that she liked the post only because it had a shady comment for some other person on the cast and that is Erika Jayne. However, her answer was not good enough for Lisa who then went on to drag the fight further.

Andy Colen had asked Richards that whether she liked the post because of Lisa. But she sticks to her answer which is ‘No.’ She also said that it was an accident and what Lisa believes is not the truth.

According to an insider who spoke to HollywoodLife said that Richards was upset because of how the season ended. However, she doesn’t have any regrets about it. She let the truth out and stick to what she believed and not what Lisa said. She is glad that all that is over now.

The insider also revealed that Richards would like to regain her friendship with Lisa as they have not been in contact with each other since the reunion happened. However, she feels that Lisa owe an apology to her and she would fix things only if she apolosgised first.

Coming to the show, we are not sure whether we will get to see Richards anymore on the show or not.

As far as, we know Richards is yet to make up her mind to come back in the next season of The Real Housewives of Beverly Hills. She no doubt loves the show, but at the moment she wants to focus on her acting career. But no one should think that her decision is influenced by Lisa.

We hope things get better between the two ladies.