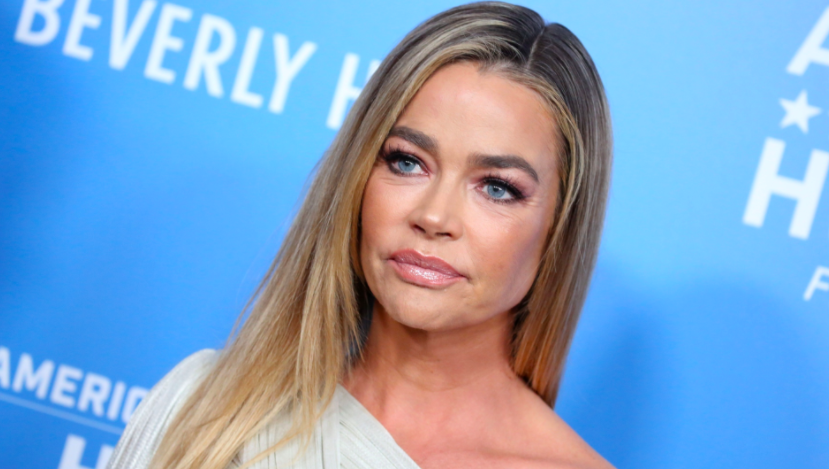 We all know how busy is Denise Richards schedule. Apart from filming for the show Real Housewives of Beverly Hills, she also has a home to manage and has three kids to take care of. All this keeps her busy all day long.

During the reunion time, many people noticed something unusual about her looks. This triggered them to comment on her appearance. She came for the reunion with red eyes and looked pretty exhausted.

Well, there is nothing to get surprised. When you have such a busy schedule to run, you are supposed to look like that. But as you cannot change the habit of certain people, they targeted her to accuse her of doing drugs.

Few people saw the opportunity and accused her of doing drugs. But the actress was not the one to keep shut. She immediately shut her haters and also clarified why she had red eyes.

Only people close to her know including her associates that she is allergic to makeup powder.

The actress went on to explain that she is allergic to makeup powder. She has tried many products, but it was useless because as soon as she used them on her face, her eyes would turn bloodshot red as in this case. Not just that, but her nose also starts running. She says that drops are helpful only on the first day, but later nothing works. She asked people to suggest a makeup powder that wouldn’t cause any allergic reaction. She mentioned that because of this reason they had to change her blotting paper and cream shadows in the production in Spain. Lastly, she says that any makeup artist who has worked with her would know about her condition.

If you ask us what about the exhausted look on her face, well, she has an extremely busy schedule to follow.

A few of you have asked me about my eyeballs on the reunion show. I just responded to someone on IG asking the same question… would love your help if any of you have a solution💕 pic.twitter.com/Do5FH7lzvi

One of the fans commented that Richards ran away from the camera so that people don’t get to know that she is on drugs. In response to this comment, Richards wrote that she didn’t run away. She likes to deal with her problems and then move on. She also said that she has a very busy schedule. Other than working on sets, she has to go back home and take care of her three children. If she would be doing drugs, then managing all this work wouldn’t have been possible.

We believe that Richards has given a befitting response to the person who commented on such a thing. Sometimes, we forget that everyone has their own lives and they have the right to live the way they want. Celebrities are indeed public figures, but at the end of the day, they have a life too and a home to go back to. Once they are done with acting, they return to their homes to their kids and families and take care of them. Managing all of this can be tiresome. Moreover, we shouldn’t just pass comments on anyone without knowing their story.