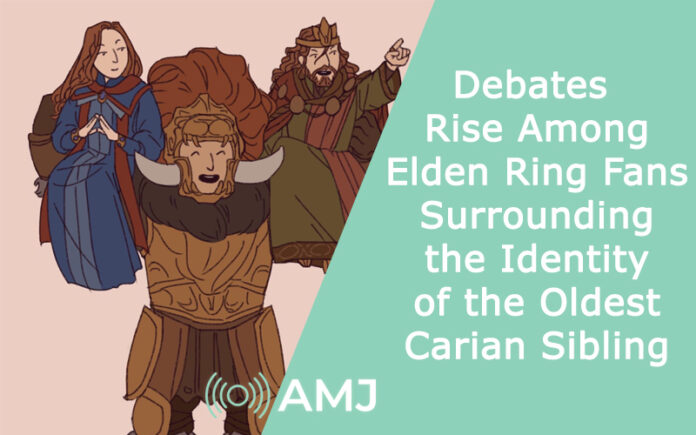 Elden Ring has been in the news recently, thanks to their official launch of the art book. However, that’s not all though because there’s been a lot of debate online regarding the Oldest Carian sibling and her true identity.

Despite what many players think, Elden Ring has sparked a lot of controversies and questions among users. Filled with several intriguing characters, Elden Ring is quite an interesting game. However, two of the most important clans that dominate the game are Golden Order and the Carian family.

Although the game features a very complex relationship between these two groups, a lot of interest has sparked between them.

Under the Golden Order, you have Erdtree, Queen Marika, and the Royal City of Leyndell whereas, the Carian Family consists of the Academy of Raya Lucaria and Queen Rennala. Although the complexity of their relationship leaves a lot of unanswered questions, one thing that has managed to spark the interest of the users is determining who the oldest is among them all.

Picking on that, the players are now in the process of debating who is the oldest sibling in the Carian Family.

While some believe it’s Radahn due to his martial nature and his fierceness, some believe Ranni is the youngest of the three because of her lunar sorceries. What most users seemed to agree on is the fact that Rykard is most likely the middle child. The main reason was that he was neglected by his parents and is an outcast as well.

What sparked the maximum debate was between the players who believe that Ranni and Rykard could be the oldest. Although there are a lot of budding theories, nothing can be known for sure until the lore solves the riddle in any of the upcoming upgrades.

Also, the developers haven’t shed any light on the birth order of any of these three siblings, further introducing a lot of confusion along the way. So, if you are sitting there wondering who is the oldest sibling in the Carian family, we’d have to say that it still is a mystery.