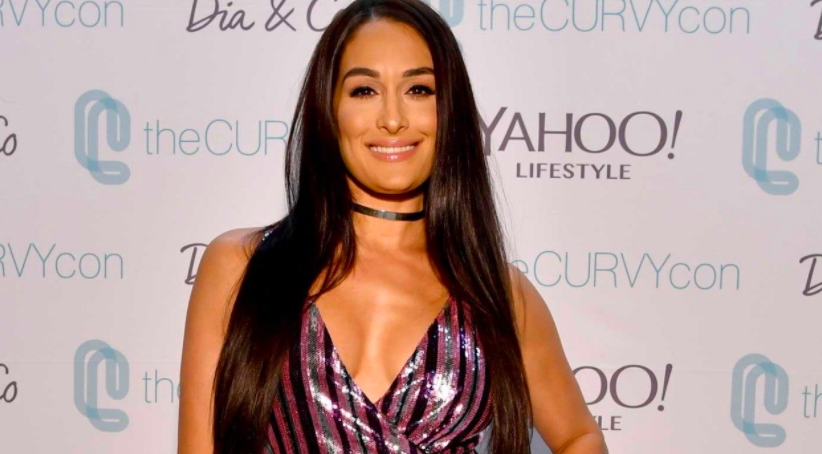 As you all know Nikki Bella is currently busy enjoying her new motherhood with her little son Matteo who is just a month old. But she has to adjust living like a single mom as Artem Chingvintsev is once again hired as a choreographer for Dancing with the Stars.

The sad thing is that the couple belongs from Arizona which means Artem has to travel to California for the show and his rehearsals.

If times would have been normal, Nikki could have hired a nanny for her baby. But due to the pandemic situation going on, she is no way willing to risk it. She is responsible enough to take care of her baby on her own with Artem being in California.

Right now Nikki is all alone with Matteo and looking after him, while Artem is in California for his show.

Nikki explained on Bella’s podcast that Artem has been rehired for Dancing with the Stars. This has left her all alone with son Matteo. Due to COVID-19, she doesn’t want to hire any help and risk the health of his one-month baby. She has to take care of her son all by herself with no help from anyone. However, she takes some help from Daniel and Brie which has been an amazing experience for her.

She misses Artem badly as he is a great father. But now that he is busy with his show Dancing with the Stars, Nikki has to manage everything on her own.

Nikki also had a word with the People Magazine. She said that she is not sure how well she can handle everything without Artem. As a father, Artem is very attentive. He can take care of the baby any time when she needs a break. Not just that but he is also pro in changing diapers and never complains about it. He is very helpful and at the same time, it’s cute to see him doing all the dad duties. Now that he is not here, she has to swaddle Matteo to make him sleep as Artem did the same.

She also said that he is an amazing father and does more than she ever expected. She never thought Matteo to be such a good father as this is his first time. She always wanted to have a baby and so did Artem.

We can understand that it’s a hard time for Nikki as she has to handle everything by herself. But she is doing well given the fact that she is a first-time mother. On the good note, Nikki doesn’t regret the fact that Artem has to return to the show. They both seem to have a great understanding as it was their mutual decision for Artem to get back at the show. She believes that Artem should do a job that he loves and get back on the sets of Dancing with the Stars makes him super happy.