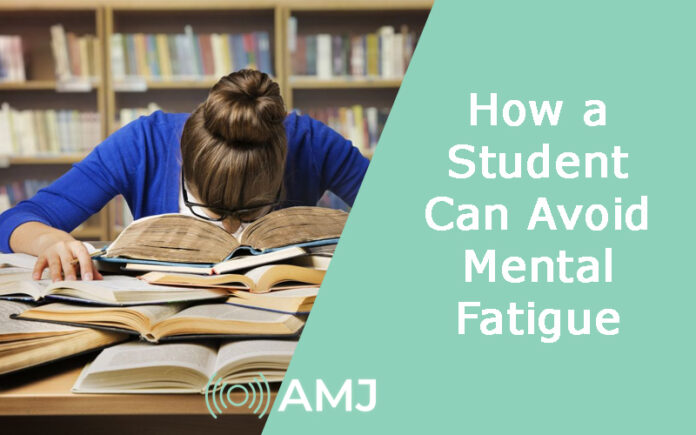 The human brain uses an enormous amount of energy that we often don’t even think about. As a result, of course, our brain feels incredibly tired, and all we can do is lie down and stare at one point. Let’s try to figure out what the true causes of mental fatigue are and how best to deal with it.

First, we have to understand what it really is. Like ordinary fatigue, mental fatigue is a condition resulting from strenuous or systematic brain activity. But there is one difference between the two: fatigue is experienced by the mind, not the physical body. It is felt as the inability of the brain to perform its functions properly as if everything were in a fog. In this background, even when doing some easy things, you cannot concentrate, and, accordingly, you spend more time on it.

Probably many are familiar with the situation when at the end of a difficult work/study you read the same passage of text several times, but still do not understand what is being written. This is an example of brain fatigue. There are two kinds of mental fatigue:

2 Chronic – occurs due to ignoring the first signs of mental fatigue, often leading to burnout.

What are the causes of brain fatigue?

So, this phenomenon has several factors:

– related to the activity of the brain in general (poor concentration, inability to properly plan your work and your time).

It is important to remember that the appearance of any fatigue can have trivial medical reasons. So, if you have a feeling that your brain is too tired for a long time, it is better to immediately contact a specialist.

Factors for such cognitive overload may include:

The terrifying fact is that even if you are now just thinking about a task without doing it, it also tires your mind. Nowadays, tossing between a huge number of tasks has become the norm. Instead of concentrating on a major subject and pay for an essay on another subject, the student tries everything and at once, ending up not completing any of the tasks to the end.

Try to imagine the following situation: a chess player, playing a game, trying at the same time to plan his moves, do an analysis of the other player, respond to messages in messengers, and place an order in an online store. What do you think he gets out of it? That’s right, by spreading out on multiple tasks, he’s just going to run out of steam. He will not only lose to his opponent, but he won’t be able to do a single thing properly.

How to avoid mental fatigue?

If you have a hormonal malfunction, you need medical intervention. As for the rest of the cases, you can manage them on your own.

How to manage your attention?

Our brain is like a computer, it has a kind of working memory (there is one part of the brain that deals with more daily tasks). Increasing the size of this memory is impossible, but you can begin to optimize it – controlling your attention so that you expend as little energy as possible, and consequently reduce the risk of mental fatigue. Start by doing the following:

Biorhythms are a serious thing and have a tremendous impact on us and our bodies. Even a good diet and healthy sleep can’t give you an absolute guarantee that your energy levels will be at an all-time high. Our biorhythmic system is built in such a way that energy can bounce up and down all day long. This is a type of biorhythm, called “ultradian rhythms” (lasting less than a day).

Unfortunately, there is nothing we can do about it. The only thing we can do is to adjust our intentions to these rhythms. To do this, we have to figure out when and how they work for us. To do this, simply set an alarm every 1.5 hours and note your state at that moment.

So, we’ve shared with you the most effective ways to save energy that will help you. However, for all the tricks and tips, we’re only human. Don’t take on too many tasks, listen to your body, and never forget to rest.

Many successful people tell us, “A good rest helps you to work better”. And indeed, during the breaks/weekends, we can reevaluate this or that situation, and gain strength and inspiration. If you plow 24/7, sooner or later you will burn out. To prevent this from happening, give yourself time to rest and take your mind off work. You’ll see, it will help you!