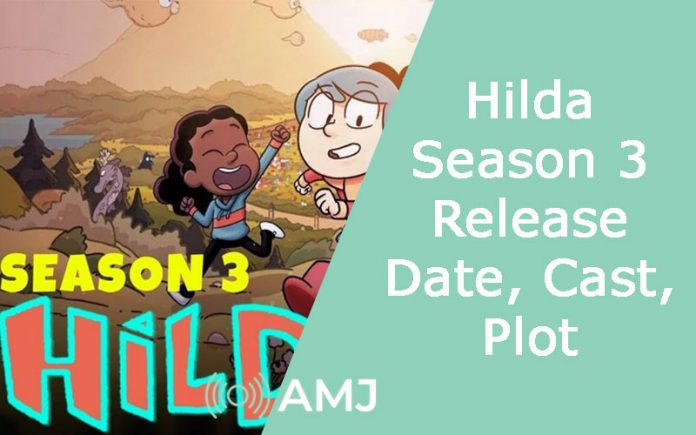 Animated series is always a fun treat to watch. In such hard and testing times where people are in a constant run for their life, having access to a light hearted comedy or fantasy show to watch is not just fun but extremely rewarding as well. Hilda is one such show that the audience has loved and appreciated, especially for its amazing plot and the comedic and fantasy plot.

The show takes the audience along a fun ride through a small girl, Hilda’s life who is constantly trying to make each day count with her zeal for adventure. The show originally debuted on Netflix in the year 2018 and has been renewed for a second season and now the audience is roped in for the third one.

When is Hilda Season 3 going to release?

If you haven’t watched the first two seasons, you will likely not be excited about the prospect of a third season. No official confirmation has been released for the third season yet; however, rumors suggest that the same is very well going to happen sometime soon.

The fans are looking forward to a yearly release schedule; however, nothing is set in stone yet. Until then, the fans can look forward to the release of the movie, which has been confirmed and is going to be a 70-minute long adventure ride. If that also doesn’t suffice your thirst, you can always binge-watch the first two seasons of the show till the third one is released.

What can the audience expect from Hilda Season 3?

The best part about Hilda as a show is that it features independent episodes but with cliffhangers that leave the audience excited about what’s to come. If you are on the same boat and you are constantly worried about what the third season of the show will bring, especially after it ends on a cliffhanger, you are definitely in for a ride.

In a few reports from outlets, it has been suggested that in the third season, Hilda’s mother is soon going to discover that her daughter is replaced with a child troll named Baba, while Hilda is left back in the troll forest.
Whether she finds her way back home or she is stuck there is a story that the third season will eventually unfold. The same kind of plotline can also be a part of the movie that Netflix is likely going to release.

Who will cast in Hilda Season 3?